The Guzmán plan, hacked by the dollar, wages and inflation 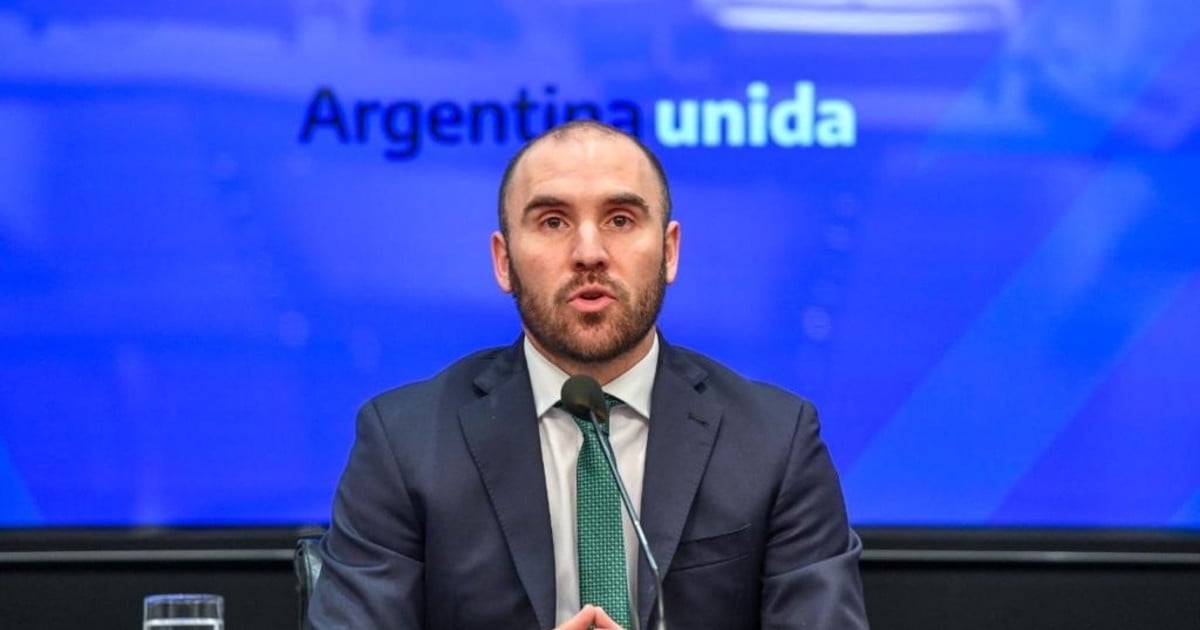 Martín Guzmán knows that a avalanche of pesos He ‘waits’ for you around the corner. His prayer “to reassure the economy”, which he cited so many times as a pillar of his economic plan, could crash in a minute.

Is that between bonuses, income tax returns and bonuses to retirees of the minimum and social programs, in the next few hours they will be injected more than 335 billion pesos to the streets. This was calculated by the consulting firm Econviews.

Those pesos, a large part, will go to the dollar. What will happen then? Consulting firm Eco Go says that “It is feasible that the official dollar for the elections is $ 102.5 and the exchange gap 80% – 90%”.

If we take into account that on Friday the gap was 72.5% (difference between the official wholesale exchange rate, $ 95.6; and the one with liqui $ 164.9), in the next four months what will be seen it is an increase in exchange rate tension.

The consulting firm Equilibra calculated that in the face of a possible disarmament of fixed-term deposits in pesos from the private sector (that people decide to withdraw the cash from their accounts and buy dollars), a partial renewal of bonds and securities in pesos of offshore and private funds , plus the issuance to finance the Treasury deficit, if all that is added “The dollarization pressure would amount to more than US $ 3,400 million in the remainder of the year”.

Economists say there are enough reserves to withstand the onslaught for different reasons. There are some numbers:

– between June and January the trade surplus could reach about US $ 7.9 billion according to a Delphos estimate. To that we must add the transfer of the IMF’s extra aid for the Covid for about US $ 4.35 billion. Although if the debt payments that will have to be made are discounted, plus the deficit for the payment of services, there will be practically no more savings. “International reserves will have a significant rise towards the third quarter of this year and then return to current levels towards the end of January 2022”, Says the consultant.

– “We continue to think that the Central Bank will not shake the pulse to use the reserves that has been accumulating to prevent the gaps from shooting up “, says Equilibra, which it calculates has the firepower to intervene for an amount of US $ 4.250 million in the remainder of the year. Even the public sector could intervene via the ANSeS, which has a stock of bonds in dollars of the exchange close to US $ 4,000 million.

Room for maneuver there

“It seems that the Government has enough instruments to keep key variables under control for the elections “says Miguel Kiguel, former finance secretary and director of the Econviews consultancy. “The official dollar should avoid any abrupt jump, the Treasury be able to renew the debt maturities that it has ahead of it, inflation to stay within the range that everyone expects and activity recovering for the third quarter thanks to the increased vaccination and the lifting of restrictions “. However, Kiguel, who has experience in the public service, points out that this management may not be without consequences for the future. “It seems that the Government can avoid a crisis in the period until the elections, but the cost of doing so will not be irrelevant”.

The question is what is the level of the gap in which it will turn on the alerts of the Front of All. Will this time reach 130% like last October?

That time Cristina Kirchner set the parking brake. I call Martin Redrado, said that the dollar was not an ideological problem (“It is neither left nor right”) and asked for a large social and business agreement agreementor. Guzmán, for his part, announced that Argentina would immediately begin negotiations with the Monetary Fund to sign a program.

What will now be that level that Cristina wishes she did not pass? What is Guzmán’s plan?

An economist who knows Kirchnerism says that this time the gap cannot exceed 80%. “More is not advisable.”

Is there a Guzmán plan?

“The Government has been following its plan, which is that of use the official exchange rate as a nominal anchor and at the same time prevent parallel prices from skyrocketing “, says Lorena Giorgio, chief economist at Equilibra. “The Government only had to adapt to the inflows of foreign currency and in recent days, to greater pressure from demand, which was also to be expected at this time of year.”

“Until last year I said that the plan was the budget. But a budget is only one year and in Argentina it is necessary to see beyond a year “, says Sebastián Menescaldi, from the Eco Go consultancy. “I think Guzmán has a plan but there are issues upset by the elections that mean that for example in May they had a fiscal surplus and they presented it as a deficit.”

“That the dollar overheats tells us that the economic plan does not generate any optimism“, says Fernando Marull, director of FMyA. “The financial summer, thanks to the soy boom, covered up the inflation problems.”

“If the dollars they have are enough to reduce pressure on the financial dollar, it will depend on the signals that the Government will give on the economic program”says Fernando Baer, ​​from Quantum Finanzas. “All of this translates into a single word: confidence. If there was a plan, there would have to be, at a minimum, objectives. And that is not clear either.

After rumors: Taliban deputy chief dispels speculation about his own death