The Group of Seven is looking to confront the pandemic 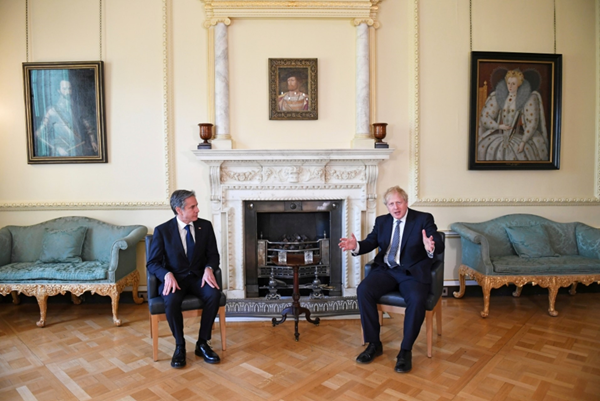 The rich nations of the Group of Seven (G7) will discuss ways to ensure a more equitable distribution of anti-COVID-19 vaccines on Wednesday, after the World Health Organization called on them to show solidarity in the face of the pandemic.

The foreign ministers of Germany, Canada, the United States, France, Italy, Japan and the United Kingdom have met in London since Monday for their first meeting in two years, and they will resume their discussions Wednesday to focus especially on the health situation.
While the progress of vaccination campaigns in Europe and the United States allows for the gradual lifting of restrictions imposed to curb the Corona virus, poor countries are still severely lacking in vaccines to fight the epidemic.

The Kovacs Vaccine Sharing System with Poor Countries, which mainly provides AstraZeneca vaccines, has so far provided only 49 million doses in 121 countries and territories, while the stated target is 2 billion in 2021.
The tragic situation in India is a reminder that the Covid-19 crisis, which has claimed more than 3.2 million lives worldwide, is far from over.

During a Tuesday evening meeting in Downing Street, British Prime Minister Boris Johnson and US Secretary of State Anthony Blinken spoke of a possible G7 effort to “increase international capacity to manufacture” vaccines, according to the British government.

On Monday, the Director-General of the World Health Organization, Tedros Adhanom Ghebreyesus, called on the G7 countries to pay the funds that are still needed, to ensure equitable access to vaccines.