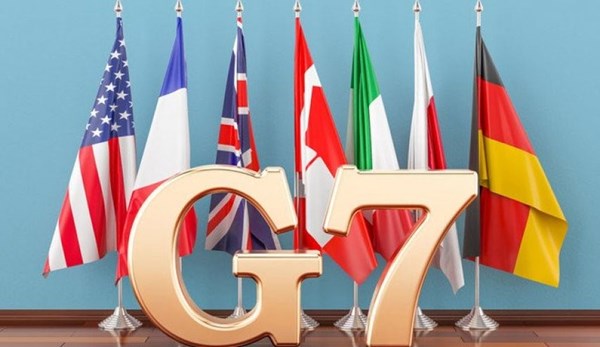 The G7 foreign ministers will meet today, Tuesday, in London for their first face-to-face meeting in more than two years, to agree on common responses to global threats.
British Foreign Secretary Dominic Raab met with his US counterpart Anthony Blinken on Monday, and they called for a unified approach.
“The British presidency of the G7 is an opportunity to bring together democratic and open societies and to show unity when it is urgently needed to face common challenges and mounting threats,” Raab said in a statement.
For his part, the US Secretary of State renewed the US commitment to a “rules-based international order” to confront issues that start with climate change and reach the post-pandemic recovery.
Meetings between participants are held according to a strict protocol due to the pandemic, with the presence of small delegations, the use of masks, transparent walls, and a safe distance.
The United Kingdom, which has counted more than 127,500 deaths since the start of the pandemic, has begun to gradually ease restrictions, coinciding with the progress of the vaccination campaign and a decline in injuries, at a time when other countries are recording peaks in the number of infections.
These disparities have prompted calls for more international action, including increased access to vaccines.
Blinken said Monday in his press conference with Raab that no country can “single-handedly address any of the challenges we face, not even the United States or the United Kingdom.”
The foreign ministers of Germany, Canada, the United States, France, Italy, Japan and the United Kingdom will be joined by representatives of the European Union.
Invitations were also extended to India, Australia, South Korea, South Africa and the Association of Southeast Asian Nations (ASEAN).
Since leaving the European Union last year, the UK has moved towards the Asia-Pacific region. It hopes for broader and stronger global commitments to combat climate change, as it prepares to host the United Nations Climate Change Summit in November.

The Queen of Great Britain's underwear was put up for auction

Book Your Stadium, the Spanish company that brings sports closer to fans during the pandemic