The group of Labor experts calls for the minimum wage to be raised to 1,047 euros in 2023 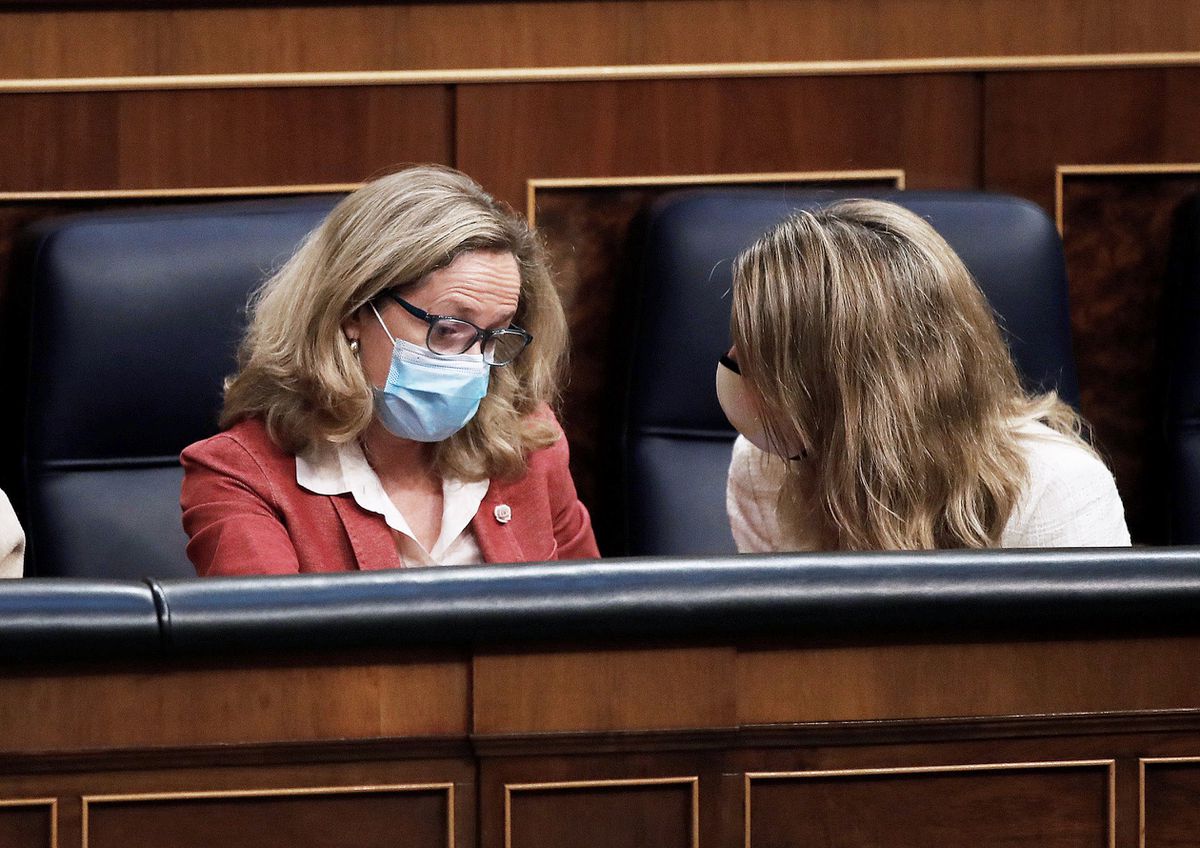 The report of the expert committee commissioned by the Government to raise the minimum interprofessional wage (SMI) is almost ready. According to sources familiar with the work, there is a very advanced draft that recommends that the minimum wage be raised to a range between 1,012 euros and 1,047 euros in 14 payments between now and 2023, which represents an increase of between 6.5% and 10.2% on the 950 euros that are currently paid. That is, it would have to be increased between 62 and 97 euros to close the gap that separates the SMI from reaching 60% of the average salary, according to said report. The increase would imply that between 2017 and 2023 the minimum wage would have improved between 54.5% and 59.8%. Neither Economy nor Labor finalize the figure calculated by the experts, among other things because in a week a survey of the salary structure will come out with data from 2019 that could very slightly tweak the final result. And this could change later as the goal of reaching 60% of the average profit varies.

The experts’ study highlights the strong improvement in the minimum wage in recent years. And remember that now it is above 50% of the average salary in any of the sources that are taken. The commitment of the Executive of Pedro Sánchez is to leave it at 60% of the average salary during the legislature. As there are various statistics and ways to measure it, the group of experts was selected to find a figure. And that band is the one that has concluded once all the indicators have been seen. The salary structure survey is considered the best way to quantify it, although its latest published results are still from 2018.

The academics who have participated highlight that Spain has gone from being at the bottom of Europe in the minimum wage level to being among the first in the classification. And they recommend that when setting the path a prudent approach be made and the crisis and the uncertainty that still exists about the intensity of the recovery be taken into account. They admit that it is difficult in this context to establish a chronology of the path of increases of the SMI. And they defend that studies be carried out on the impact it may have on the labor market, as the Bank of Spain has recently done.

With all these considerations, the text prepared by the group recommends two possible ways to the Government to resume the increases in the minimum wage, which in 2021 had come to a standstill amid the pandemic pending this report. One way would consist of concentrating the increases in 2022 and 2023. The other in making this same year and a small increase, between 12 and 18 euros. The Government will be the one to make the decision. Although first you will have to discuss it with employers and unions in the framework of social dialogue. Both had been invited to participate in the elaboration of the document: the unions UGT and CC OO have been in the group. However, the CEOE and Cepyme employers refused to participate. And now the Executive will have to start conversations with them to see if it achieves a social pact or addresses it unilaterally.

After a period without major disagreements in the government —at least public—, the minimum wage threatens to reignite the debate within the coalition. In December, a first fight was fought between the person in charge of the Economy, Nadia Calviño, and the person in charge of Labor, Yolanda Díaz. And now the dispute will be played again on account of the suitability of raising it again or waiting for the economic recovery to take more shape.

The wing of Unidos Podemos defends the increase, as has already been done with civil servants and pensioners – with increases of 0.9%. Despite this, the Vice President and Minister of Labor Díaz has insisted for weeks that they would wait for the opinion of the expert committee to make a decision. In December it was agreed that it would be reviewed later and the term, in principle, expires at the end of June. In addition, the more favorable economic forecasts now and growing employment help his posture. Thus, the bet is for the revaluation, which was pointed out that it would be retroactive (from January 1) although this is not closed.

On the opposite side is the socialist part of the Executive, with Vice President Nadia Calviño at the helm, who is trying to stop the rise that Labor plans for this year. He does not lack support, in public and in private, with the Minister of Finance, María Jesús Montero, as the main figure. This Monday, in Las Palmas de Gran Canaria, Calviño again asked for prudence, although he ruled out that there is some kind of confrontation between the two souls of the Executive. Of course, he remarked once again that the objective is to recover the economic and employment path before continuing with the rise in the SMI. That is, it maintains the commitment to raise it throughout the legislature, but the priority at this time is that before the million people who have been left out of the job market after the pandemic return to activity.

This discussion returns to the scene a week after the publication of a study by the Bank of Spain in which it figures that the increase in the minimum wage in 2019 reduced at least 100,000 jobs. The increases in the SMI took force from 2017, and since 2019 the Executive has begun a path of progress to leave it at 60% of the average salary in this legislature, a level that could already be reached depending on the statistics taken, the supervisor pointed out. Using the 2018 median annual income, it would be 66%. And in 57% if you take the median income of workers with a full-time contract.

Despite the precautions maintained by the Executive, Labor is pressing for the rise to take place. In December it was agreed to delay the decision until mid-2021 due to the economic uncertainty due to the health emergency, but now they understand that it is time to negotiate a new increase. The minimum wage, Díaz has influenced on several occasions, affects almost 1.5 million workers, the most vulnerable, who have not seen their salary increase. Thus, with all the cards on the table – a study by the Bank of Spain and a report from the Labor experts committee included – it is time for the Executive to make its political decision. Although the path has already been set by the experts.

The employer leaves the committee

The Ministry of Labor created at the beginning of the year the committee of experts to study what reference it took when marking the path of growth of the minimum interprofessional salary to 60% of the average salary. Originally, the group consisted of 14 people, including several academics, others appointed by social agents and others from the Government.

However, the CEOE and Cepyme employers decided to abstain and withdrew from the committee because they understood that this work should have been carried out at the social dialogue table. Therefore, neither Edita Pereira, secretary of the CEOE Economic and Financial Policy Commission, nor Luis Aribayos, now Cepyme’s general secretary, have participated in the group’s discussions, which was finally reduced to 12 members.