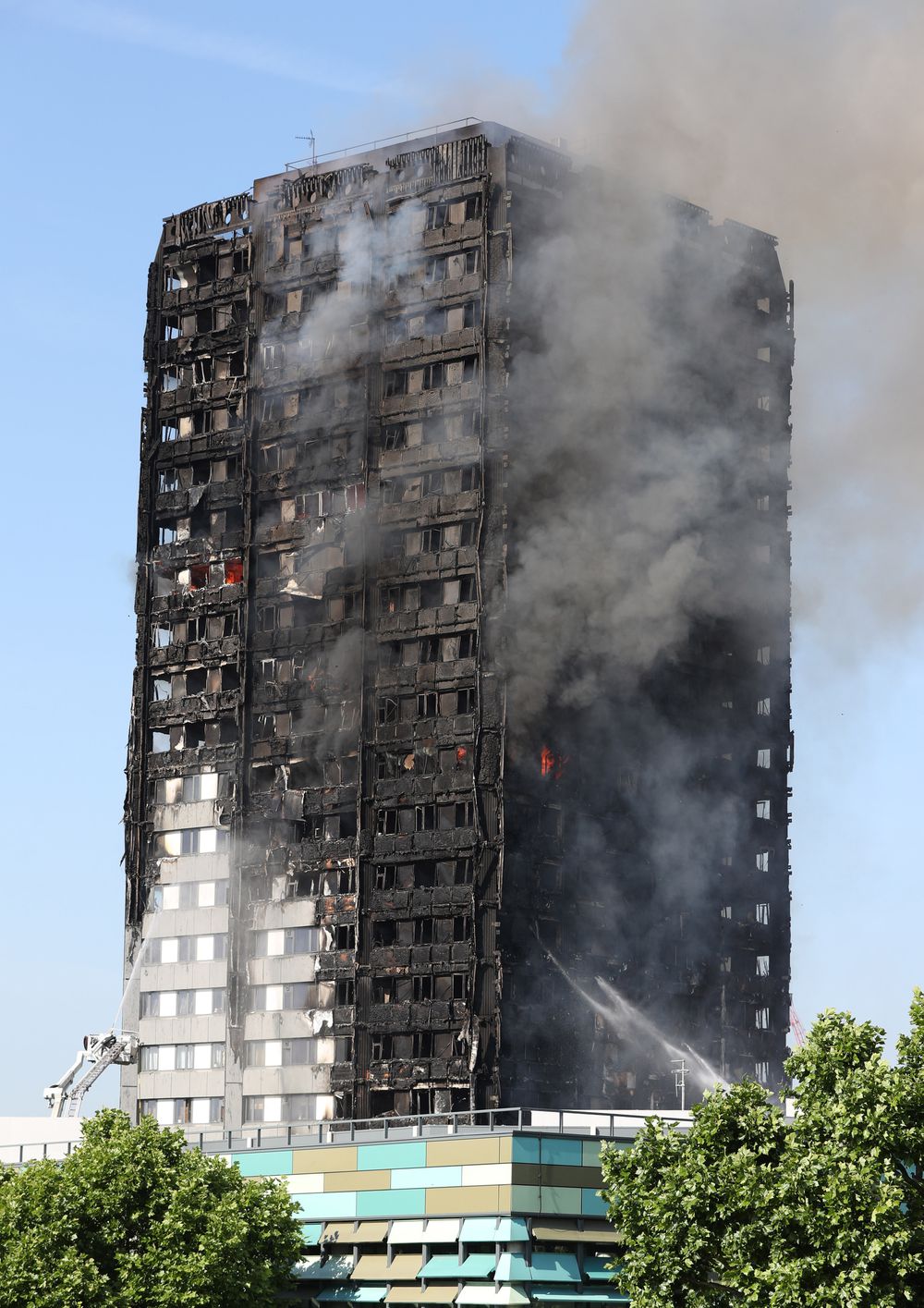 After the UK decided to leave the European Union, Milena Boeva, a 46-year-old Bulgarian, and her husband agreed to leave England, where they no longer felt welcome. Their intention was to sell their London flat before Brexit and use the money to settle in Scotland and Spain, where they would escape the cold every winter. The plan, however, is now in limbo, and not because of the pandemic. “We have buyers because it is a beautiful apartment,” says Boeva ​​by phone, “but the banks refuse to lend them the money.” No one is willing to endorse the purchase of your apartment, which is in one of more than 1,700 buildings that authorities consider “high risk” and valued by appraisers at zero pounds. The couple are caught up in what the British press calls “the siding scandal,” a dead end that dates back to the Grenfell Tower fire on June 14, 2017.

The early morning that Grenfell, a 24-story social housing building in London, burned, an earthquake struck and is still shaking the British property market. To understand it, you have to remember the two factors that made a short circuit in a refrigerator quickly become the deadliest fire in the modern history of the country. The first was the order of stay put or take shelter at home that the firefighters applied following the protocol for buildings like Grenfell, designed to prevent the fire from spreading from one floor to another. The second was the aluminum plastic lining (ACM) that lined the exterior of the tower, making protocol the worst advice victims could have received. Nobody expected that the flames would come out of the window to the facade, nor that it would be made of flammable material that would kill 72 people.

A short time later, the banks began to condition mortgages to the detailed demonstration that the facade of a building was safe in case of fires. To simplify the process, the Royal Institution of Chartered Surveyors (RICS), the body that trains and groups all types of real estate inspectors, created in 2019 a special certificate for this purpose: the EWS1. RICS instructed appraisers, who also report to it, that flats in buildings that failed to achieve the EWS1 were automatically valued at zero pounds. This is how Boeva ​​and thousands of owners (4.6 million according to a study commissioned by The Telegraph) ended up having unsafe flats whose mortgage they still pay, but which they cannot sell because, for the banks, they are worth nothing.

The need for the EWS1 has created a bottleneck in the market. “There have been so many blocks with a liner for so many years that no one knows what is underneath it or if it is flammable,” explains Nick Morrey of mortgage broker John Charcoal. “You have to take samples of the facade at various points and, if a material is not known, it has to be tested … So the demand for fire prevention inspectors has skyrocketed.” But the supply is limited, according to Gary Strong, director of global standards for buildings at RICS. “The press usually says there are about 300 inspectors, but premiums on professional policies have risen so much because of Grenfell that we estimate that there are now just over 100 active,” he admits. “A colleague’s premium has been raised from 55,000 euros a year to 550,000. I would have to charge outrageous prices to be able to pay it off, “he says.

The result is a long waiting list for EWS1 (an average of one year) and thousands of practically unsaleable homes at a time when the housing sector is on the rise. Despite the pandemic, prices grew 8.5% in 2020, according to official data. The demand soared due to incentives such as the suspension until March of the property transfer tax. “The housing market has been phenomenally strong since the end of the first lockdown, but all these floors have been left behind,” laments Morrey.

Boeva’s building has ACM, the same cladding that Grenfell covered, so he has tried to offer it at a discount of 100,000 pounds (110,000 euros) and only to buyers with cash. “In the worst case, we will stop paying the bills and wait for them to evict us,” he says.

Living in an apartment affected by the coating scandal is expensive. Héctor R., a 38-year-old computer scientist from Galicia, knows this. Since her London apartment was found to be in a building with flammable siding, her bills have been on the rise. First, his insurance premium went up from 350 pounds a year (388 euros) to 1,500 (1,666 euros). Immediately, the firefighters changed the protocol in their block from “shelter at home” to “simultaneous evacuation”, forcing them to hire a “wake-up brigade” 24 hours a day if they wanted to continue inhabiting it. “They are some boys who walk through the building with a horn of those that you carry when you go to football and, when there is a fire, they must touch it so that everyone can go out … It is useless, they are measures to cover their backs,” he says. The government announced in December a fund of 30 million pounds to replace them with fire alarms that alert all the neighbors. Until then, Hector will continue to pay over £ 200 a month for the brigade.

The invoice for the works

But the account that most scares those affected is that of the works to replace the flammable materials on its facade. Hector has already been advised that it will be between 25,000 and 60,000 pounds (between 27,700 and 66,500 euros). Although the Government has allocated 5,100 million pounds (5,925 million euros) in aid, the Parliament commission investigating the scandal estimates that the final cost may reach 15,000 million pounds (17,427 million euros). In addition, the funds will only cover cladding in buildings over 18 meters high. Milena Boeva’s is smaller and Héctor’s has additional problems, such as plastic flooring on the terraces.

The construction companies defend that their blocks complied with the regulations in force at the time of construction. Owners like Hector R. question it: their terrace did not follow pre-Grenfell standards. “We have come to this situation because of the absolute relaxation of the Government of England for years in terms of regulations and inspections. Here the builder inspects himself… It is the wolf taking care of the chickens ”, he complains. The Government has asked that the cost of the reforms not be passed on to the owners, but has not taken any measures to avoid it.

In the case of Boeva, the administration of her building ensures that it will not be the neighbors who pay for the works, but neither does it specify who will do it, so she is suspicious. Regulations in England oblige managers to troubleshoot a property, even if the owners disagree, and then bill them. Desperate, on Wednesday she put her apartment up for auction. No luck: “The real estate company says there was someone interested, but they told him to stay away from the buildings with cladding. It’s a nightmare”.

Unbeaten at home play unbeaten away

Director of Ras Al Khaimah Municipality to “Al Ittihad”: Renewable energy is the path to sustainability