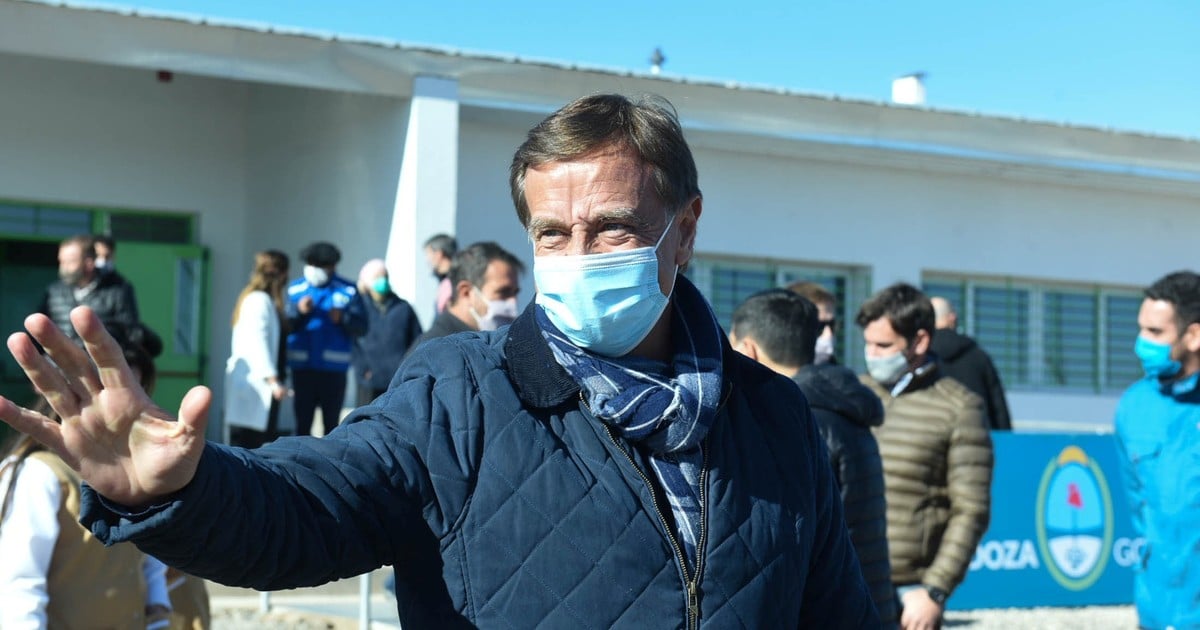 In less than 24 hours, the challenge against the candidacy of the governor of Mendoza, Rodolfo Suarez, as alternate national senator for the next legislative primary elections was resolved.

The radical president will be able to participate and prop up the list of the ruling party (UCR, PRO and allies) that takes Alfredo Cornejo as the first candidate to the Senate. The head of the list for Deputies is the former vice president of Cristina Kirchner and former governor Julio Cobos.

Last Thursday, the National Electoral Chamber ordered the questioned federal judge with electoral competence Walter Bento that had to decide if the current radical governor could be on the list of Cambia Mendoza.

The Mendoza judge – who is being processed as a member of a gang that favored prisoners with prison benefits – had a deadline to resolve the challenge. The National Electoral Chamber set the limit for the presentation of possible appeals at 1:00 p.m. on Monday, August 16. Bento’s resolution, known on Friday afternoon, was reject the challenge of the Vamos Mendocinos front and allow the candidacy of Suarez. There is still an appeal body.

The opposition party Vamos Mendocinos, made up of the Civic Coalition, the Democratic Party and the newly formed MendoExit, presented the appeal in the Chamber. He argued that, when Suarez presented himself as a candidate for alternate senator, breached article 115 of the Constitution of Mendoza, that prohibits governors from being elected “up to one year after their term ends.”

In his first ruling, Bento had decided to reject the presentation against Suarez based on law 26,571 referring to the PASO primary elections, considering that only an internal group has that power.

In this case, Vamos Mendocinos was not legitimized. But, it left open the possibility of blocking the candidacy during the general elections, on November 14. “Bento put the application on standby when the Electoral Chamber and the National Court have ruled on similar situations. We did not benefit from that Bento ruling and we waited for a final judgment fromand urgently, “said one of the legal advisers of the Mendoza UCR.

A week later, in the appeal that Vamos Mendocinos makes, the Chamber orders Bento to pronounce himself. The new ruling resolves: “Do not make room for the challenge because it considers that Suarez complies with what is required by the National Constitution in its article 55 for the nomination for said position.”

Article 55 of the Electoral Law establishes that the requirements to be a senator are: be thirty years old, have been a citizen of the Nation for six years, enjoy an annual income of two thousand strong pesos or an equivalent income, and be natural of the province that chooses it, or with two years of immediate residence in it.

Bento argues that Article 115, which belongs to a 1916 Constitution, not applicable in this case because the clause is deprecated and that, since the reform of the Constitution (1994), senators are elected by popular vote and not by the Legislature, as at that time. “With the reform of the National Constitution of 1994, the electoral body of the senators ceases to be a local institution and it becomes the citizens who elect the candidates for said position,” the ruling maintains.

The nomination of the current president of Mendoza as a substitute in the Senate seems a move so that, in two years, Cornejo -who tops the list- to run again as governor and, in case of winning, Suarez take his place in Congress. All this is possible because in Mendoza there is no reelection of the governor and every four years, the leaders must leave their posts. Yes, they can appear in another period, which is not continuous.

Mendoza renews five seats for deputies and three for senators. If the results of the last elections and what the current polls show, which show a polarization of two forces, are maintained, Cambiemos would locate two senators and three deputies. And Kirchnerism, led by camper Anabel Fernández Sagasti, a senator and two deputies.