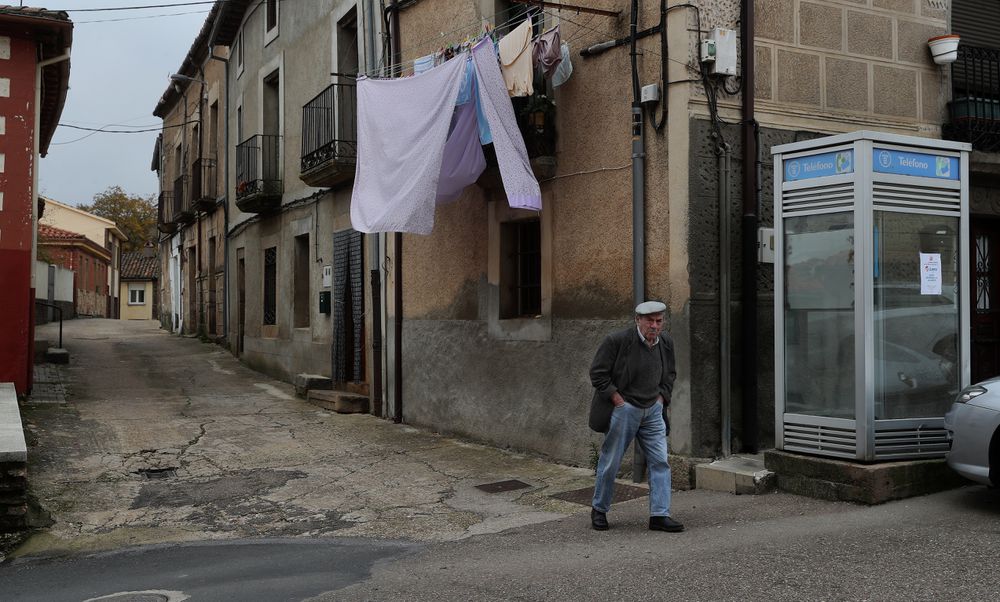 During the press conference after the Council of Ministers, the fourth vice president and minister for the Ecological Transition and Demographic Challenge, Teresa Ribera, announced that the battery of measures had been approved by the Delegate Commission for the Demographic Challenge and said that the Government has “committed” to monitor actions to address territorial cohesion.

“Working to recover equal opportunities for the rights of people throughout the territory is key,” said the fourth vice president, who specified that there are 6,800 municipalities with less than 5,000 inhabitants, many of them under the limit of 12.5 inhabitants per square kilometer and they concentrate 5.7 million people. The plan, according to Ribera, focuses on the search for “justice” in territorial terms and opportunities for its inhabitants and justice in generational, territorial, gender and age terms.

The package of proposals organized into 10 lines of action includes improvements in connectivity, taking advantage of digitization for access to services and “environmental services and custody of the territory, as well as very specific active policies on access to housing, mobility, access to modern forms of energy ”. Specifically, it contemplates aspects for the ecological and digital transition, equal rights and the gender perspective, among other priority lines of action.

Ribera has also announced a line of collaboration with the universities to activate from the next academic year a program of training stays for students in the final years of Undergraduate and Professional Training, which will allow them to do internships in rural environments.

The minister highlighted in the delegated commission attended by the set of ministers and secretaries of State the “effort” made by all ministerial departments to promote strong coordinated action aimed at promoting our territorial cohesion with the active social participation of local actors. The “transversal” initiative will be aligned with the national strategy against the Demographic Challenge and with the Recovery, Transformation and Resilience Plan to establish an effective agenda of equality and territorial cohesion that incorporates small municipalities in a green, digital, inclusive and with a gender perspective.

The objectives seek to improve the territorial structure of Spain, eliminate the urban-rural gap and promote actions on the territory to reactivate the areas most affected by the urgencies of the demographic challenge. The actions will be launched this year and will last until 2023 and may incorporate new intervention proposals.

Ecological and digital transition with women and youth

For the ecological transition, it contemplates the promotion of sustainable, innovative and resilient communities through the energy transition, the promotion of the bioeconomy and the conservation of biodiversity to contribute to the generation of opportunities and a higher quality of life for the population.

Facing the digital transition and full connectivity, the development of ultra-fast broadband and the deployment of 5G throughout the territory will be promoted and digital training will be offered to the population. For development and innovation in the territory, local talent will be identified to generate new economic activity on the territory and develop territorial intelligence with the creation of smart cities and a network of territorial innovation centers.

The fourth line seeks to promote sustainable tourism and the fifth to favor with “special attention” the role of women in the territory to guarantee equal rights and opportunities and reduce the gender gap. On the other hand, measures will be implemented to promote entrepreneurship, especially that of women and young people, and public services will be strengthened, while decentralization will be promoted.

With a view to guaranteeing social welfare and the economy of care in “demographically disadvantaged” areas, special attention will be paid to the needs derived from the aging of the rural population. Cultural activity in rural areas and the protection of their historical-artistic heritage will also be promoted.

The tenth line seeks to undertake normative and institutional reforms to address the demographic challenge and apply the demographic perspective in administrative decision-making. The diagnosis of the plan identifies problems such as the masculinization of the territory, the lack of opportunities for women in rural areas, the female burden of care and gender violence as elements of priority intervention.

In the expression of interest launched by the General Secretariat for Demographic Challenge, it received more than 4,200 initiatives, more than 60% from small municipalities.

Bolsonaro's number four: Brazil's president is under pressure due to corona policy