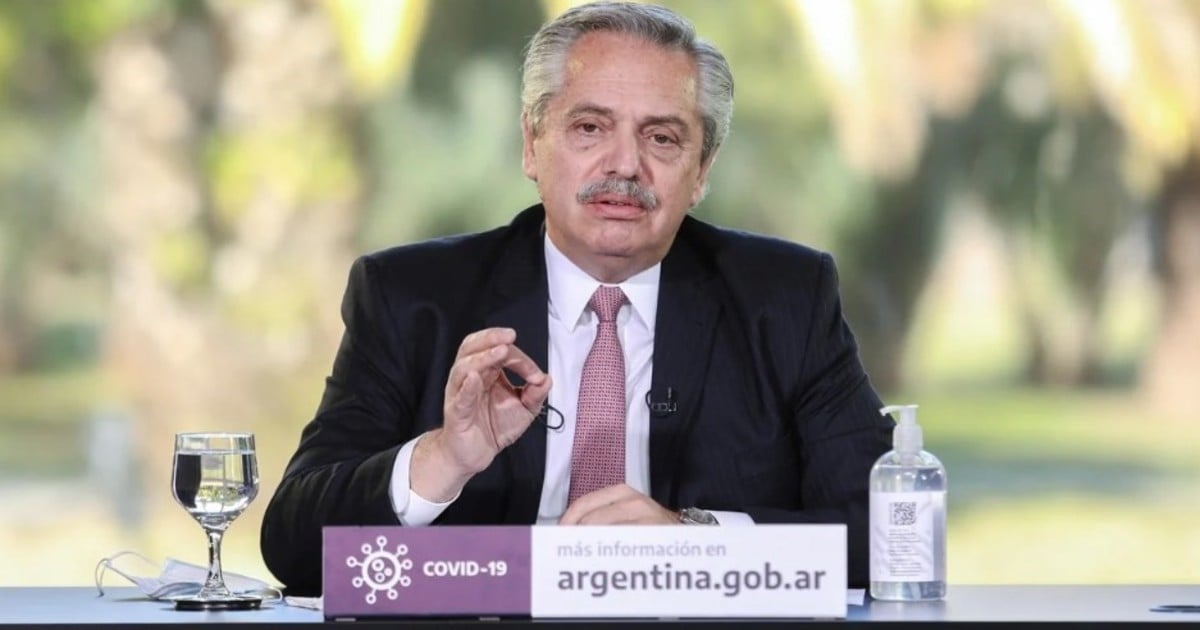 With the certainty that to renew the restrictions Alberto Fernández will have to sign another decree of necessity and urgency because the approval of the law to handle the pandemic continues to be postponed, the Government analyzes the scope of the new measures and, while admitting that there was a drop in cases, sees “with great concern” the advancement of the Delta variant in different countries of the world and fears for a “third wave” in Argentina.

The outbreaks in the United Kingdom and other European countries and the incidence of the Delta strain, initially detected in India, in the new cases in the United States, raise doubts in the Government about the convenience of easing the restrictions despite the fact that in the last two weeks there was an average decrease of 32% at the national level and the health authorities, led by the Minister of Health, Carla Vizzotti, emphasize that “the tension in the health system is already lowering.”

To this drop in cases, it is added that in the last four days Argentina reached 23,816,145 doses received, with the arrival of 3,139,000 vaccines, between two million Sinopharm and a new batch of AstraZeneca. In addition, about 1,181,500 will arrive from this last laboratory this Friday, which will be added to those sent by Russia from Sputnik on a new flight. For next week, in Balcarce 50 they trust that 20 million applications will be exceeded: according to the latest report, 14,886,910 people have already been inoculated with a dose, of which 3,759,874 also completed the vaccination schedule with the second dose. .

All this generated some relief both in the presidential environment and in the Ministry of Health. However, the Delta variant keeps the Government on alert. “It is encouraging, but after the summer experience it is clear that nobody can relax”, they summarize in official dispatches, where they warn that there is no margin to neglect the care and controls.

All while analyzing what to do with the Argentines who return from abroad. “Today nothing can be ruled out”, they limit themselves to repeating at Casa Rosada in the face of the different alternatives that are shuffled. In any case, the most extreme, the total closure of borders, appears difficult a priori, taking into account the impact that leaving Argentines stranded abroad would imply. It is worth clarifying: the borders remain closed to foreigners, who can only enter the country for work reasons, with prior authorization.

The recent case of a passenger from the US who was detected the Delta variant fueled speculation in this regard, beyond the fact that he was isolated in time with his close contacts. When asked about it, the Director of Migration, Florencia Carignano, avoided ruling out the possibility of the border being closed and hinted that measures are being analyzed.

“We have to take care that new strains do not enter, it is essential. Based on the numbers we have on the table, the Chief of Staff (Santiago Cafiero) together with the Minister of the Interior (Eduardo de Pedro) and the President, who is the one who has the last word, surely they will make decisions to protect Argentines, “he said in an interview on the América channel.

With a quota of daily flights and the entry limit of 2,000 passengers per day, another alternative -although also distant, for now- may be the obligation to quarantine in hotels, as ordered in March before the entry of people carrying the strains from Manaus and Great Britain.

In this context, with the “pandemic law” blocked in the Chamber of Deputies at least until next week, the President’s decision is to extend for two more weeks Decree 287/21, which was the one that established the Epidemiological Stoplight, which divides the country in health matters by zones -alarm and high epidemiological risk, and medium and low risk- according to the occupancy of ICU beds or the incidence of cases in the last 14 days, among other variables

In any case, the question remains open as to whether the text, which had already been extended until this Friday by Decree 381/21, can be supplemented with an immigration resolution that toughens the restrictions on entering the country.

At the same time, the Government must define what to do with the winter holidays. Strictly speaking, at Casa Rosada they ensure that interprovincial circulation is enabled -except for Córdoba, Catamarca and Santiago del Estero- and that even the province of Buenos Aires, through the Chief of Cabinet, Carlos Bianco, assured that anyone can take vacations and move with their family to another Buenos Aires district. But the Minister of Tourism, Matías Lammens, has a meeting pending with Vizzotti to define whether the Nation will promote tourism with a campaign between July 19 and 30.

“Experts say that two weeks of tourism in winter could be the prelude to the third wave,” they express with concern in the Government.