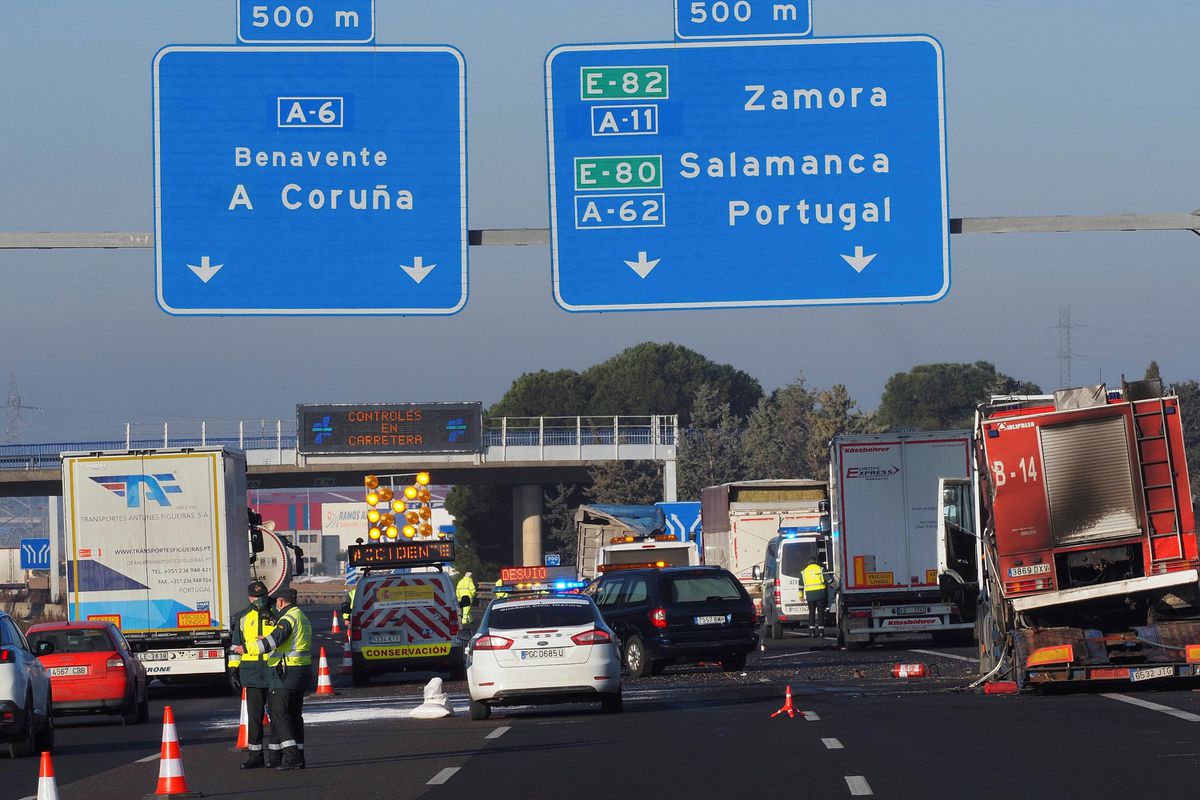 The idea of ​​paying a toll is planning again on the Spanish highways. The Government has committed to the European Commission to implement a payment system on the high-capacity road network (motorways and state highways) to finance their maintenance, which each year costs 1,200 million euros. It will also allocate for this purpose the income from the concessions of service areas on these highways. The recovery plan presented by President Sánchez includes this proposal to alleviate the deficit in the conservation of the state network, of about 10,000 million, according to the Seopan employer’s association. The Ministry of Transport is considering this initiative in the medium term, and always looking for consensus and a way that carriers do not bear the charge.

“The financing of high-capacity roads will be reviewed and an income system will be established to guarantee the funds necessary for the conservation of the state road network,” says the plan that the Executive will send to Brussels in the coming days to justify the delivery. during the next three years of non-reimbursable European aid worth about 70,000 million.

The idea is not new, but it is the first time that the Government of Pedro Sánchez has reflected it in an official document. The Minister of Transport, Mobility and Urban Agenda, José Luis Ábalos, had already warned in several interventions of the need to find a mechanism to finance the conservation of the state’s highway and motorway network that in the medium term replaces universal gratuity with the pay-as-you-go, just like in air and rail transport.

The plan is that only transit motorists – both foreign tourists and domestic travelers – pay for the use of highways with a very low payment compared to highway tolls. And from it, truckers, coaches and individuals who use the road to go to work will be excluded. “We are looking for the instruments so that it does not affect the carriers”, explain sources from Transport. One of the drawbacks is that this difference in treatment could conflict with Community rules. At the moment, the project has not seen the light. Nor has the subcommission that Ábalos announced two years ago been created in Congress to address the issue.

The recovery plan explicitly indicates that “it is necessary to develop a pay-per-use system for the high-capacity road network that makes it possible to cover maintenance costs and integrate the negative externalities of road transport, as is the case in other infrastructures.” But beyond that declaration of intent, no details are provided, neither on the conditions nor on the terms of its implementation.

In any case, the measure will not be applied immediately, neither in 2021 nor in 2022, and will need the consensus of the transport sector, both freight and passenger companies, according to sources from the Ministry of Transport.

The employers of large construction companies, Seopan, which supports the plan, has set a toll of 0.03 euros per kilometer for light vehicles, and 0.14 euros for heavy vehicles.

The Ministry of Transport has already proposed a new model for the conservation of the roads of the state network, according to sources from the Administration informed EL PAÍS. This scheme offers the possibility of including in the same contract with a concessionaire three types of benefits: aid for the ordinary maintenance of the highways, exploitation of the service areas and inclusion of small works necessary to improve the functionality of the road. That is, the company that takes the service area and its benefits would help pay for the maintenance with the fee it pays and would take care of conserving its section and small improvements.

The main novelty of this plan is that the expenses and income of the contract are expressly separated. On the one hand, the budget for expenses borne by the State is established. These are the costs of conservation and exploitation and minor works. On the other hand, the income is specified: the fee to be paid as consideration for the right to exploit the service areas and other public services. These revenues, instead of reverting to the Treasury as before, will go directly to the highway maintenance budget, the same sources report. And thus they will contribute to pay for larger works to extend the useful life of the roads.

The contracts that the Council of Ministers authorized on March 30 for the sections of the AP-2 and AP-7 highways, whose tolls will be released in September, have an initial duration of two years with the possibility of an extension of three. It is expected to have a minimum income with the service areas of 25 million euros in these initial two years, although this figure will rise once the bidders make their bids. And some expenses in that same period of 137 million that the State pays, although this amount will decrease due to the bid and because the cost of eliminating the toll infrastructure is now included.

The dismantling of these facilities represents 26% of the 137 million, about 35 million. This amount will not be reflected in the successive contracts of these brokers as the works have already been carried out.

One of the main axes of the Government’s recovery plan is the connection with the new generation of 5G mobile telephony. The program aims to accelerate the deployment of networks and the immediate availability of 5G services for all socioeconomic actors in the country, “consolidating Spain’s position as one of the leading countries in 5G deployment.”

The plan includes various measures for this purpose, both regulatory in nature (carrying out an adaptation of the spectrum and guaranteeing cybersecurity), as well as investments to support the deployment of this technology, including in transport corridors, on the main highways and roads. railways, both national and cross-border.

Among the goals set in this area, it is expected that, by 2025, 75% of the population will have 5G coverage. Likewise, the plan indicates that it is necessary to complete the deployment of high-speed connectivity (100 Mbps) throughout the country.

Borders to be opened in Transnistria for May holidays