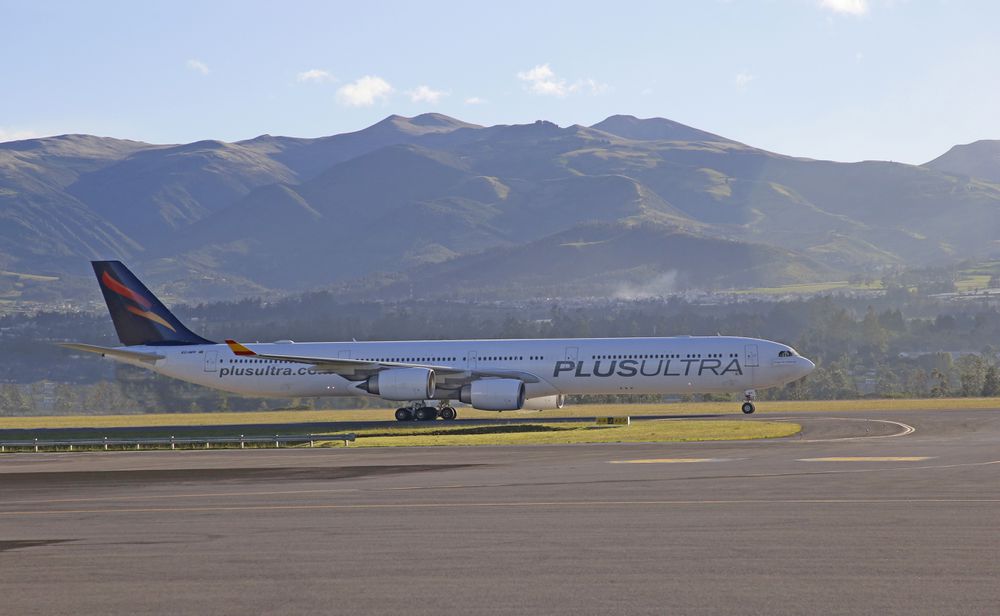 The Government approved the rescue of the Plus Ultra airline after considering that it was a “strategic” company because its offer of flights is aimed at migrants living in Spain or their relatives from countries such as Venezuela, Ecuador or Peru, who do not have that demand covered , at an affordable price and an adequate number of frequencies, sufficiently for other conventional airlines. The fact that it was the second company, after Air Europa and together with Duro Felguera, to receive public support is due “simply to a chronological issue”, since it submitted its application last September, being one of the first companies to do it. They have also prevailed for the rescue to save the 350 direct jobs and another 2,500 indirect ones linked to the airline’s activity and its future growth projection.

These are the reasons that appear in the file of the State Society of Industrial Participations (SEPI) to grant 53 million euros to Plus Ultra (34 million via participative loan and the rest as ordinary credit) with charge to the Solvency Support Fund of the Strategic Companies, informed EL PAÍS in sources familiar with the operation, which dissociated the decision from any political criteria, in particular, from the possible connection of the airline’s top shareholders with the Venezuelan regime of Nicolás Maduro.

The Sepi has considered that, given the size of the airline and the low amount of the funds contributed, it is not necessary for now to negotiate the appointment of a new CEO or the entry into the board of directors of the airline, reported the sources cited . The situation contrasts with what happened in Air Europa in which the company dependent on the Ministry of Finance has agreed on the appointment of the first manager and has entered the board of the Hidalgo family airline.

The injection of public money, approved by the Council of Ministers on March 9, has surprised both in financial and sectoral circles and in the political field. In the first case, because the airline has always been in the red since its foundation in 2011, although it began operating in 2016. Since then, it has been carrying accumulated losses of 10.6 million euros and in 2019, the last fiscal year of the that has presented accounts in the Mercantile Registry, had a negative result of 2.1 million euros.

Your market share in the sector is irrelevant. The airline operated a total of 823 flights at Spanish airports in 2019, transporting 156,139 passengers, which places it in the 166th position of the airlines operating in Spain, with less than 0.1% share, and far from the also rescued Air Europa for 475 million euros, which transported 19 million passengers. Plus Ultra operates only four aircraft of the A340 family, a four-engine that Airbus has stopped manufacturing due to its high fuel consumption and polluting emissions.

In order to qualify for the aid designed for strategic companies, Plus Ultra has had to present a viability plan that ensures, among other points, that it will return the credits received within seven years. An important challenge if one takes into account the pandemic situation that has caused uncertainty in the recovery of air traffic and that its turnover in the 2019 fiscal year was 63.5 million euros.

The possible political implications of the bailout have also sparked controversy. Fernando González Enfedaque and Julio Miguel Martínez, the Spanish founders of Plus Ultra, were responsible for Air Madrid when the charter company went bankrupt at Christmas 2016, leaving 64,000 travelers ashore, many of them Ecuadorian migrants, for whom the Government had to charter a military plane. Although the two directors were exonerated by the National Court of bankruptcy, Fernando González was convicted in 2019 of a tax offense in relation to a real estate matter in the Basque Country to eleven months and 29 days in prison, according to the Basque newspaper. The mail.

More deeply in the controversy that the bankruptcy of Air Madrid has had the possible connection of the owners of Plus Ultra with the Venezuelan regime, which has led PP and Vox to present initiatives in Congress for the Executive to explain the rescue. The main argument is that 47.2% of the airline’s capital is in the hands of Snip Aviation, whose board includes three Venezuelan executives: Rodolfo José Reyes Rojas, as president; Raif El Arigie Harbie, as member, and Roberto Roselli Mieles – CEO of Plus Ultra – as attorney. All of them have been related to businesses protected by the approval of the Administration of Venezuelan President Maduro and the Vice President, Delcy Rodríguez. The latter starred in a diplomatic conflict in January 2020 after being received at the Madrid-Barajas airport by the Minister of Transport, José Luis Ábalos, despite the fact that the European Union has prohibited their entry into community territory for the violation of human rights of the Chavista regime. This newspaper has tried unsuccessfully to know the opinion of those responsible for Plus Ultra, who so far have limited themselves to congratulating the Government of Pedro Sánchez in a press release for granting the rescue.

Precisely, Ábalos publicly disassociated himself yesterday from the Plus Ultra rescue while claiming the initiative to support Air Europa, suggesting that while he intervened in the aid of the Hidalgo airline in the case of the charter company, it has been the sole responsibility of the Sepi, dependent on the Ministry of Finance headed by Minister María Jesús Montero. “The Ministry of Transport has had nothing to do with it and, therefore, I cannot give it many explanations. I imagine that it has been approved by the fund manager of the Sepi business rescue program, which has all the legal requirements for it, ”said the PSOE Minister and Secretary of Organization.

The rescue has reactivated the activity of Plus Ultra, which will resume its flights for the Caracas-Madrid route and vice versa from March 24, with a frequency of one daily flight every 15 days. The Ministry of Foreign Affairs advises against traveling to Venezuela “except for reasons of extreme necessity”, due to the health and social situation. Despite the warning, travelers will be able to fly without restrictions – presenting a negative PCR test like the rest of the countries – from the Venezuelan capital to Madrid on two flights scheduled for March 25 and April 8, while most of the communities Spanish autonomous communities maintain the prohibition for their inhabitants to leave the region on those dates due to the perimeter closure.

State election 2021 in Baden-Württemberg: When will there be a result and first projections?