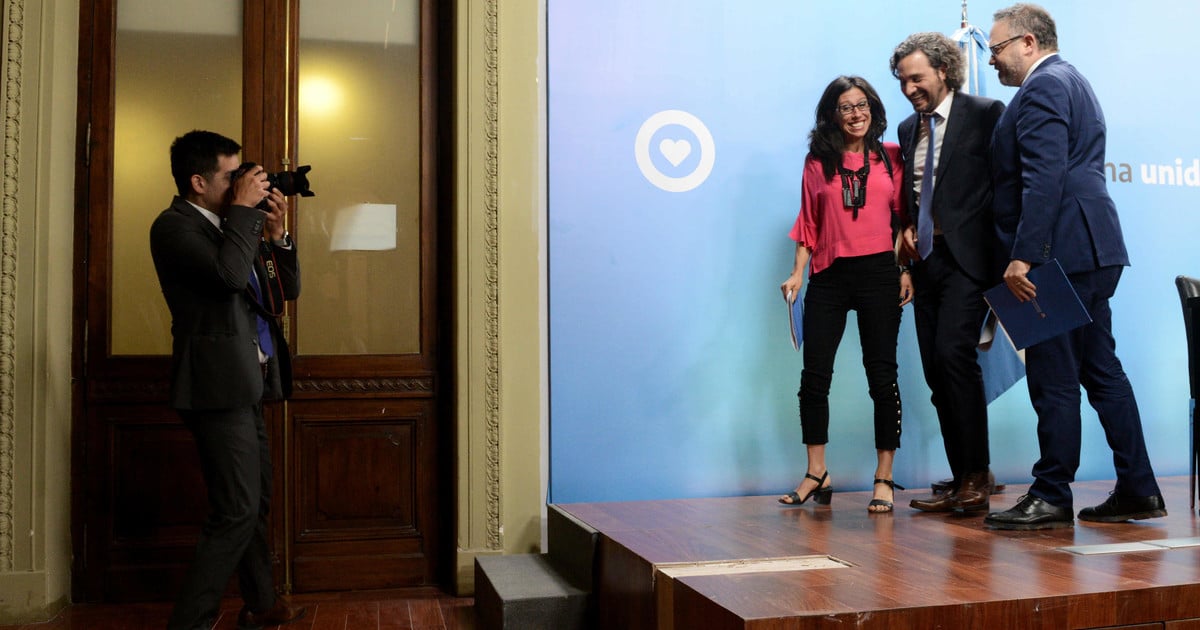 In two official offices yesterday, perhaps simultaneously, these two scenes took place. In one, via zoom, President Alberto Fernández and Minister of Economy Martín Guzmán tried to seduce to important investment funds so that “Set your gaze on Argentina”. The interlocutors who heard Fernández and Guzmán from different parts of the world manage assets worth hundreds of billions of dollars. For some reason more than understandable, today they hesitate to put a millionth of those dollars in this land of opportunity.

In another official office, in the secretariat of internal trade led by Paula Español, The final stitches were given yesterday to the resolution that creates the Information System for the Implementation of Economic Reactivation Policies (SIPRE), with which the officials of that agency intend to concentrate sensitive information of companies, such as sales, purchases, stocks, prices.

Separate paragraph, the devotion to grandiose acronyms, They promise a future of efficiency that is seldom proven in fact.

The truth is that the aspiration to a “Excel total” It is complemented by the pretense of wanting to know the entire cost structure of the companies, and is rounded off with the intention of the AFIP to know in advance the tax planning of the companies, a requirement that is being judicially challenged by several companies.

The decisions of Internal Trade are, if you will, logical, in an economy where companies they have to ask permission to touch a price. And although they do not say it explicitly, they are the derivation of the prevailing thought in the Government: inflation -the root of these initiatives- it is more the fault of the companies than of the economic decisions.

Minister Martín Guzmán tried to dilute this idea-force, arguing that inflation is multicausal although solving it is “Everyone’s responsibility”. It is an idea with which an important part of the Frente de Todos does not agree.

It is the part of the ruling alliance that moves comfortably in the range that goes from thinking that exporting food is a curse even those who enjoy putting on their bibs to be photographed looking at prices in the supermarket gondolas.

To such an action, such a reaction. Foreign capital has long forgotten Argentina. Clarion published a few weeks ago the evolution of foreign direct investment in Argentina, based on the periodic reports of the ECLAC. It is clearly seen that the 25 to 30% that at the end of the last century Argentina captured of the total dollars that entered the region, today it is less than 5%.

On the other hand, Internal Trade officials know that they will receive sensitive information and promise confidentiality. The word confidentiality is more devalued than the peso. In recent times, various lists have appeared with information that should not have been made public: of people who entered into money laundering, of companies that bought dollars, of investors that made future dollar operations, of taxpayers who adhered to this or that moratorium.

That is why the coincidence of the two scenes recounted at the beginning is, above all, contradictory. It seeks to attract investment, but those who dare to do so have to be willing that at some point they are prevented from buying foreign currency or turning profits abroad -some will point to them as capital “drainers ”- or that they are prevented from touching their prices. or, it is seen these days, the aliquots of certain taxes are modified.

For the 'Nicolás Law', a sit-in for life and health

E3 2021 will be free even for Latin America | EarthGamer