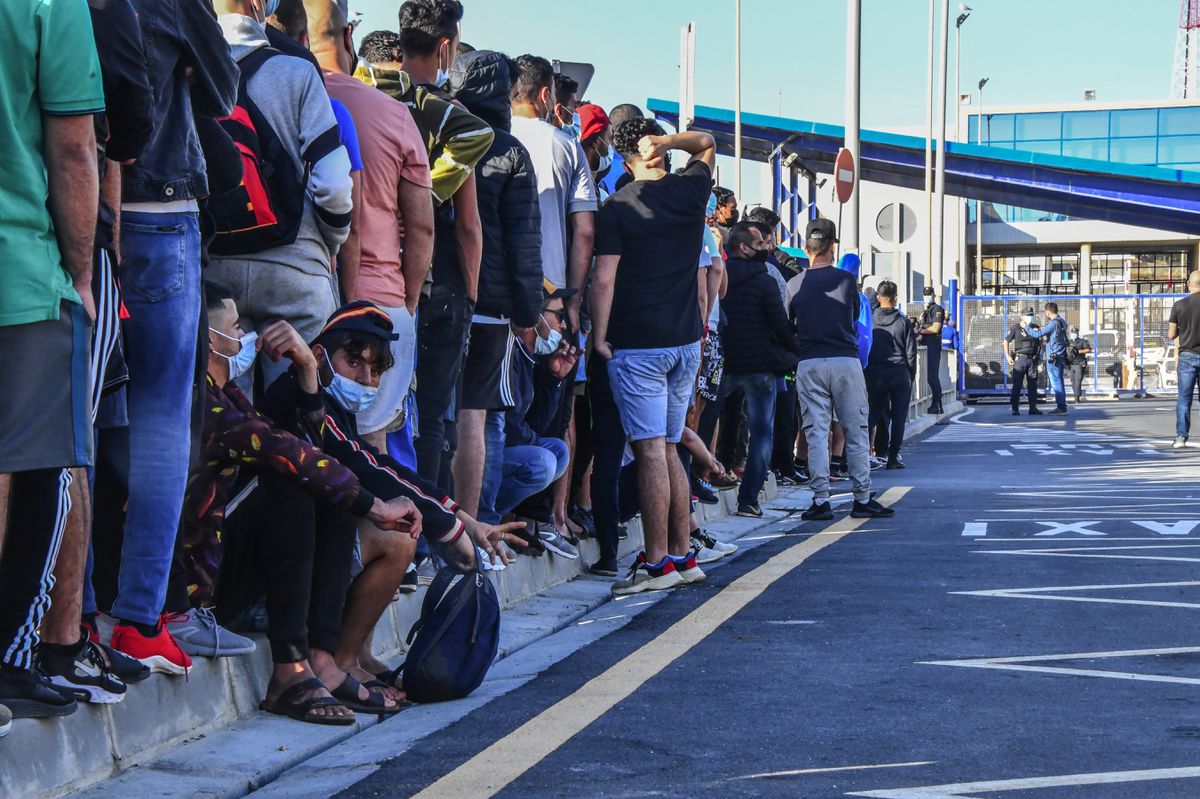 The crisis between Spain and Morocco has come to a standstill. The Moroccan government has been silent since, at dawn on Wednesday, the leader of the Polisario Front, Brahim Gali, returned to Algeria. Rabat has not reacted to his departure from Spain, as was feared. But he also does not answer calls from the Spanish authorities to resolve the situation of minors in Ceuta or temporary workers in Huelva. The Government is studying making a gesture that unblocks the situation and prevents a new escalation of tension. It could be a visit from a minister or a call from Felipe VI.

The current situation is very dangerous, according to diplomatic sources, because mistrust dominates and any incident, innocuous or fortuitous, can be misinterpreted and aggravate the crisis. Morocco has not taken a new step in the escalation (expelling the Spanish ambassador in Rabat or suspending the cooperation of the police and intelligence services), but it turns a deaf ear to Madrid’s calls to face problems that do not allow delay: the almost 1,000 minors and around 500 adults who entered Ceuta irregularly and are still blocked there; or the 12,600 Moroccan seasonal workers who have completed the strawberry harvest and cannot return home. Just 11 days before the official start date of Operation Paso del Estrecho, the largest traffic of people and vehicles in Europe, Morocco does not clarify whether it plans to carry it out or will suspend it as in 2020.

The priority of the Spanish Government is to return to normality as soon as possible. To facilitate relaxation, he is studying making a gesture that will help the Moroccan authorities to turn the page. Madrid already had a first gesture when it informed Rabat of Gali’s departure, without being obliged to do so. In addition to heeding the warnings from Morocco, which had said that a clandestine departure of the Polisario leader would further damage the bilateral relationship, it implicitly acknowledged that it was a mistake not to notify the neighboring country when he was hospitalized in Logroño on April 18.

But this gesture would not be enough, judging by the statement that the Moroccan Foreign Ministry released last Monday. Rabat already warned then that the appearance of Gali before the judge of the National Court Santiago Pedraz, who interrogated him without imposing any restrictive measure on his freedom, would be a necessary but not sufficient condition to close the crisis.

“The legitimate expectations of Morocco go further. They begin with a clarification, without ambiguity, on the part of Spain, of its elections, its decisions and its positions ”, demanded the Moroccan diplomacy. Spain considers that it has already given explanations to Morocco about the “strictly humanitarian” reasons why it welcomed Gali and points out that there is no change in its position on the Sahara dispute. But he has no problem repeating them, according to government sources.

That would be, the same sources clarify, the meaning of the gesture contemplated by the Government: a visit by a minister to Rabat, to offer such explanations, or a call from the King to Mohamed VI. It would not be an apology, but Morocco could take it as such. In any case, it would be a step towards reconciliation. The call of Felipe VI to the King of Morocco is an asset that the Government has had in mind since the beginning of the crisis. The question is whether this is the time to use it, with the wound still open, or is it preferable to wait for the moment when the crisis has closed and serves to promote a new stage.

Another possibility that is on the table is the visit of a minister to Rabat, a measure that was resorted to in previous bilateral crises. It should be the Minister of Foreign Affairs, Arancha González Laya, but she could find a hostile environment in the neighboring country because Rabat has personalized her anger. Diplomatic bridges between the two countries are broken: Laya spoke on Wednesday with his French counterpart, Jean-Yves Le Drian; and this, in turn, with the Moroccan, Nasser Burita. As an alternative, it could be the Interior Minister, Fernando Grande-Marlaska, who came to Morocco. The advantage is that it could address the most urgent problems derived from immigration control, and bypass the dispute over Western Sahara, as it is not within its competence. No decision has yet been made.