The Government paid $ 500,000 to the artists who participated in the act in tribute to those killed by coronavirus 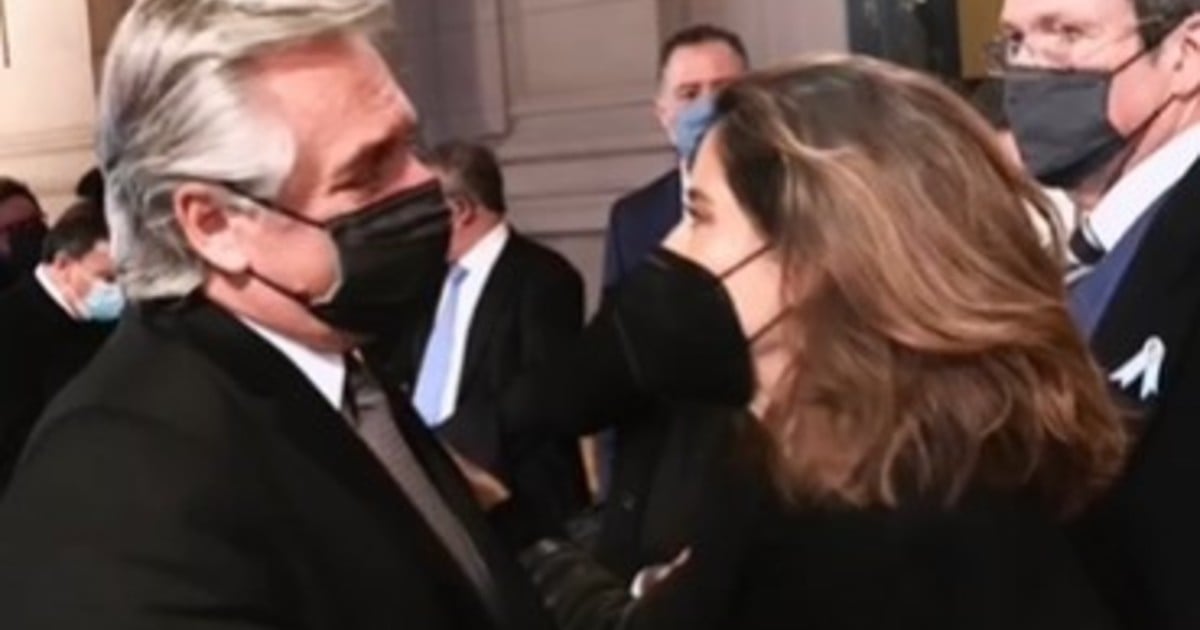 The act with which President Alberto Fernández, the first lady Fabiola Yañez, almost all the governors and the head of the Buenos Aires government paid tribute to the more than 90,000 deaths from coronavirus was involved this Monday in a controversy surrounding the payment that the artists agreed to receive who participated in the event at the Kirchner Cultural Center (CCK).

“The artistic part cost around 500,000 pesos”, said Francisco Meritello, secretary of Media and Public Communication, in statements to Radio con vos, to try to tone down the controversies, which were promoted on social networks.

“And that figure includes all the artists who participated in the act at the CCK, including Laura Novoa and Patricia Sosa “added another official source consulted by Clarín, which placed the figure of the opposition singer above what the Kirchner actress charged.

However, in dialogue with Clarion, Patricia Sosa denied that she had agreed to a cachet for participating in the act.

“I never spoke to anyone in the government. Lito Vitale called me. I know that a money was spent for expenses, I think it was for about 12 musicians, plus another 10 from the technical area. And I suppose that with those expenses that were spent will be paid to all those who will have participated. And if there is anything left over, we will go to eat with Lito, “said Sosa, minimizing the fees that could be left for her and Vitale.

The artists who participated were the actress Laura Novoa, who conducted the event and read poems by Hamlet Lima Quintana, Diana Bellessi and Juan Gelman. The musicians Patricia Sosa and Lito Vitale, who interpreted We will see againby Serú Girán.

Also the duo formed by Nadia Szachniuk and Juan Falú, who put their imprint on Zamba not to die, from Lima Quintana, popularized by Mercedes Sosa. Y Susana moncayo, what I sing The passion according to Saint Matthew, by Johann Sebastian Bach, accompanied by an impeccable chamber orchestra, live.

At Casa Rosada they were dismayed by the controversy. “We do not understand why this discussion is generated, if all the artists agreed on a symbolic cachet. We felt we couldn’t ask them to come work for free, because this was an act organized by the State, with the participation of the President, the governors, the head of the Buenos Aires government and representatives of different faiths, indigenous peoples, the Afro-Argentine community and essential workers, “an official source told Clarion.

Laura Novoa at the act of tribute to the victims who died from Covid-19 led by President Alberto Fernández .. Photo from Novoa’s Instagram.

Is that the name of Laura Novoa became a trend on Twitter this Monday, because there were users who accused her of having charged $ 450,000 to conduct the act at the CCK. Faced with these messages, the actress herself went to the intersection of the versions and in dialogue with Ángel de Brito, in Los Angeles in the morning, on El 13, she denied having received such a cachet.

“What they paid me to host the event is 10% of what is being said. In addition, since it is an acting job, the payment is deposited through the Argentine Association of Actors, you can see it there. I know it is little but it was an honor that they think of me and this is my first step as a possible driver, “said Novoa.

Official sources explained that Novoa’s cachet was around $ 60,000, of which she would have just over $ 40,000 left after the discounts. “It is a symbolic payment”, they emphasized from the Government.

There was also controversy over the alleged payment to Patricia Sosa, since her husband Oscar Mediavilla assured that she did not charge anything for acting in the official act in tribute to those killed by coronavirus.

“Patricia did not charge and also all this appears because there is such an important evil. There were 24 governors from different political issues, I think there was (Horacio) Rodríguez Larreta. There were people from the opposition too, “Mediavilla told De Brito’s program on El Trece.

However, official sources confirmed that Patricia Sosa agreed to collect a cachet, just like the rest of the artists.

Speaking to Radio Ciudad, Patricia Sosa, said: “We do not charge for the tribute, and if we charge, what? We have to live on something, we musicians cannot generate income in this situation. “

Beyond that, the controversy was installed around whether the artists who performed at the CCK charged for being there. In that discussion they were involved Laura Novoa and Patricia Sosa, who represent different ideological views, for and against the national government.

“This is a ceremony of recollection and reflection in tribute to the people who died from Covid 19,” said Alberto Fernández, at the beginning of his brief speech at the CCK, appealing for a speech of national unity.

“The best we can do as a society is that so much sorrow becomes strength and impulse to build the future of our country, with diversity and without irreconcilable divisions. Let’s take care of Argentina, let’s take care of each other, together and together we will defeat the pandemic, “said President Fernández.

The opposition response came shortly after, in the mouth of the head of the bloc of deputies of Together for Change, Mario Negri, who assured that “honoring 92,360 dead is not the end of a tragedy that did not end. The worst, comparable to 142 wars for the Falklands. The Government now must ask itself how many of those deaths, and of the many more that will be, they could and could have been avoided if they had done the right thing. “