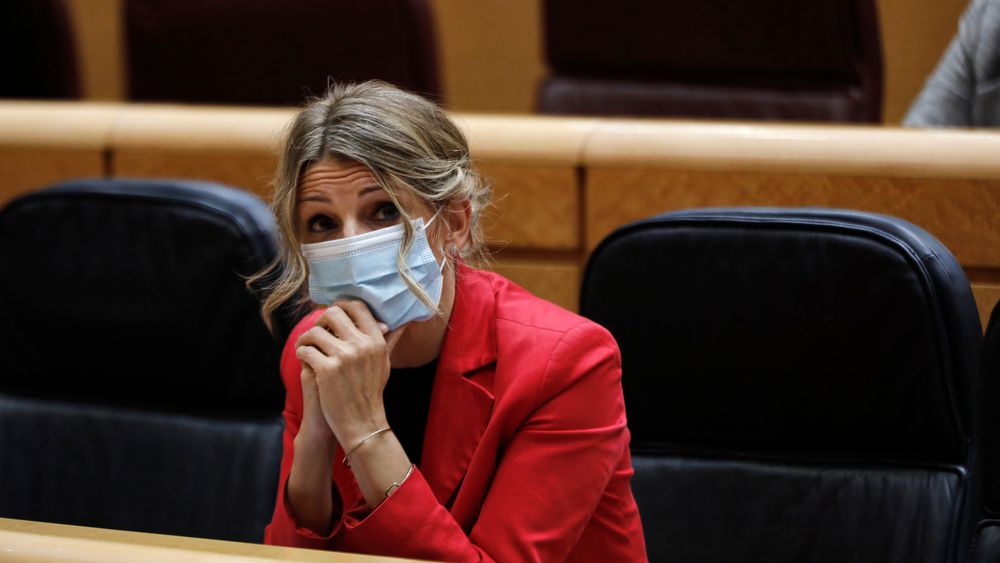 The Government will meet this Wednesday with CC OO, UGT, CEOE and Cepyme to set up the social dialogue table on the “modernization of the labor market”, which will address not only the aspects considered as most damaging of the 2012 labor reform , but also other matters referred to Brussels within the framework of the Recovery Plan, including hiring or measures against job insecurity.

The Minister of Labor herself, Yolanda Díaz, was the one who announced the convocation of this table as soon as the law that regularizes the situation of the distributors, known as the Law of riders. With this social dialogue table, Díaz said at the time, “a great task of transformation and structural reforms begins” in Spain.

Some of the matters that will be part of this table, such as the prevalence of the sectoral agreement over that of the company, the ultra activity and subcontracting, are old acquaintances, since the social agents were negotiating them with the socialist government in the previous legislature. Now, at this new table, which will start today at 4.30 pm, talks on these issues will be resumed, but many others will be added to comply with the commitments that the Spanish Government assumed in the files sent to Brussels.

In the proposals sent to Brussels, the Government proposes to generalize the permanent contract, return causality to temporary contracts and simplify hiring, reordering the modalities of labor hiring, as well as introducing flexibility mechanisms for companies that are alternatives to excessive temporary employment.

Regarding this last point, the document sent to Brussels by the Executive is committed to penalizing the excessive use of very short-term contracts and tackling labor fraud.

At the same time, the Government advocates the creation of a permanent model of temporary employment regulation files (ERTE) as “an alternative flexibility instrument to the external adjustment of employment in the face of negative shocks.”

On the other hand, the Executive wants to review the subsidies and bonuses for temporary hiring. Among the measures to achieve this, are the simplification of the incentives and requirements for beneficiary companies to focus on the employability of the unemployed and go for permanent contracts.

Unions push to get it done

CC OO and UGT, for their part, have been demanding urgently the dismantling of the labor reform of 2012. In fact, under the slogan ‘Now it is time’, the two unions have been mobilizing for a couple of months on the 11th of each month to demand the repeal of the 2012 labor reform.

They face the bosses, reluctant to touch on a reform that they consider has worked and that has received the endorsement of international organizations.

In any case, employers have pointed out that, when tackling changes in the labor framework, it is necessary to “remove the focus from ideology” and place it on productivity and flexibility.

The secretary general of CC OO, Unai Sordo, valued favorably yesterday that this Wednesday the negotiating table will be reactivated for the dismantling of the labor reform and has highlighted that its implementation, which is “very important”, is preceded by two union mobilizations that have demanded that it be resumed.

“We have to address this negotiation because in the second part of the year, when economic activity recovers, Spain will continue to have a very significant risk of devaluation of wages, it will continue to suffer from” extremely high “job insecurity and many of the responsibilities of this The situation is under the current legislation, which was imposed with the labor reform of the PP, ”according to Sordo.

The union leader has stated that he wants to propose two negotiation phases, a first in which the most harmful aspects of the labor reform are eliminated and, later, from there, start a negotiation phase to improve job stability ”.

Sordo has remarked that it is important to stabilize hiring and that “dismissal is the last resort.” Thus, it has influenced the fact that modernizing the Spanish labor model with the 21st century in mind “requires correcting” the aspects of the 2012 reform “which were made with the 19th century in mind”.

“Let’s hope that an agreement can be reached and that, if not, the Government will take measures aimed at recovering labor rights and balancing relations between employers and workers,” he added.

The Independent Trade Union and Civil Service Center (CSIF) and the U Union Sindical Obrera (USO) sent a letter last Monday to the Minister of Labor and Social Economy, Yolanda Díaz, to demand that she participate in the next social dialogue meetings.

In a joint statement, both unions pointed out that their presence at the social dialogue tables is “totally justified” by the current situation and the labor and social emergency.

Both CSIF and USO believe that it is necessary to “overcome old routines that do little to help in the best search for solutions” and debate and build with “a broader union majority.”

“It is easily possible to look for formulas that are not contradictory to the legislation, which exclusively privileges the so-called most representative”, according to CSIF and USO, who consider that their presence would be possible in the analysis and proposal phases, “since they are not exclusive to the more representative ”.

Picasso, Miro as well as Banksy for sale at auction

No agreement in sight: the Union does not want to let it come to an acid test

Sergio George praises Michelle Soifer, but clarifies him about the competition