The Government enables additional flights to the new daily quota of 1,700 passengers 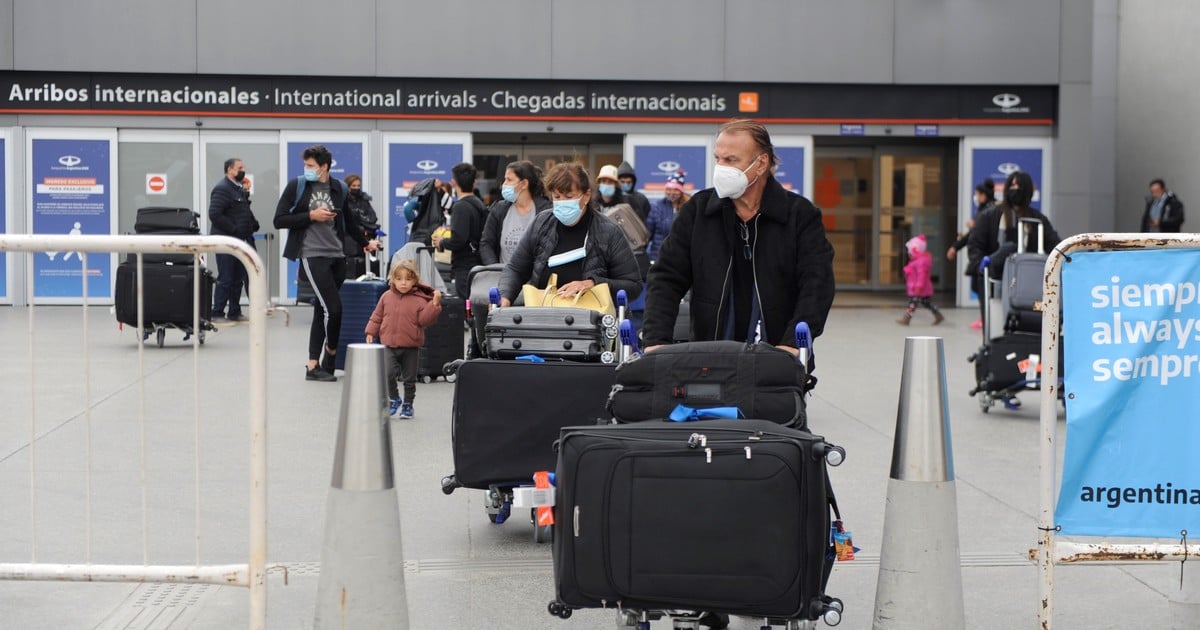 Paola Tamburelli, head of the National Civil Aviation Administration (ANAC)He assured that after the publication of the new administrative decision that increases the daily quota of Argentine passengers who can return from abroad to 1,700, airlines will also be enabled to carry out special flights to bring stranded passengers.

“We are proposing additional flights, to facilitate the return of those passengers who were on rescheduled flights and could not return to the country. Whenever it merits (for the company) to put an additional plane ”, said Tamburelli.

The official, in any case, insisted on the official position that there are no Argentines stranded abroad. “We say there are no stranded because the people who traveled they did it knowing the restraining measures that there were and that they could change not only in Argentina but in the rest of the world “.

“In addition to the increase in quotas, for which we work a lot, we were interested in giving greater predictability, Because one of the questions that airlines always asked us, for the purposes of their schedules, was how long in the future they were going to be able to operate. The validity (of the previous administrative decisions) for 10 days it was very little time“Said Tamburelli, speaking to Radio Concept.

He added: “For this reason it was signed that, for the next two months, there will be a gradual increase in two stages. One with 11,900 places per week from this Saturday, which is equivalent to 1,700 places per day since the 1,000 that we had been driving. And from September 6 to October 1 the quota goes up to 2,300 passengers per day, with the opening of new airports, so that airlines can fly not only from Ezeiza, Aeroparque and San Fernando, but from other provinces too. This is a breakthrough, “he said.

The official commented that on Saturday morning she held a meeting with the representatives of all airlines flying from abroad. “We will meet again throughout the weekend to put together the flight schedules based on these new conditions. They showed satisfaction although, of course, always the companies they aspire to not have quotas and to be able to fly freely, something that we as an aeronautical authority would also like. But as health continues to be a priority and the pandemic continues, it is necessary that these measures also continue”.

Tamburelli discarded that the restrictions imposed by the Government on flights will generate the departure of airlines from Argentina. “The entire commercial aviation market is driven by an economic-financial equation. If it performs to the company, it flies. If it does not perform, it does not fly. This pandemic taught us that the economic impact was very strong, but that there were also other variables that companies managed. Many companies came to Argentina empty and left empty, but they wanted to keep the route. They were interested in having a presence in our country. Today they are very satisfied that they can refill their planes, or that they can fill them a little more than before”.

The official also confirmed that there will be space for both emergency quotas within the 1,700 authorized passengers per day, and so that special flights can be configured, in addition to that quota.

“It will seek to facilitate that those people who had to reschedule the passage back to the country due to health measures, to do so. The companies of course are much happier because they see that they can give an answer to the passengers, who also pressured them ”, he said.