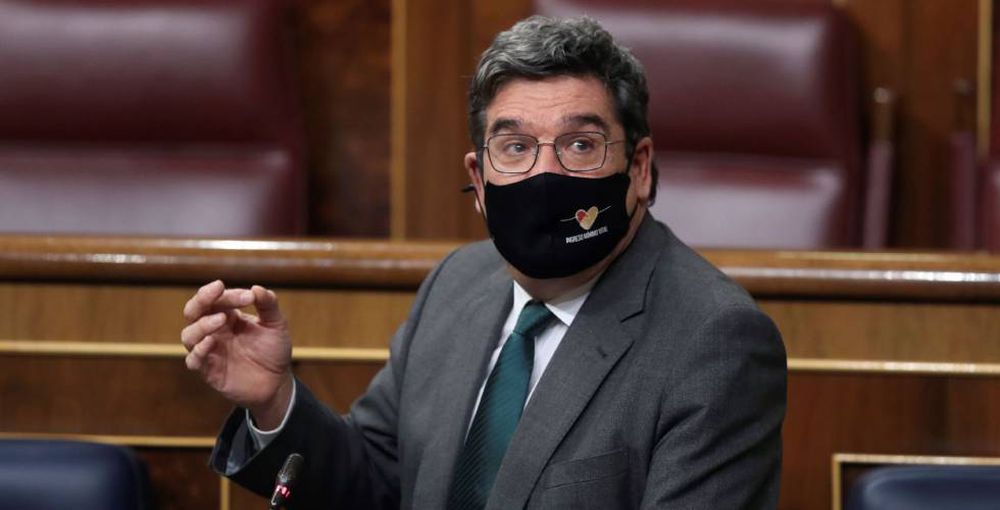 The Government has decided to blur in the document on the pension reform that has sent to Brussels the star measure to contain spending. The final document does not specify the gradual extension of the calculation period from 25 to 35 years, but it does make clear the Government’s intention to move in that direction. The text, to which EL PAÍS has had access, speaks of “deepening the reform of 2011”, in which, among other things, that parameter was expanded by progressively increasing it from 15 to 25 years. “It is proposed to extend and adapt to the current reality of professional careers the calculation period for calculating the regulatory base of the retirement pension, considering the possibility of choosing the years to be integrated into the regulatory base over the current progressively together with a review of the procedure for integrating gaps in the professional career ”, the text states.

This represents a change on the scene that had been drawn in recent weeks. The Minister of Social Security, José Luis Escrivá, sent to all the ministries of the delegated commission of economic affairs a proposal to increase the years from 25 to 35. According to his calculations, that would reduce by 5.5% the amount of future pensions that would arrive without this reform. In the latest document, that estimate was raised to 6.3%. But in the summary that the Government has delivered to the social agents with the main reforms sent to Brussels, this aspect that has caused so much indignation among the unions and the United We Can partners is no longer specified.

“The measure aims to increase the progressiveness and contributory nature of the system by making the retirement pension more reflective of the worker’s working life and reflecting the reality of a labor market in which interruptions and gaps are less and less exceptional and they particularly affect women and workers who are laid off in the last half of their working life ”, it can be read in the text. The increase in the “contributory nature”, in the language of pensions, always speaks of taking more years of contributions to calculate the pension and bring what is contributed with what is finally collected. However, in the same paragraph a compensation is included: “This reform would go in parallel with a review of the current procedure for the integration of contribution gaps, which is inappropriate for the most intermittent careers, especially associated with temporary employment,” concludes the Government. . The text also recalls that increasing the calculation period usually benefits workers who lose their jobs in the last years of their working life.

The Government wants to make all the reforms within the framework of the Toledo Pact and with an agreement in the social dialogue between unions and employers, with whom it has debated its plans on Tuesday, although if there is no agreement, the Executive will have to continue with the reforms committed to Brussels, since the great recovery fund that will save the Spanish economy depends on them.

Another substantial change included in the Government’s plans is “the replacement of the sustainability factor by a mechanism of intergenerational equity.” Dismantling the 2013 reform, that of the PP, involves ending the revaluation formula that resulted in an annual increase of 0.25% and also that sustainability factor that links the initial pension of new retirees with life expectancy and the financial health of Social Security. “Given the intergenerational dimension of the pension system, and the exceptional burden that the retirement of the generation of baby boom, it is necessary to recover for the design of the new mechanism the approach agreed in the reform of 2011. This implies incorporating, along with the evolution of life expectancy, other complementary indicators that together offer a more reliable image of the challenge than for the system it means the aging of the population, and that they free the younger generations from an adjustment caused by the arrival of more populated cohorts of workers to retirement age ”, clarifies the Government.

The Executive proposes nine important reforms on pensions. First, the financing of improper expenses. “The reform consists of the assumption by the State of spending items that are currently paid for through social contributions, limiting the system’s ability to cope with the volume of pension spending,” says the summary. The second reform focuses on maintaining the purchasing power of pensions, thus repealing the 2013 agreement that implied an annual increase of 0.25%, in practice a semi-freeze. The Government announces to Brussels that now Spain “will guarantee the maintenance of the purchasing power of pensions through a formula that links it to the CPI and simultaneously avoids the need for nominal reductions in the event of specific gains in purchasing power,” for negative inflation, for example ”.

The third reform supposes the “alignment of the effective age with the legal retirement age”. “The reform aims to show the population the convenience of delaying the retirement age and creating incentives for it. Along these lines, it is necessary to make changes to the system of reducing coefficients for early retirement to eliminate distortions, including its regressive nature, and to rationalize the use of this modality.

In addition, benefits will be established for companies that keep these older workers and their permanent training will be promoted to improve their employability ”, he concludes. The fourth and fifth are those of the intergenerational solidarity mechanism and the extension of the years to calculate the pension. The sixth is a new social security contribution system for self-employed workers based on their real income, the seventh a modification of the maternity pension supplement, so that it is not discriminatory for men, the eighth a review of the complementary systems of pensions “in order to promote employment pension plans in the field of collective bargaining, preferably sectoral”. Finally, the maximum contribution base of the system will be adjusted. “The adaptation of the system requires a gradual adaptation of the maximum contribution bases that must be concurrent with a modification of the maximum pension so as not to affect the contributory nature of the system,” says the text.