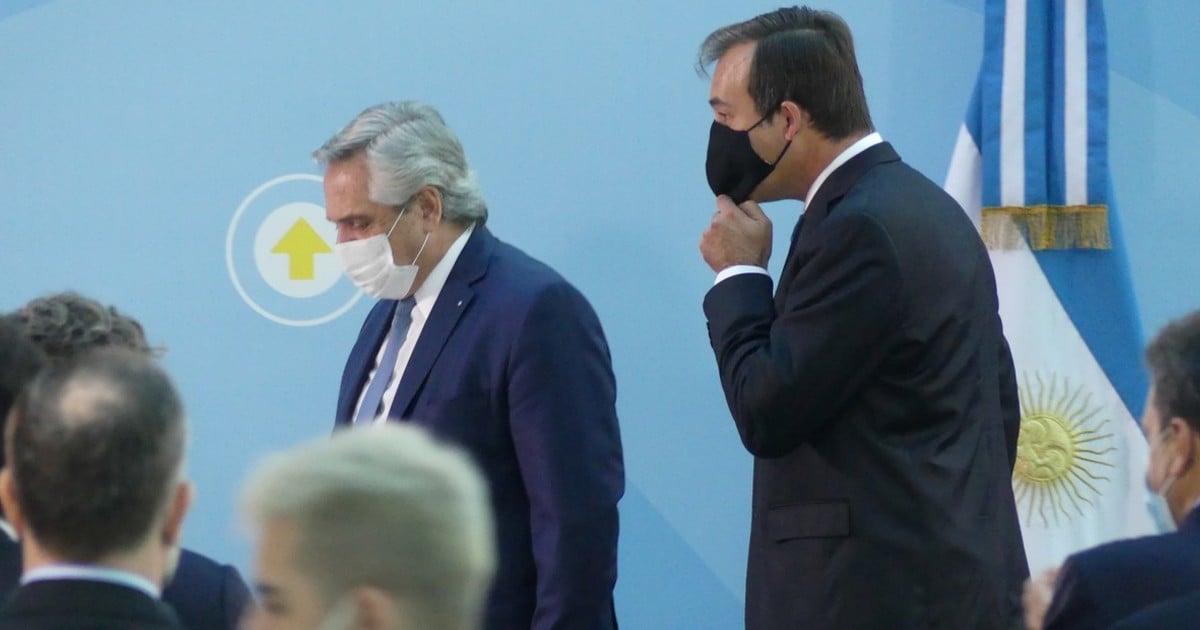 In the middle of the electoral campaign and almost in the final stretch towards the STEP on September 12, the Government appointed this Thursday to a roster of judges, among which are two magistrates who obtained the endorsement of the Senate but who were rejected by the opposition due to their intense link with Kirchnerism.

Through different decrees of the Ministry of Justice, published in the Official Gazette, with the signatures of President Alberto Fernández, the Chief of Cabinet, Santiago Cafiero, and the Minister Martin Soria the appointments of 24 judges were made official.

Among them is the name of Guadalupe Vasquez, who through Decree 582/2021 was appointed to fill the vacancy as a member of room B of the National Chamber of Commercial Appeals of the Federal Capital.

The statement of this judge had been rejected in the Senate by the representatives of Together for Change, since Vásquez could intervene in the cause of the bankruptcy of the Argentine Mail that involves the family of former president Mauricio Macri.

The truth is that the controversy over this appointment did not begin in the Senate, but the contest to fill that vacancy was held in 2016, but it was only in 2019 that the shortlist of candidates to occupy the position was raised and Vásquez was fifth.

In January of this year, as a result of a change in the system driven by the pro-government councilors to apply a gender quota, Vásquez moved to third place. From Together for Change they pointed out that it was the only contest in which the new gender quota rule was applied retroactively.

However, Vásquez was also questioned for having worked with former attorney Alejandra Gils Carbó.

Even during the process of dealing with his appointment in the Upper House, there was a certain intersection between the ruling party and the opposition when the radical senator Julio Martínez asked him, in the Accords committee, about his hypothetical position in the event of a possible participation in a cause. like that of the Argentine Mail.

From the ruling party, they crossed Martinez, since they understood that the Riojan senator was seeking to get an opinion from the lawyer that could lead to a prejudice in a cause in which he could intervene.

Meanwhile, with Decree 575/2021, a member of Chamber V of the National Chamber of Labor Appeals of Buenos Aires was appointed Gabriel De Vedia, who worked as a Social Security prosecutor and reported an alleged persecution by macrismo against former attorney Gils Carbó.

At that public hearing, Vedia revealed that she met in 2017 with Rodríguez Simón, who, given the possibility that the former prosecutor may not resign, would have told her: “Then we will imprison her daughters and her.”

The opposition questioned him why it took him three and a half years to report the alleged threats by “Pepín” Simón against the former attorney at the same time that they accused him of “partiality.”

Through Decree 582/2021, he was designated Juan Carlos Bonzon as a member of the Economic Criminal Appeals Chamber, a nomination that had also been rejected by the opposition for being 77 years old.

While, Jose Alejandro Sudera He was appointed as a member of the Chamber of Labor Appeals in the City, Chamber II, by Decree 576/2021. His application had been questioned by the head of the Federal Parliamentary interblock, the Salta, Juan Carlos Romero.

According to what was published in the Official Gazette, the designations of judges from different Chambers of the Federal Capital were endorsed, such as María Virginia Sansone; Matías Ariel Buenaventura; Hugo Daniel Navarro; Gustavo Alterini; Maximiliano Dialeva Balmaceda; and Walter José Candela. Diego Leonel Freedman, as Chamber Judge of the Oral Court No. 2 of Minors of the City.

The list continues with the appointments as judges in Civil and Commercial matters in the Federal Capital of Diego Paz Saravia; Alejandro Nobili; Maria Claudia Pita; Gonzalo Auguste and María Pilar Rebaudi Basavilbaso.

In addition, Enrique Jorge Bosch was appointed as Chamber Judge of the Oral Federal Criminal Court of Resistencia, Chaco.

Appointments of the Public Ministry

The Public Ministry also appointed prosecutors and official defenders through different decrees published this Thursday in the Official Gazette.

José Agustín Chit was appointed as a prosecutor before the federal courts of first instance of the province of Tucumán; Iván Javier Gueler, as official public defender before the official court of first instance of Gualeguaychú; and Pablo Alfredo Candela, as public defender of the victim for the federal court of Tierra del Fuego.