The girls forced to prepare their trousseau 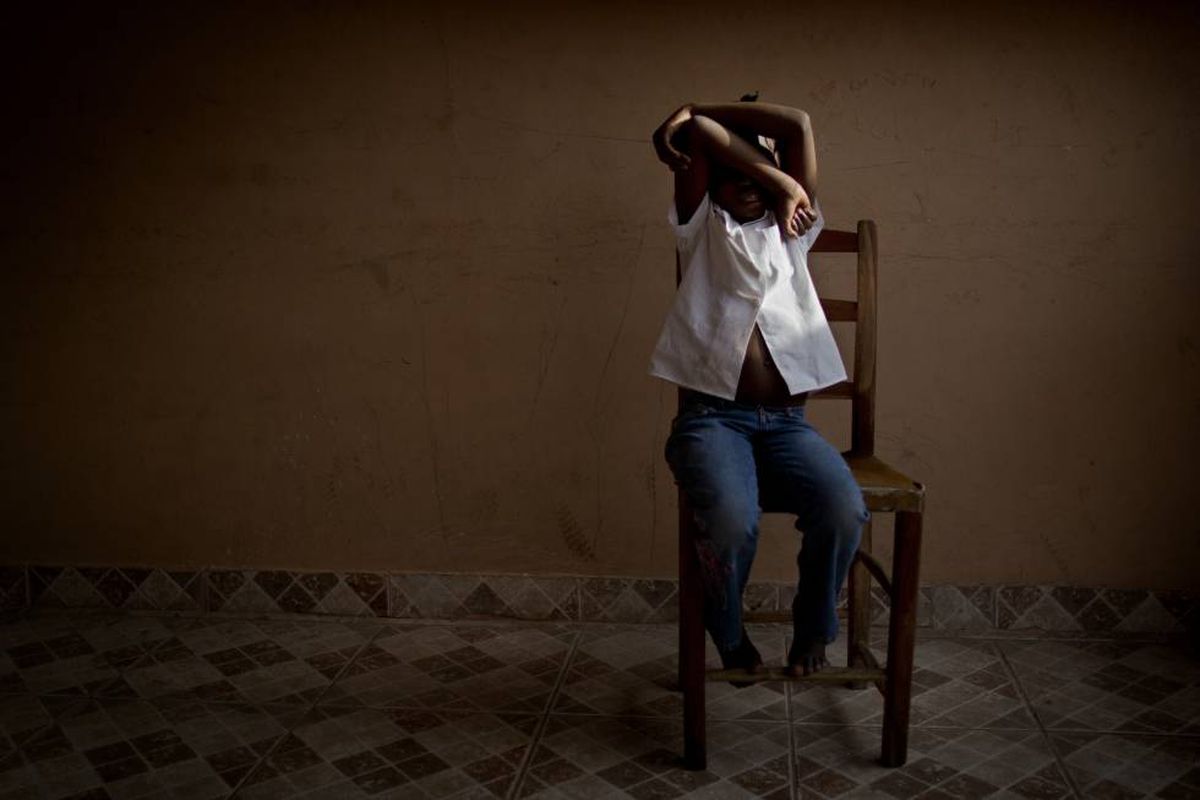 For 15-year-old Meena, the past year was hardly marked by the pandemic. In 2020 she would marry a neighborhood boy she hardly knew. This Indian girl, living in the Orissa area, received a letter with the proposal, read first by her parents, which she accepted, assuming that there was no option to say “no”. “I thought it was the best,” says this young woman who prefers to use a false name. His family thought so too. “We did not have money so that I could continue studying”, he narrates, “what was I going to do?”. However, they backed off. “They realized that she was still very small,” she says, relieved. But about 650 million young people were not so lucky. According to a recent World Vision report, that’s the current number of child wives on the entire planet. The pandemic, according to the latest UNICEF count, threatens another 10 million teenagers to a forced wedding before the end of the decade. These are in addition to the 100 million that were expected before covid-19.

Mona Aika, a child protection specialist, from Unicef’s regional office for Eastern and Southern Africa, points out that the cause behind these very high figures has been mainly confinement: “The strict containment measures at the beginning of the pandemic led to an increase in threats to the safety and well-being of girls and women. This includes child marriage, female genital mutilation, gender violence, exploitation, abuse, neglect and social exclusion ”.

25 million marriages were avoided, but this progress is now in jeopardy

This is the biggest rebound in the last 25 years progress. However, in the last decade, the proportion of young women around the world who married as children fell by 15%, from almost one in four to one in five. 25 million marriages were avoided, but this progress is now in jeopardy. The World Vision study, Breaking the chain, analyzed the situation in four countries – Afghanistan, Bangladesh, Senegal and Uganda – and focused on poverty, fragility, unjust legal systems and harmful social norms and traditions. This is what is behind the practice that alienates millions of girls from their right to be girls.

“Each of these cases is a tragedy with far-reaching effects: empty desks in classrooms, girls treated like a commodity, and the loss of each one’s economic and social potential,” said Dana Buzducea, Global Advocacy Leader for World Vision. it’s a statement. Aika, from Unicef, adds: “The efforts of the last ten years need to be increased sixfold to achieve Sustainable Development Goal 5.3 on the eradication of child marriage.”

The consequences and abuse

Marriage early is the first piece in a long line of dominoes. This unfair practice has immediate and permanent consequences and exposes them to a greater risk of being victims of domestic violence, early and unplanned pregnancies – which causes complications derived from pregnancy and maternal mortality – and creates a gulf between these girls and the education. The condition of forcibly becoming mothers and housewives also isolates them from participating in their communities, a situation that has serious consequences for their mental health and well-being.

Those who marry before the age of 15 are almost 50% more likely to have experienced physical or sexual violence by their partner than women who did so after the age of 18. In fact, a study from the NGO Girls Not BridesIt even showed that young women who were married before they came of age were more likely to believe that it was “acceptable” for a man to hit his wife.

The cases are so many that they are normalized. In communities like Meena’s, the work of organizations like Educo has been key to changing the perception of childhood. In Orissa, they have cared for more than 5,000 young people between the ages of 12 and 18 and their respective families in 77 villages. “The objective is to locate the vulnerable adolescent population and do awareness work to demotivate everything that is behind this reality,” explained in a video call Sanjaya Kumar, Educo’s project coordinator for the eradication of child marriage in the region.

In January 2021, Educo started a program together with PREM (People’s Rural Education Movement), a local body, of awareness and feminine empowerment to remember the terrible collateral damage of premature weddings. “Working with families is as important as it is difficult. They have to go to the houses several times and have group meetings and explain it over and over again until they change that way of thinking ”, added the expert.

Awareness work is crucial to change what, more than a practice, is a normal lifestyle. What happens to them for being women. The experts point out four fundamental points to eradicate this practice: empowerment of girls and women, involving children and boys, the active participation of community and religious leaders and guaranteeing quality education so that childhood is a real right. “If we reopen schools, implement effective laws and policies, guarantee access to health and social services – including sexual and reproductive health services – and adopt comprehensive social protection measures for families, we can significantly reduce the risk of girls being deprived of their childhood due to child marriage, ”added Henrietta Fore, UNICEF Executive Director, on Women’s Day, during the organization’s report presentation.

Meena cannot imagine what her life would have been like if she had married a year ago. He prefers not to think about it too much. “Tell him you want to be a nurse,” his brother whispers on the other end of the phone. It was also a relief to him that she didn’t. “She is my little sister,” he justifies himself. What this quinceañera is clear about is that she will no longer worry about the wedding night, or living with her in-laws, or separating from her family. What he can’t get out of his mind is going back to school. “I have not gone for almost two years,” ditch. “I do not know when I’ll get back. Not if I will return ”.