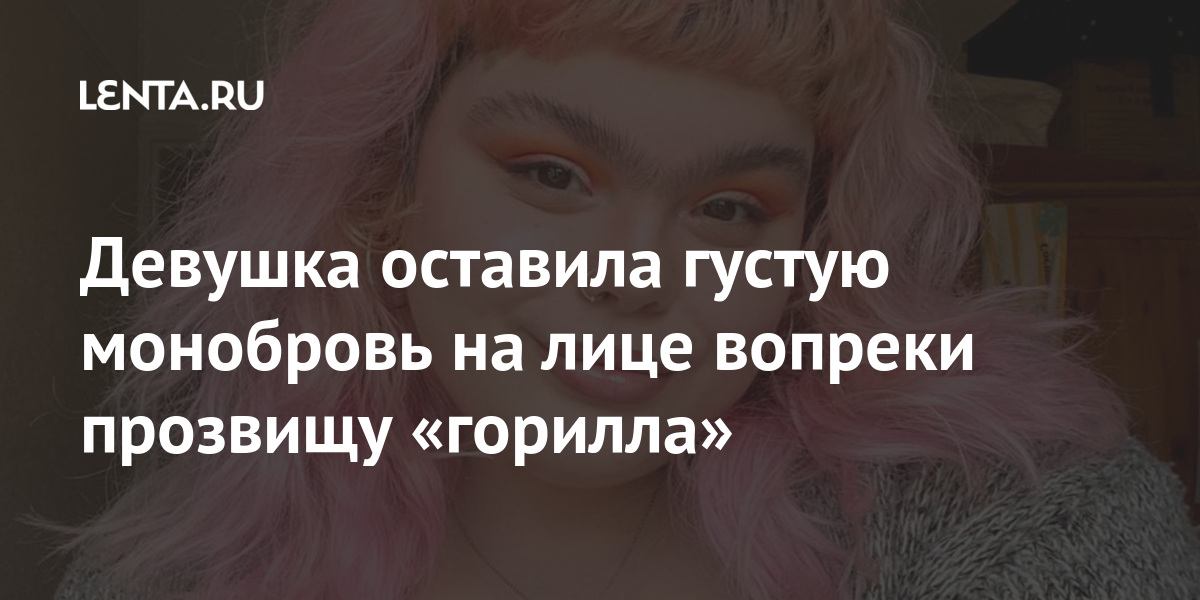 A British blogger with a thick monobrow complained of harassment by strangers. The information appeared on the Daily Star website.

Berkshire resident Cydni Akbar told reporters that she was often harassed at school because of her bushy eyebrows. According to the girl, classmates came up with the nickname “gorilla” for her. “I was told that I should shave off my eyebrows,” she added.

According to the material, due to the constant bullying, the blogger began to pluck her eyebrows so as not to stand out from the rest of the teenagers. “I didn’t understand why they were insulting me, but I decided to get rid of facial hair so that I wouldn’t hear the insults anymore,” Akbar explained.

However, in September last year, the user of the network decided to resist negative comments about her appearance and began to grow a monobrow again. She explained that she wanted to become herself, and not adapt to the standards of beauty dictated by society.

“People’s opinions have controlled my appearance for many years, but it’s time to stop listening to strangers,” said the heroine of the material. The girl began to publish videos in TikTok, in which she shows her monobrow, thereby urging subscribers not to pay attention to harassment on social networks.

In September, the model’s unibrow was compared to the McDonald’s logo. American Haylee Michalski said that she often has to face insults in her address. “People say I have a McDonald’s logo on my forehead,” the model admitted.

Mario González, the Spanish killer who breaks records in Portugal

On Zayed’s Day for Humanitarian Work, the UAE will remain in the era of goodness and giving