The girl got pierced and died 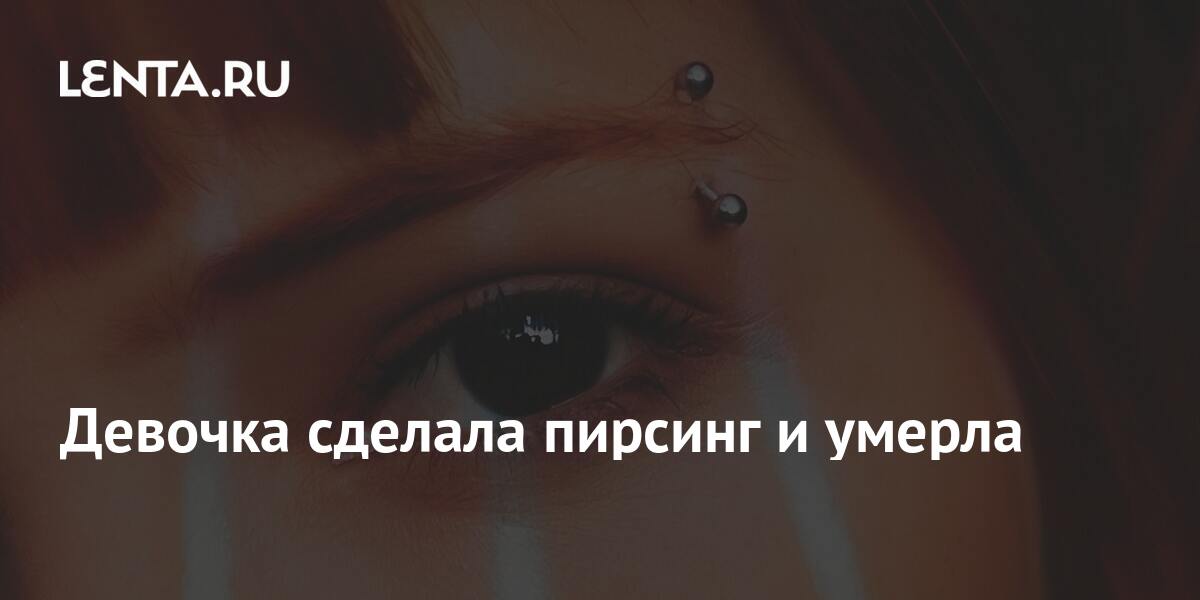 In the Brazilian state of Minas Gerais, a 15-year-old girl had her eyebrow pierced and died of cardiac arrest from an infection. This is reported by the Daily Star.

Izabela Eduarda de Sousa asked her mother for permission to pierce her eyebrow and was refused. As the girl’s aunt said, the whole family was against such a procedure, but this did not stop Isabela.

The girl asked a friend to help her pierce her eyebrow at home. During the procedure, a fatal infection entered the teenager’s body, and three days after the piercing, her face was swollen.

The child was rushed to the hospital where she suffered four cardiac arrests. After that, she was transferred to another medical facility, where Isabela died.

According to doctors, if the girl managed to survive, she could lose her eyesight due to piercings.

Earlier it was reported that in the United States, a 13-year-old teenager died in his sleep a few days after receiving the second dose of the Pfizer coronavirus vaccine. “He passed away in the middle of the night at home,” said the boy’s aunt, Tammy Burages. After receiving the second dose, her nephew developed general post-vaccination symptoms such as fatigue, fever and abdominal pain, she said, however, she noted that the symptoms were not severe enough to cause concern. Vivo: the Senate meets amid the scandal over the photos and videos in Olivos