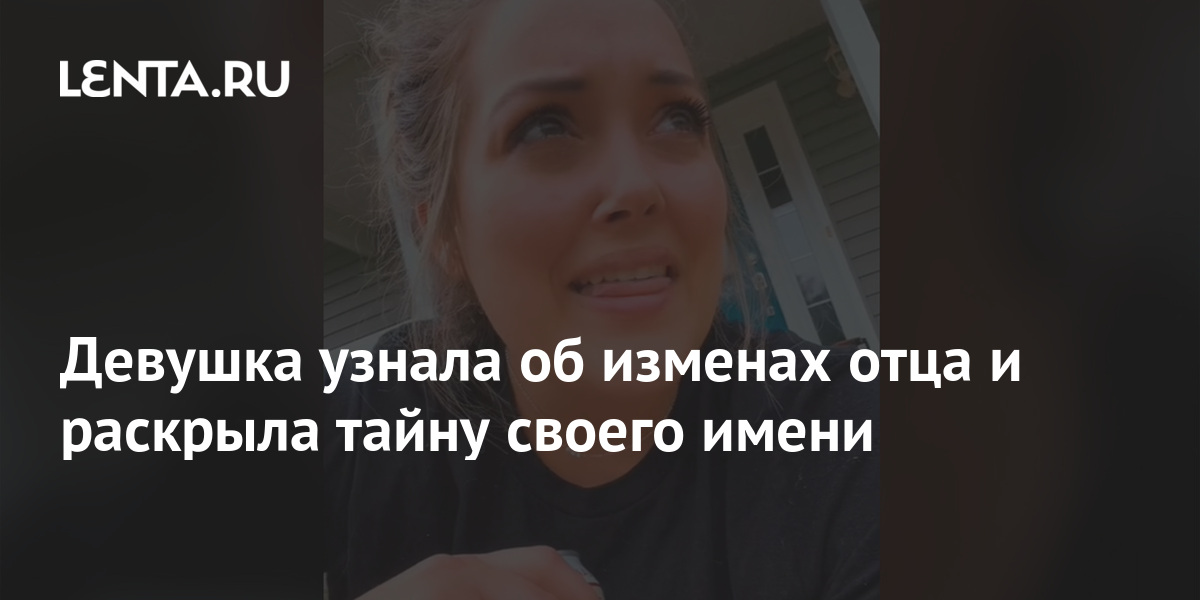 User TikTok with the nickname keepingitkristina told the story of how she revealed the secret of her name. The girl realized after whom she was named after she found out about her father’s infidelity.

“I know most people are named after someone special, but that’s not about me,” keepingitkristina begins. The blogger also said that her name is Christina and that her father chose the name for her.

According to the girl, a few months after she was born, her mother found out that her husband was cheating on her. It turned out that her father’s mistress was called Christina. The father chose the same name for his daughter on purpose: if he accidentally pronounced the name of his mistress, he could say that he was talking about the child.

TikTok users supported the girl and shared their stories in the comments under the video, which gained about 300 thousand views. “I was named after my father’s favorite guitar company,” tcupptattoos said. “My name is February. No, I was not born in February. I was conceived in February, ”shared the girl under the nickname febdixon.

Earlier, another blogger under the nickname Snowwolf_JKU posted a video in which she checked her boyfriend’s friend Jack and revealed his deception. The girl said that she did not trust her lover’s friends, and explained why.