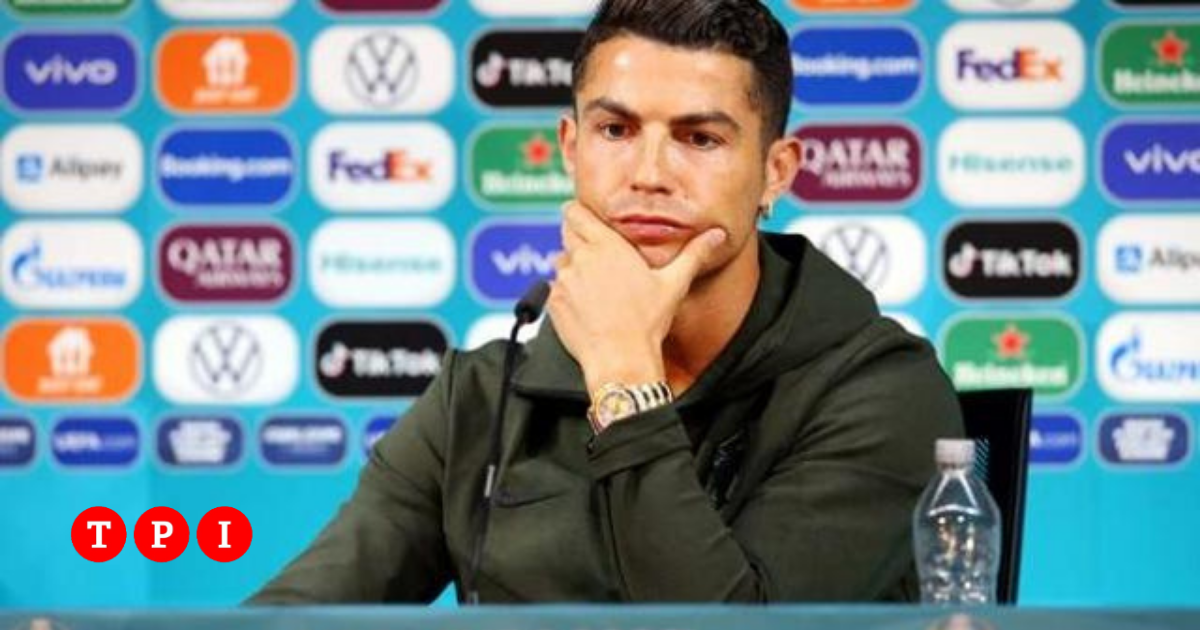 He pushes away two bottles of Coca Cola and invites everyone to drink water. Cristiano Ronaldo continues to make shows, not only on the pitch, but also in the press conference. The 36-year-old Juventus champion has always had an obsessive care for his physical shape, through personalized training and a diet that he follows down to the smallest detail.

In addition to the various meals and snacks throughout the day, Cristiano Ronaldo drinks only water, and they are completely abolished from his diet alcoholic and carbonated drinks. No Cola Cola, therefore, for the Portuguese. However, the famous drink is the main sponsor of Euro 2020, and for this reason a couple of cans are placed in plain sight during the press conferences of the protagonists of this European Championship.

The striker, busy today in the debut match with his Portugal, however, did not like the presence of the typical red bottles, and decided to remove them from his conference position, as can be seen in the video that in the meantime has gone viral on the web. Cristiano Ronaldo then proudly brandished a bottle of water, inviting everyone to prefer it to Coca Cola. Already in the past the Juventus champion had complained about the famous red can drink, reproaching his son Cristiano Jr. “It has potential, but he continues to eat chips and drink Coca Cola, so he will never be able to reach the top”.