The garden of the house reveals the director’s crime 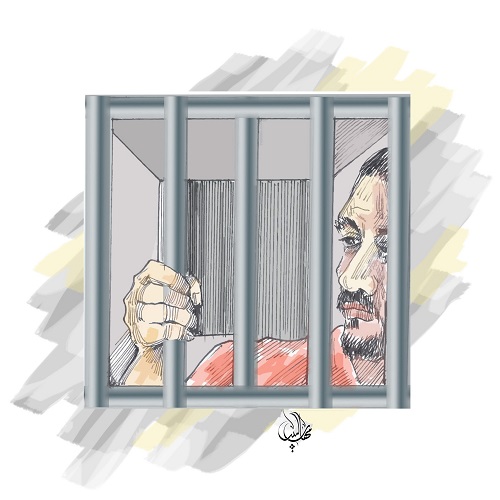 A famous (European) procurement manager in a famous chain of sweets and chocolate stores took advantage of the powers of his position, and seized commissions and sums of money in excess of 500,000 dirhams in exchange for continuing commercial dealings and placing purchase orders on certain companies, in violation of his job duties, and he tried to plant his garden at the expense of the company. The Public Prosecution Office and from there to the Criminal Court for a felony.
A witness to the accounts manager of the victim company said that in March of 2019, the company bought new shelves for its factory, then it was noticed that the old shelves had disappeared, and it was found that the accused manager sold them for 32,000 dirhams and did not return the amount to the company’s treasury, and then claimed upon detection that he had sold them. At the amount of 5,000 dirhams, in addition to that, he has been selling the company’s waste monthly for two years, at a value of 93,000 dirhams, without supplying its value as well. When confronted, he admitted this and returned the amounts, so an auditor was appointed to reveal his violations in the company.
The witness added that the accounting report concluded that the accused was asking for commissions from the company’s suppliers in China, and the value of the bribes he received amounted to about 530 thousand dirhams, and it was found that he sold two machines for selling and packaging cocoa valued at about 50 thousand dirhams, and even contracted with a company to grow Weed the company’s outdoor lawn, asked them for a quote, then added the value of his own home garden and the company paid the bill.
For his part, the accused said in the investigations of the Public Prosecution that he was receiving a 3% commission from a Chinese company that was supplying plastic boxes to his company, in exchange for continuing to work with it, while that company reported that it had delivered that amount as a gift due to the large profits it achieved from dealing with his company.

Raffaella Carrà from Letterman: “I’m a woman but I earn like a man”