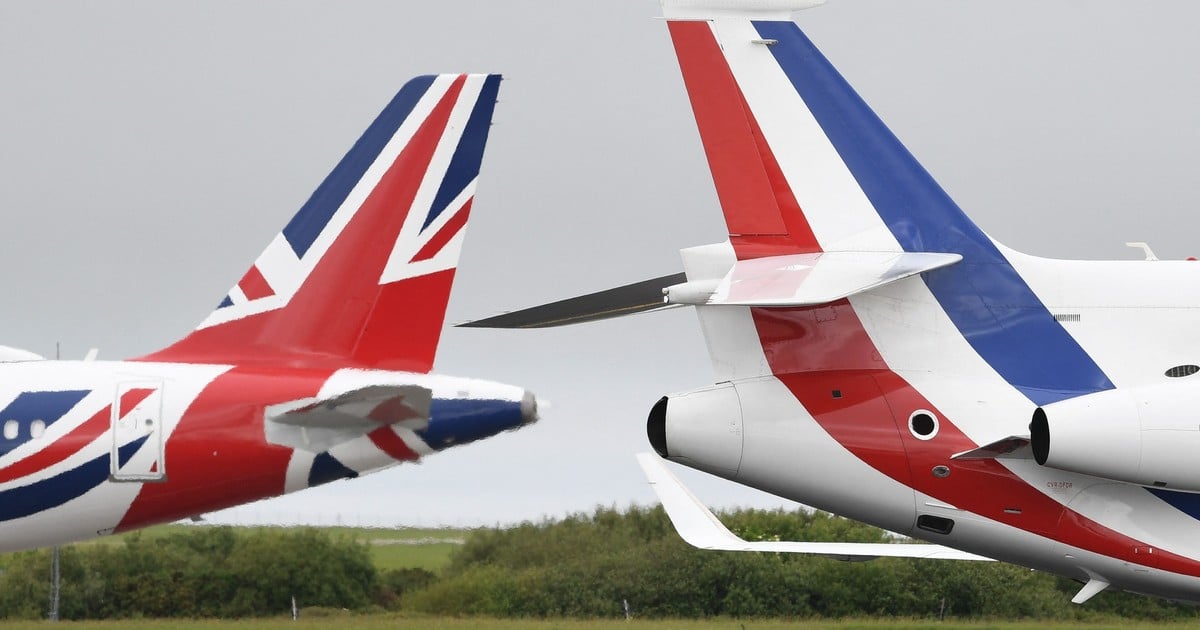 The leaders of the seven most industrialized nations in the world will commit during their summit to share at least 1 billion vaccines against coronavirus with countries in trouble around the world. Half of the doses will come from the United States and 100 million more from Great Britain.

The commitment of the president of the United States, Joe Biden, and the prime minister of Great Britain, Boris Johnson, on Thursday set the stage for the G7 summit in the southwest of England, where the leaders will pass directly this Friday. of the initial greetings to a session on better reconstruction after the coronavirus pandemic.

“We are going to help lead the world out of this pandemic by working with our global partners,” said Biden, noting that the rest of the countries in the group would join Washington in outlining their vaccine donation commitments. G7 is also made up of Germany, Canada, France, Italy and Japan.

The mighty seven on the Cornish beaches. Photo: dpa

The leaders present at the Carbis Bay resort also hope to boost the world economy. They are scheduled to formally adopt on Friday a global minimum tax of at least 15% to companies, supporting the agreement reached last week at a meeting of their finance ministers. This measure seeks to prevent companies from using tax havens and other tools to avoid their tax obligations.

This represents a potential victory for the Biden government, which proposed a global minimum tax as a way to pay for infrastructure projects, in addition to creating an alternative that could eliminate the fees for digital services in some European countries that mainly affect firms American technology companies.

Boris Johnson and his wife Carrie Johnson, along with Joe Biden and Jill Biden in Carbis Bay. Photo: EFE

For Johnson, the first G7 meeting in two years _ 2020 was canceled due to the pandemic _ It is an occasion to present his vision of a “global Britain” after Brexit, as a medium-sized nation with a leading role in solving international problems.

In addition, it is an opportunity to strengthen the alliance between London and Washington, often described as a “special relationship.” After a meeting with Biden that both parties described as a success, Johnson noted that he prefers the term “indestructible relationship.”

Officially, the summit starts on Friday with the traditional formal greeting and a family photo, this time keeping social distance. Later, the leaders will meet Queen Elizabeth II and other representatives of the royal family at the Eden Project, a luxurious eco-tourism center built in a former quarry.

Officially, the summit starts on Friday with the traditional formal greeting and a family photo. Photo: AP

The G7 rulers have faced increasing pressure to detail your vaccine donation plans, especially due to the inequality in the distribution of doses throughout the world. The United States has large reserves and its domestic demand has dropped considerably in recent weeks.

Biden explained that his country will donate 500 million doses of vaccines to a list of countries from which Argentina was excluded, and anticipated a coordinated effort by the group to make vaccination widespread and accelerated everywhere. This commitment is in addition to the 80 million doses that the leader said would be distributed before the end of June.

Johnson, for his part, pointed out that the first five million British doses will be delivered In the next weeks, and the rest in the next year.

“At the G7 summit, I hope that my ruling colleagues will make similar commitments so that, together, we can vaccinate the world by the end of next year and rebuild better after the coronavirus,” Johnson said in a statement in which he referred to the motto of Biden’s presidential campaign.

Hours earlier on Thursday, French President Emmanuel Macron celebrated the United States’ commitment and stated that Europe should do the same, pointing out that his country will distribute at least 30 million doses around the world before the end of the year.

China and Russia have shared domestically produced vaccines with other countries in need, often with hidden conditions.

By Zeke Miller, Aamer Madhani and jIll Lawless of the Associated Press