The G7 ministers spent an hour and a half discussing Russia 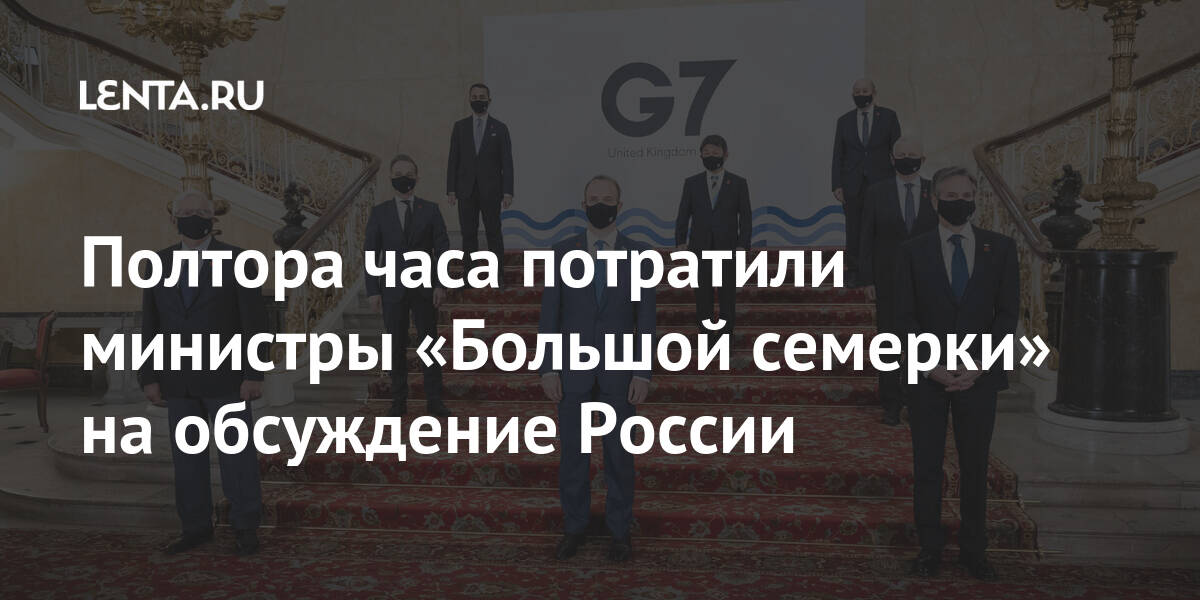 The foreign ministers of the G7 (G7) during their meeting in London spent an hour and a half discussing Russia, reports RIA News citing a senior US State Department official. The discussion took longer than the issues of Afghanistan or Syria, and was caught up only with China.

“We started at 8:45 and held a discussion on China for an hour and a half, then smaller sessions – 30 minutes for Myanmar, Libya and Syria, 1 hour 30 minutes for Russia, including affecting Ukraine and Belarus, 30 minutes for Afghanistan “, – said the representative of the State Department.

He noted that US Secretary of State Anthony Blinken conveyed to the foreign ministers Washington’s position on the need to “hold Russia to account”, but at the same time seek stability and predictability.

Earlier, US President Joe Biden expressed hope that his meeting with Russian leader Vladimir Putin would take place in June, during the visit of the head of the White House to Europe. He intends to attend the G7 summit in London and the NATO meeting in Brussels.

China exchanges loans for investments in Latin America during the pandemic