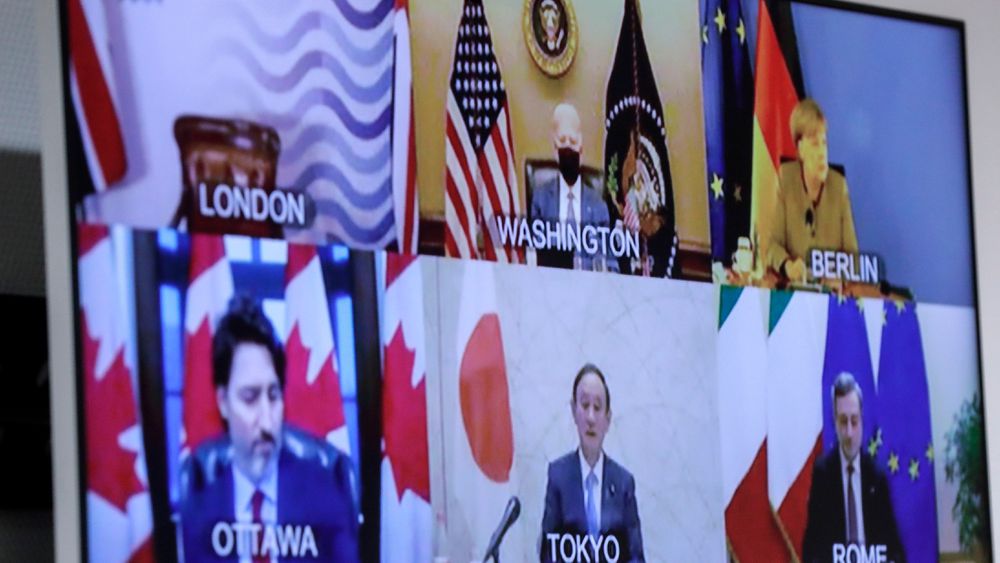 The seven major powers in the world, gathered around the G7, have agreed on Friday the first expansion of the International Monetary Fund (IMF) reserves in more than a decade. The objective of the measure is to support developing countries, which have seen their funding short-circuited the most after the outbreak of the pandemic. The announcement, made this Friday by the British delegation – which chairs the G7 this year – does not quantify by how much the special drawing rights will increase, the name given to the instrument with which the organization provides liquidity to governments in financial problems. Today, through a pandemic, there are many who – in the developing world – need this support, but the question is whether it will be enough.

The measure has yet to be approved by the Fund’s governing bodies, but with the approval of the big seven it can be almost taken for granted that it will go ahead. “Today’s agreement paves the way for crucial and accurate action to support low-income countries, and to ensure that none are left behind in the recovery,” UK Finance Minister Rishi Sunak remarked after the virtual meeting with their G7 counterparts.

The increase in the IMF’s available resources should help the poorest countries to “meet the payment of basic necessities, such as vaccines or food imports,” according to Sunak, who has also announced that the group will collaborate with the Fund to “improve the transparency ”in the use of special drawing rights. This measure is in addition to the temporary moratorium on financial obligations assumed by the world’s poorest countries, agreed in June last year by the G20. The initial horizon of this suspension of repayments was six months, but before the confinements it was extended again for another six.

The last time the IMF approved an increase in special drawing rights was in 2009, just after the Great Recession that followed the global financial crisis. There is currently $ 293 billion in circulation in the Fund’s internal currency, which responds to the price of a basket of currencies from around the world made up of the US dollar, the euro, the Japanese yen, the British pound and the yuan. Chinese. In recent days, the Japanese news agency Kyodo had assured that after this increase the special drawing rights in circulation would be around 650,000 million dollars (slightly less than half of the Spanish GDP), while other sources point to 500,000 million (the figure to which it pointed last year the Fund itself).

The expansion of the funds available for the IMF to come to the aid of countries in trouble is important news that many governments have been waiting for months, but some international organizations, such as the United Nations Development Conference (Unctad), have already warned that – given the magnitude of the crisis – it is not enough. “Much more is needed,” said Richard Kozul-Wright, head of the entity’s Globalization and Development Strategies division, in conversation with this newspaper on Wednesday. By then he was already assuming that the increase would be around half a trillion dollars, “less than required.”

Nor does the rating agency Fitch believe that the measure will be the “panacea” that allows nations in trouble to get out of the spiral in which they have been immersed since the beginning of the pandemic. “It will help the countries that are under pressure, but it will not be enough to face the most fundamental imbalances of the increase in debt” as a consequence of the pandemic, the analysts of the US agency remarked in a report published shortly before the green light was known. of the G7.

«Dubai Municipality» .. decades of excellence and development by the fingerprints of Hamdan bin Rashid

Pyro show at the Berlin Derby: “We didn’t know anything about it”