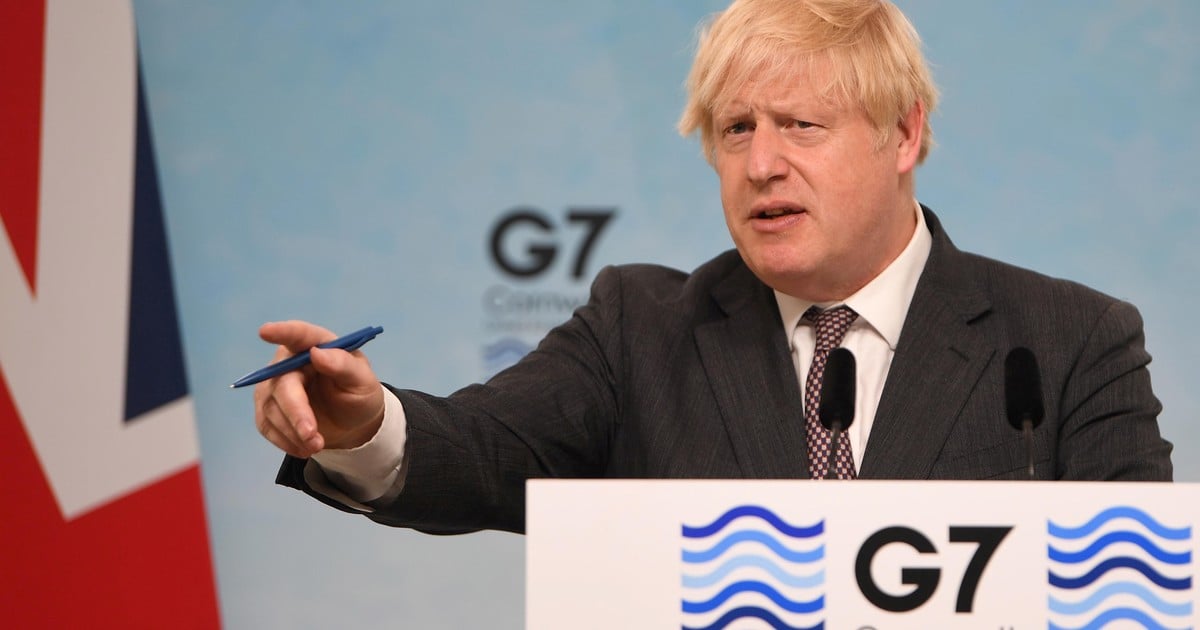 The G7, the group of the world’s most developed economies, announced this Sunday an agreement to donate more than 1 billion doses of vaccines against coronavirus to developing countries.

“I am pleased to announce the (G7) commitment of 1 billion doses of vaccines, either directly or through financing from (the international program) COVAX, “said British Prime Minister Boris Johnson, host of the summit in Cornwall, south-west England, at the summit’s closing press conference.

In the final communiqué of the meeting, signed by the leaders of the United Kingdom, France, Italy, Germany, Japan, Canada and the United States, it is specified that the commitment of direct donations reaches 870 million doses, half of which must be allocated before the end of this year through the COVAX program.

In his speech, Johnson said that one hundred million of those doses will leave the UK.

The joint statement explains that the commitments made by the seven countries since the beginning of the pandemic, either through financial contributions or direct donations, they bring the total cooperation to 2 billion doses.

But there was no shortage of people who reminded them that it takes eleven times more to inoculate the world against a virus that has killed 3.7 million people.

“I think this summit will go down in history as a missed opportunity when we needed 11 billion vaccines, and they only offered us a plan for a billion, “lambasted former British Labor Prime Minister Gordon Brown.

For her part, the managing director of the International Monetary Fund, Kristalina Georgieva, emphasized the need to help developing countries to overcome the economic crisis caused by the coronavirus, warning of the risk of “dangerously divergent recoveries”.

In this sense, the G7 announced a plan promoted by the United States to help the “low and middle income countries”, from Latin America to the Pacific, to recover from the pandemic, with the development of infrastructures focused on climate, health, the digital world and the fight against inequality.

Baptized “Rebuild the world better” and estimated at hundreds of billions of dollars, its clear objective is to counteract a Chinese project called “new silk routes”, consisting of large works abroad.

G7 also called for a more in-depth study from the World Trade Organization (WTO) on the “origins of covid-19”, with the participation of China, which he urged on the other hand to “respect human rights” in the Xinjiang region, home to the Uighur Muslim minority, and in Hong Kong, where Beijing has repressed the defenders of democracy.

He also called on Russia to end their “destabilizing activities”, including interference in the democratic systems of other countries and cyberattacks with data theft programs attributed to groups in that country.

And urged Moscow to fulfill its international human rights obligations, investigated “urgently” the use of chemical weapons on their territory and ending “their systematic repression of civil society and the independent media.”

Asked about the suspension of vaccine patents – a measure advocated by more than 100 countries around the world, including the United States – Johnson said that “the really important thing is to raise manufacturing capacity around the world, especially in Africa. “

“The way forward is to sell the vaccines at cost price, we defend the Oxford / AstraZeneca model “said Johnson, who insisted on the need to accelerate the transfer of knowledge and manufacturing technology to developing countries.