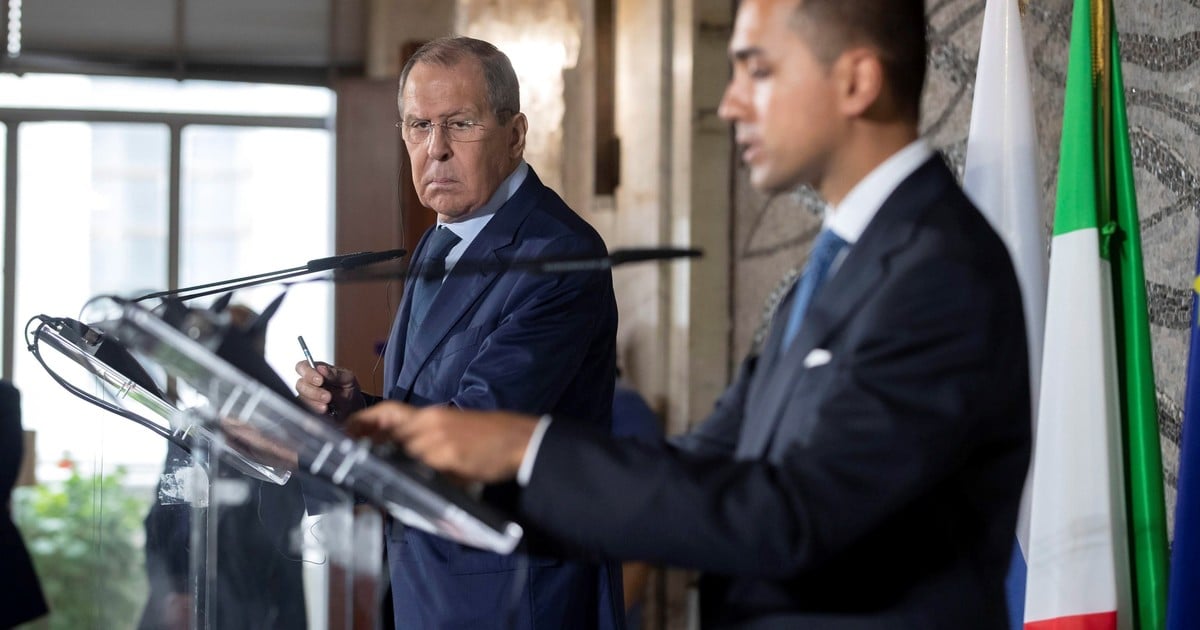 Russian Foreign Minister Sergey Lavrov met in Rome with Italian Prime Minister Mario Draghi, who is in charge of the presidency of the G20, which groups the twenty most important countries in the world, one of whose members it’s Argentina. Draghi later spoke with the Indian president, Narendra Modi. The topic: Afghanistan.

The attacks on Thursday, with a toll of more than a hundred dead, including 13 American soldiers, has made even more dramatic situation.

Lavrov later stated that “the most important thing for us now is the security of our borders and the organization of security ”.

The Russian Foreign Minister considered that the G20 “better reflects our multipolar world”, referring to the G7 of the major Western powers, limited to the 7 most industrialized countries. But he estimated that Russia wants to “better understand what role” Western nations give it in the G20 meeting, because in the past it was shown that in Afghanistan “Joint solutions are never easy.”

Lavrov insisted that it is necessary invite neighboring countries to Afghanistan, who are the ones who suffer the most consequences and “who are not included in this format” of the G20. He was referring above all to the absence of Pakistan, of vital geopolitical importance in the area, which is not part of the Group.

Draghi and Foreign Minister Luigi Di Maio are preparing a “plan for the Afghan people” and want the G20 to give a global dimension to the talks to prolong further evacuations beyond Tuesday, August 31, the last date for the withdrawal of the US occupiers with their NATO allies.

Refugees and the Argentine role

The driest issue is the management of half a million afghans estimated to have crossed the borders by the end of this year.

In this regard, Argentina could alleviate its critical economic-financial situation.

Argentina is a large food producer and has huge spaces as eighth country biggest in the world.

The summit of heads of state and government of the Group of Twenty is convened in Italy for October 30-31, to which President Alberto Fernández must attend for Argentina.

There are initiatives to bring this date forward, although there is a problem that the September meeting of the G20 in Italy collides with the beginning of the annual sessions of the General Assembly of the United Nations at its headquarters in New York.

Who makes up the G20

Spain is the only permanently invited country and there are initiatives to invite Pakistan to this summit due to its very important role as a neighbor of Afghanistan.

The plans of Italian Prime Minister Draghi threaten to complicate after the attacks by the terrorist group ISIS-K at the Kabul airport, where the last flights with refugees and collaborators departed this Friday.

In diplomatic circles they estimated that the North American position could be made stiffer. Washington hesitates to give the G20 ample space for fear of ending up under trial, especially Moscow and Beijing.

The military who supported the movement of the planes at the airport have time to leave the country until Tuesday.

Italy completed this Friday the transfer of around 4,900 refugees. The last plane of the airlift left Kabul in the afternoon and after a stopover in Kuwait with a change of aircraft, the last 60 refugees will disembark in Rome along with a group of Italians.