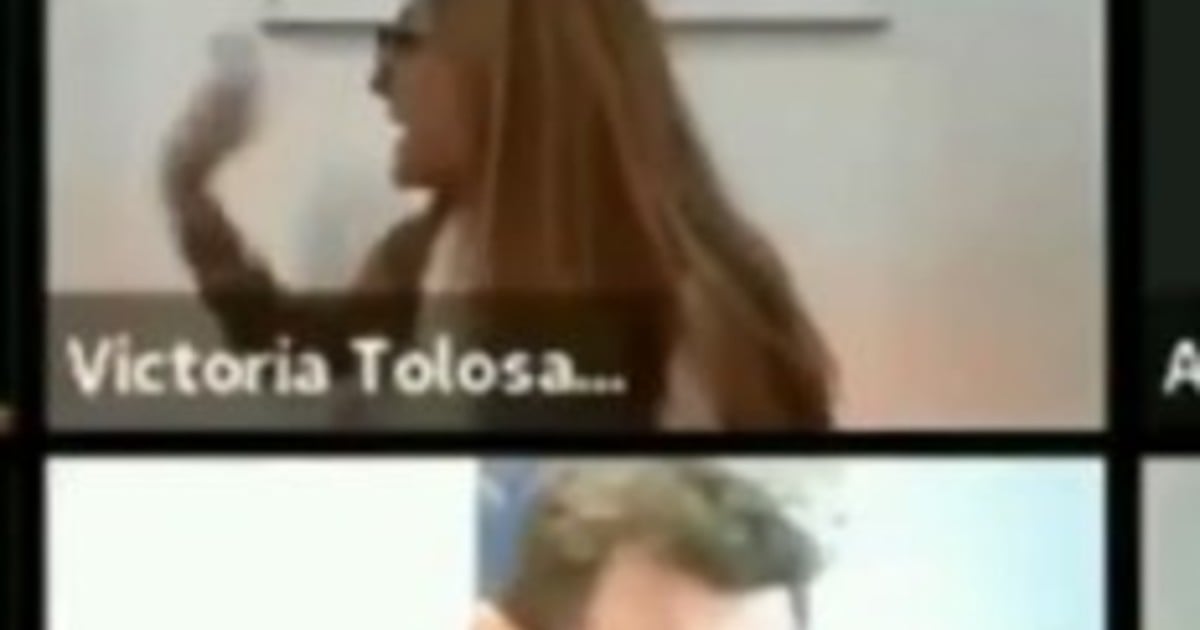 The session of the Deliberative Council of La Plata experienced a scandal due to the reaction that the mayor of the Frente de Todos had Victoria Tolosa Paz, who argued with a collaborator fiercely and everything was captured by the camera of his computer that he forgot to turn off.

The images went viral very quickly on social networks. It is that the scene shows the also president of the National Council for the Coordination of Social Policies -in charge of the remembered Table Against Hunger- totally disengaged, screaming, while gesturing while taking off his glasses to show his anger.

The episode that was recorded in the middle of the session of the Deliberative Council of La Plata, generated the talk among those present to the point that many of his peers and the councilors of the Together for Change bloc they did not understand what was happening.

Seeing that the situation did not end – while some of the councilors they laughed at what was happening– He was the president of the Frente de Todos bloc, Christian vander, who should have intervened and turn off the webcam from Tolosa Paz to avoid further exposure.

Tolosa Paz, partner of Enrique “Pepe” Albistur, former Media Secretary of Néstor Kirchner and the friend of the President who lent his apartment so that Alberto Fernández resided in Puerto Madero, sounds like a possible candidate for a deputy of the ruling party in the legislatures.

On the night of this Wednesday, Tolosa Paz was the protagonist of another discussion, this time, planned: a debate in the TN studios.

But there she was consulted for the controversy. He assured that the incident in which Zoom starred in the virtual session “was not like that” as it went viral.

“Unfortunately, in the Cambiemos de La Plata team, which is led by Mayor Julio Garro, they constantly try to find that this councilor has some kind of political operations,” said the official, trying to evade the issue.

But on the show Two Voices They were interested in delving into what happened and Tolosa Paz expanded his version. “I am arguing and I prefer to leave it in reserve. It is a discussion that it has nothing to do with the session. I get up and leave because the camera is on, “he added.

“Someone who comes to interrupt me “finally conceded. Then they asked her about her temperament and she replied: “I have a very strong character for the defense of workers “.

It is not the first time that the member of Kirchnerism stars in a scandal when her character betrays her. During 2018 and also during another legislative meeting -although this time in person- in La Plata he had a shouting match with his peer, the radical Javier Mor Roig.

Everything was generated from the criticisms of the mayor of the then Front for Victory for an ordinance project that, according to her, benefited real estate developers in that city.

At one point in the discussion, Mor Roig started screaming. “You say bullshit all day. I get nervous because my balls sing. You are not the owner of the truth, “attacked the mayor.

While Tolosa Paz, also in a high tone, accused Mor Roig of getting nervous, the former provincial senator for the Civic Coalition continued with his attacks: “It breaks my balls that you think you are the owner of the truth. You have me balls full (sic) ”, he is heard saying before the passivity of the rest of those present.

After the meeting, several Buenos Aires legislators expressed solidarity with Tolosa Paz through social networks. The councilor herself affirmed that she was “cowardly attacked” by her colleague.