The French vote in the regional re-election round 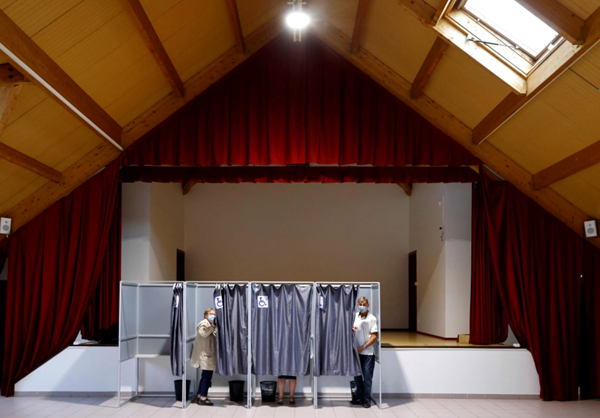 French voters returned to the polls on Sunday, the second weekend in a row that…
It sees voting in regional elections, where they vote to resolve a series of run-offs in districts in which the first round did not identify clear winners.
Voter turnout in the first round on June 20 was historically low, at just 33.3 percent, prompting politicians to appeal to voters to go to the polls this time.
The regional elections are also seen as a test of sentiment towards the presidential elections, which will take place in 10 months. The current president, Emmanuel Macron, and right-wing populists are competing in the presidential elections
Marine Le Pen. Both camps suffered a heavy defeat in the first round of the local elections.
The elections determine, among other things, the composition of the regional councils.