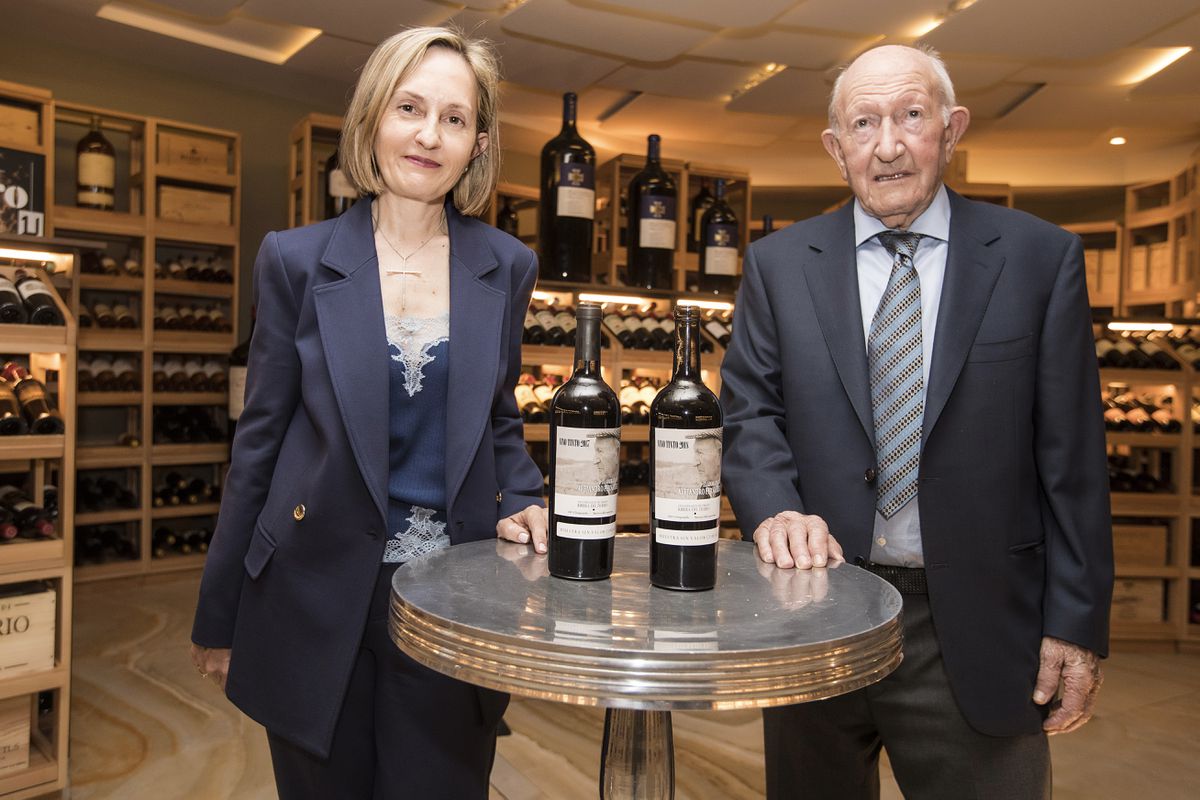 The expected was confirmed: the will of Alejandro Fernández, founder of Bodegas Pesquera, who died last May, totally excludes from his inheritance the three daughters with whom he had been in conflict since they removed him from all the governing bodies of the companies that he had created. An end that, according to Fernández himself in an interview he granted to EL PAÍS in April 2019, his daughters had been gestating for some time and that forced him to go to court to claim what he considered his. A family confrontation that some media have dubbed the Falcon Crest from Castilla y León, in reference to the famous television series of the eighties that portrayed the intrigues of a rich family of winemakers from California.

The businessman who revolutionized the wines of Ribera del Duero testified that none of the three daughters who participated in this operation, Olga, Mari Cruz and Lucía, could obtain any of the 49.72% they owned from the wine-growing company that began to create in the year 1975 and that in November 2020 the family itself valued at 150 million euros. And it even deprives them of the third of legitimate, that part of the inheritances (legitimate, improvement and free disposal) in which all forced heirs enter obligatorily except for reasons of disinheritance. Fernández has left Eva as the sole and universal heir – the youngest of the four daughters he had with Esperanza Rivera, from whom he separated in 2018 after several decades of marriage – who has been the only one to stand on her father’s side. since the beginning of the conflict.

The will also establishes that the granddaughters of the winemaker who belong to the three branches of the disinherited daughters are legatee of the strict legitimate that would have corresponded to their parents. Paradoxically, the document that collects the last wishes of Alejandro Fernández was signed before a notary in Valladolid on May 17, 2021, just five days before his death and after his daughter Eva took him to a psychologist to certify that he was well oriented. In it, the executors who appeared in a previous will were also changed and Pilar Sánchez Represa, a lawyer specializing in Family Law and, according to information from the family environment, a childhood friend of Eva Fernández, was appointed to exercise that function.

As estimated by sources familiar with the case, the youngest daughter therefore receives almost 75% of the total inheritance and the remaining 25%, which coincides with what would have been the legitimate of her other three daughters, has gone to the granddaughters who belong to the three branches of the disinherited. Despite everything, the matter is not closed, since the family can still follow different paths. If they accept the will of the father and agree, it is most likely that he will be in line with the one they were about to achieve in November 2020 and in which the part formed by Olga, Mari Cruz and Lucía backed down at the last minute due to tax differences. This is at least the line that Félix Pérez, his legal representative, prefers to follow, as he has told this newspaper.

In that pre-agreement that did not come to fruition, Eva Fernández would have agreed to resign from the most important wineries of the company in exchange for an unspecified amount of money, which also entailed rights to brands and vineyards. When the taxation of the community of Castilla y León changed, the advisers of the three sisters tried to reactivate the pact without getting a response, although people who know the process closely affirm that Alejandro Fernández, whose obsession from the beginning was to recover his part of the wineries and not getting money, he was not consulted about these movements.

If they do not reach an agreement on the company, brands, vineyards and real estate, the distribution would remain in the hands of the designated executor, but even in this case either party may not accept the decision and challenge it. A scenario that legal sources describe as long and cumbersome, with the consequences that all this can have for the brands of its wineries.

The conflict, according to specialists familiar with the matter, originated in 1990, when the winemaker distributed the shares of the Alejandro Fernández Tinto Pesquera society. He keeps 49.72%, his then wife with the same percentage and each of his daughters with 0.28%. When the marriage separates, the sum of the part of his wife and the three daughters who take control adds up to 50.56% of the shares of the company, enough to leave Fernández without the majority. After his death, the three daughters who now run most of the business could benefit in decision-making from the percentages of society that have inherited their own daughters, most of them workers in the wineries created by his Grandpa.

“Making wine was always my dream,” explained this man in April 2019 while playing with his cap while sitting behind a conference table in the office of José María Mohedano, the lawyer he chose to represent his interests. Family conflicts came after years of apparent harmony and business successes. In that meeting with this newspaper, a good-natured man, who was then 86 years old, recounted in disbelief how a part of his family had deprived him of the business on which his life had revolved and expressed that he only wanted to continue making wine, which was what he liked.

Alejandro Fernández died in the early morning of Saturday, May 22 at the age of 88 in the Valdecilla de Santander hospital, where he was transferred after fainting at the restaurant where, the afternoon of the previous day, he presented one of his friends and clients to his wines. That day those attending the event saw him laugh, sing and sign on the labels of his bottles. It was a happy day, although death came to him without having reconciled with his daughters and far from the cellars that had been his life. Sources close to the family predict that the confrontation will continue. Others already see the plot for a new television fiction. But almost no one is betting on a specific side because none of the remaining protagonists are, in the opinion of those who know the ins and outs of the story, neither as good nor as bad as they seem.