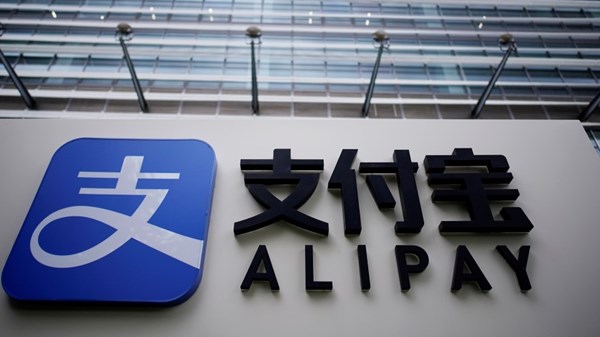 Beijing (AFP) – Shares rose Internet retail giant group Alibaba More than eight percent on Wednesday, after its billionaire founder Jack Ma appeared for the first time since November, ending weeks of speculation about his whereabouts, especially as the Chinese authorities opened an investigation into the company.
Jack Ma, one of Asia’s richest people with an estimated wealth of $ 58 billion, vanished from view following a speech in October criticizing the Chinese financial system.
Shortly thereafter, the initial public offering of his financial group Ant, which reached $ 37 billion at the last minute, was lifted by mainland officials in a shocking move that some viewed as revenge for some frankness.

Business model
At that time, Chinese financial authorities ordered Ant to change its business model and penetrated its lending, insurance, and wealth management services, while Alibaba was also subject to an antitrust investigation.
Jack’s disappearance has led to speculation about his fate.
But a video clip published by Chinese financial media on Wednesday showed him in a recording delivering a speech to country teachers as part of an award ceremony organized by his charity.

Alibaba shares jumped 8.5% to 265 Hong Kong dollars on the Hong Kong Stock Exchange.
In the speech, Ma praised China’s efforts to alleviate poverty, which is a major goal of the country’s communist leadership, and pledged to devote more efforts to helping rural teachers.
“My colleagues and I … are more determined to devote ourselves to education and the public good,” he said in the text of his speech, published by the “Tianmu News” news site.
He continued, “China has entered … a new stage of development, and is heading towards general prosperity.”

An important step
A spokesman for the Jack Ma Foundation, its charitable arm, confirmed that the Chinese billionaire “participated online in the annual celebration of the Rural Teacher Initiative.”
Ant and Alibaba said they will cooperate with regulatory requests.
The former English-language professor officially retired from the Internet retail giant Alibaba Group in 2019.
But he has long drawn attention for his frankness and antics, as he plays a rock star at his company’s conferences.
The continuing pressure on one of the most influential companies in China is a strong indication that the communist leadership is ready to suppress the ambitions of major tech companies in the runaway internet sector.
The influence of technological groups
The authorities are concerned about the influence of the tech groups, especially their interference in the online lending sector, away from the prudential rules imposed on public banks.
Chinese media reported these concerns, warning of the risks of financial turmoil linked to “Alibaba” and its main rival, “Tencent”.
Last month, the People’s Daily, the mouthpiece of the Communist Party of China, wrote that the investigation against “Alibaba” constitutes “an important step for our country to strengthen anti-monopoly oversight in the Internet sector and promote the long-term sound development of the digital economy.”
Beijing has a history of disappearance, investigation, and imprisonment of financial tycoons who do not adhere to the ruling Communist Party’s orientation.
Last year, real estate mogul Ren Qiqiang was sentenced to 18 years in prison for corruption charges, months after he wrote an article critical of the Communist Party.

The VAR pardons a Leganés unleashed in the new Garitano era