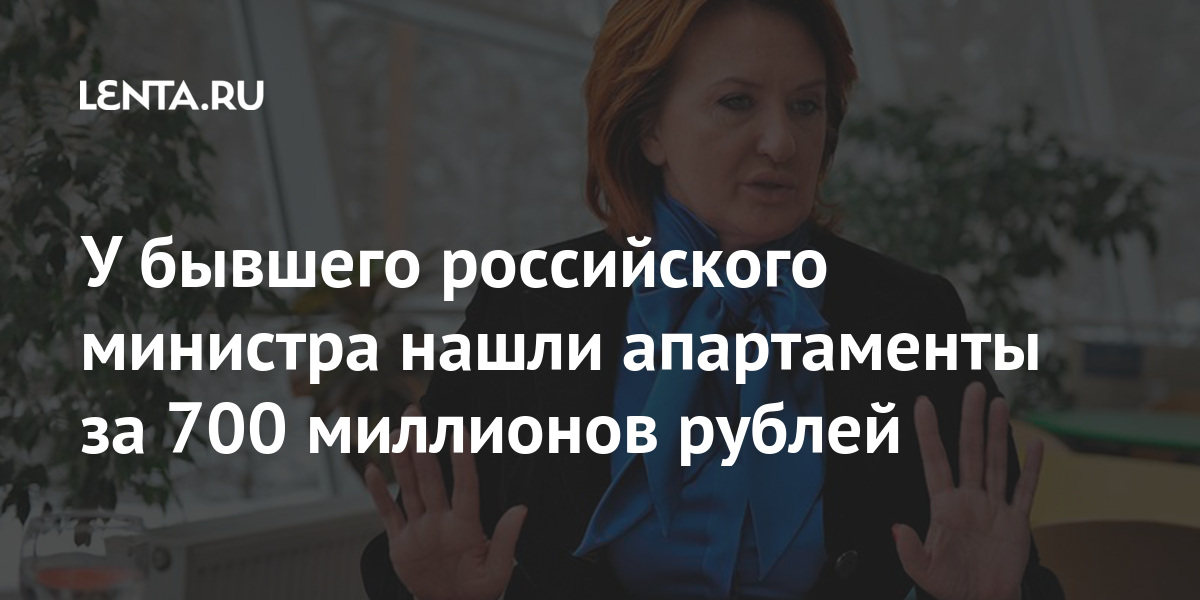 Former Minister of Agriculture of Russia, head of the International Independent Institute of Agrarian Policy Elena Skrynnik purchased an apartment in one of the skyscrapers of the Moscow City business center, Sobesednik.ru reports with reference to an extract from the Unified State Register of Real Estate (USRN).

According to the newspaper, Skrynnik bought premises with a total area of ​​almost 2 thousand square meters in the Federation Tower complex. The apartments are located on the 37th floor of the building, their cadastral value is about 307 million rubles.

The former official acquired the premises in 2020. Prior to that, they were owned by Zapadny Bank for three years (declared bankrupt in 2014). “Interlocutor.ru” found information from the Auction House of the Russian Federation (RAD), from which it follows that the apartments were put up for auction at an initial price of 687 million rubles. Skrynnik bought them for almost 700 million. Except for her, no one participated in the auction.

Earlier in April, the richest official in Russia was named – this is the head of the Ministry of Industry and Trade of Russia, Denis Manturov. His income at the end of 2020 amounted to 740.4 million rubles. This is a third of the total income of all members of the Cabinet. The spouse of the official also increased her earnings – she declared 13.6 million rubles against 9.1 million a year earlier. Their total income increased to 754 million rubles from 595.2 million rubles in 2019.

HS Helsinki The confident Simeon cat became a saving angel: A pet donates blood in Helsinki to save sick cats