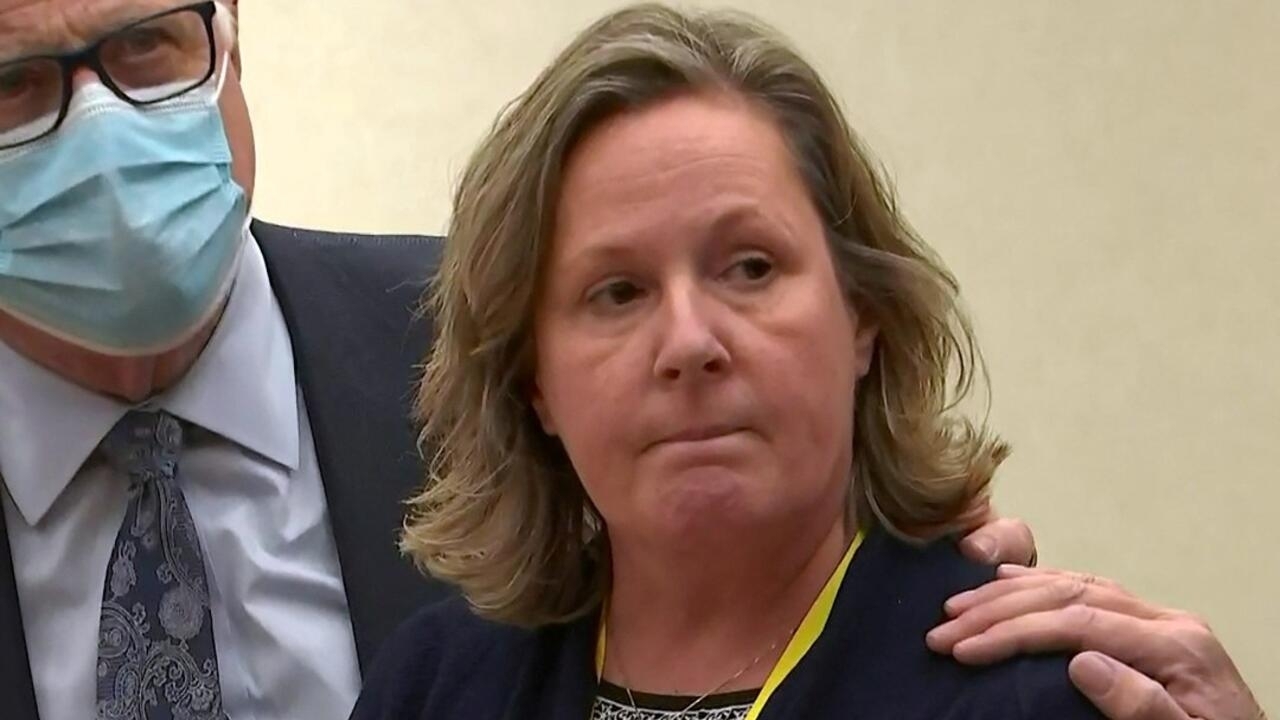 Kimberly Potter, 49, had been found guilty of manslaughter at her December trial. The death of the young African American shocked the United States, it occurred during the trial against policeman Derek Chauvin for the death of George Floyd.

Former police officer Kimberly Potter was sentenced on Friday, February 18, to two years in prison for killing the young motorist Daunte Wright, in April 2021. Kimberly Potter alleged that she had confused her firearm with her stun gun.

The incident occurred during a routine traffic stop in suburban Minneapolis. As Kimberly Potter and other officers tried to take Wright into custody on an outstanding weapons warrant, the 20-year-old African-American resisted arrest. The former police officer fired a single shot into his chest, fatally wounding him.

Kimberly Potter “made a tragic mistake” by making “a lawful stop,” Judge Regina Chu explained, to justify the lenient sentence. “She never intended to harm anyone,” added the judge. The former police officer will be released from prison after 16 months and will serve the remainder of her sentence on probation.

The family had asked for “the harshest possible sentence”

Prosecutor Matt Frank asked for a sentence of more than seven years in prison for the former police officer with a 26-year career.

“I’ve been tricked, it hurts and I’m very angry,” added his father, Arbuey Wright, saying the former police officer had received “just a slap on the wrist.” Family attorney Ben Crump, who had also represented Floyd’s relatives, denounced what he called “black and white justice.” “We tried to encourage (the family) to believe that there was fair justice in the United States, but with sentences like this it is difficult to convince them,” he said.

“It was an accident, a mistake”

Kimberly Potter’s lawyer, Paul Engh, advocated a suspension of the sentence in view of his exemplary record of service, his regret expressed at trial and his conviction that “he was not a risk to society”. “It was an accident, a mistake,” he said, asserting that Daunte Wright had acted “aggressively” in arresting her while under warrant.

“I am very sorry to have hurt you so much,” Potter repeated at the sight of the young driver’s family, hoping that “one day they can find a way” to forgive her, “because hate destroys us all,” he said.

During her trial in December, the former police officer described a “potentially dangerous” situation, explaining how what should have been a routine traffic search turned into “chaos.” “I remember yelling ‘Taser Taser Taser’. And nothing happened, so they told me I shot him,” Potter said, breaking down in tears.

See also  Reactions to asylum policy: 'This country simply does not have the capacity'

The Brooklyn Center shooting sparked several nights of protests. It happened just a few miles north of where Derek Chauvin, a former Minneapolis police officer, was on trial for killing George Floyd, a black man whose 2020 death during an arrest sparked national and international protests against systemic racism.