The formation of the first Emirati team in the “Dressage” 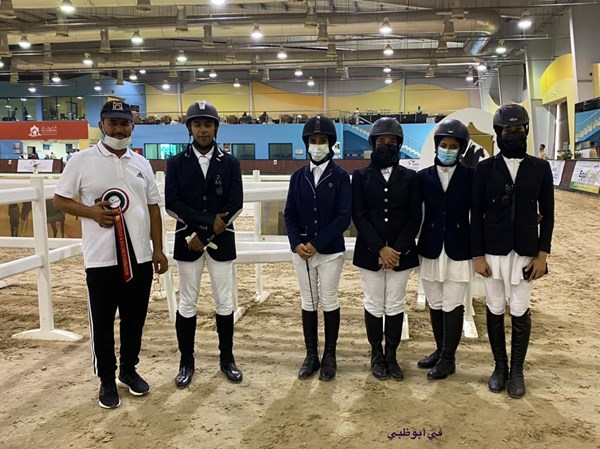 Abdullah Al-Halifi, founder of the Al-Halifi Equestrian Club in Ras Al-Khaimah, revealed the establishment of the first Emirati team in dressage, and its recent entry into four national competitions organized by the Equestrian and Racing Federation, two in Dubai and one in Ras Al-Khaimah, and one in Abu Dhabi, which represents an unprecedented achievement. To increase the number of male and female citizens practicing this sport in equestrian sport.
Al-Halifi explained that the Emirati team consisting of seven knights and riders, including two citizens, and five female citizens of different ages, were able, after continuous training in the club, to get acquainted with the dressage and its most important basics, and to enter national competitions with experienced riders and riders in cooperation with the Equestrian and Racing Federation.
He pointed out that “dressage of horses” or “dressage” requires practice, through which you can control horses in two fields of certain dimensions, globally defined, one of them with an area of ​​20 x 40 square meters and the second with an area of ​​60 x 20 square meters, and the tests are graduated in the national competitions for the “dressage” and start with the field. The smallest area, and then the larger field, and the movements performed by the horse under the guidance of the rider vary between basic in walking, trotting and running, among other advanced movements that are more professional in guiding and moving the horse, and it needs accuracy, balance and harmony between the knight and the horse.
He added that “dressage” is one of the finest sports in horse riding, and it is the basis of equestrian, for everyone who wants to know the basics of correct riding, and there is a close relationship between the rider and his horse that reaches the stage of harmony and harmony between them.
The Emirati team consists of each of the knights Amna Al Hammadi, Hessa Saif, Shaima Walid, Kalytham Ali, Mahra Ahmed Al Shamsi, and Fursan Abdul Rahman Omar and Muhammad Jassim Al Makki.

Telecommuting: an opportunity for a greener future