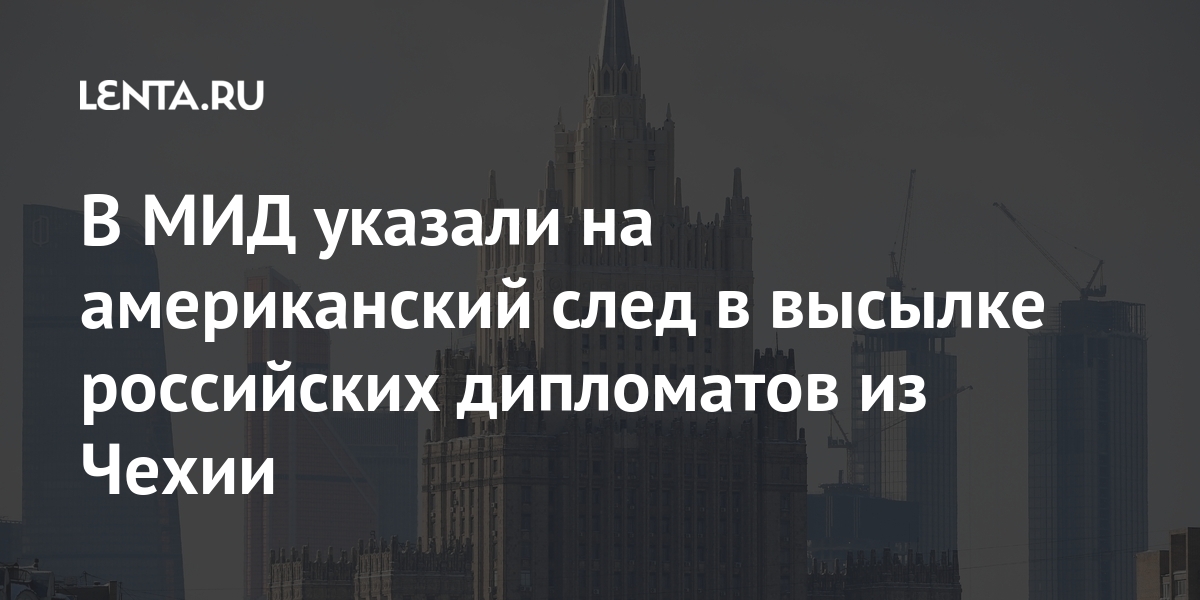 The Russian Foreign Ministry pointed to the American trail in the expulsion of Russian diplomats from the Czech Republic. This is reported on website departments.

“This hostile step is a continuation of a series of anti-Russian actions undertaken by the Czech Republic in recent years. One cannot fail to see the American trail as well. In an effort to please the United States against the background of recent American sanctions against Russia, the Czech authorities have even surpassed their overseas masters in this respect, ”the ministry stressed.

On Wednesday, April 14, US President Joe Biden signed a decree on new sanctions against Russia. Ten diplomatic staff were also expelled from the country.

On Saturday, April 17, the Czech Republic announced the expulsion of 18 Russian diplomats from the country. Embassy officials were suspected of collaborating with the Russian special services, who were allegedly involved in an explosion at an ammunition depot in Vrbetica on October 16, 2014.