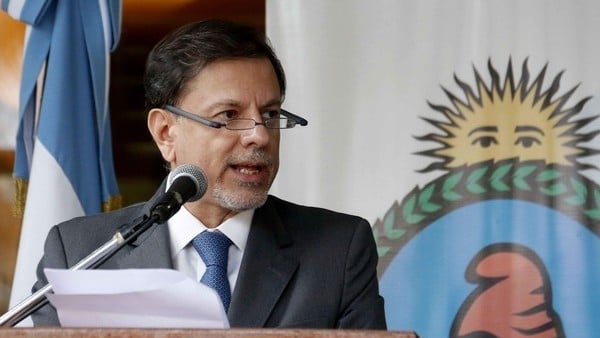 The Foreign Ministry appointed this Thursday the new ambassadors of Argentina in South Africa and Australia, while granting other diplomatic representations to Eduardo Zuain, current ambassador to Russia, and Roberto Carlés, who is in charge of the mission in Italy.

Through the Decree 570/2021, published in the Official Gazette with the signatures of President Alberto Fernández, the Chief of Staff, Santiago Cafiero, and the Minister of Foreign Affairs, Felipe Solá, Zuain was appointed as ambassador to Turkmenistan.

Zuain, current Argentine ambassador to Russia and former Vice Minister of Foreign Affairs during the administration of Cristina Kirchner, made the news again in recent days by asking for the annulment of the case due to the signing of the Memorandum with Iran for the attack on the AMIA.

“All this is null and void,” the diplomat emphasized and said that there was an “obscene partiality” in the case, when speaking before the judges of the Federal Oral Court 8, in the hearing convened in the framework of the case opened by the complaint of the late prosecutor Alberto Nisman.

However, the prosecutor before the Federal Oral Court 8, Marcelo Colombo, on Wednesday opposed the closing of the case by the Memorandum, asked the judges to reject the claims of non-existence of a crime of the defenses and ratified that the case should come to trial.

On the other hand, the portfolio headed by Felipe Solá appointed Roberto Carlés, who currently serves as Argentina’s ambassador to Italy, as a representative to the Republic of Malta.

Carlés, who will turn 40 on September 17, is a political figure close to Vice President Cristina Kirchner and was even chosen for the mission in Italy based on the good relationship he maintains with Pope Francis.

Through Decree 566/2021 the appointment of Carlés as ambassador to the Republic of Malta was made official this Thursday “without prejudice to his current functions as Extraordinary and Plenipotentiary Ambassador of the Republic in the Italian Republic.”

While, Claudio Pérez Paladino, a career diplomat, was appointed to head the South African Embassy, ​​according to Decree 565/2021.

With a degree in Political Science, Pérez Paladino also served as Ambassador to Romania and the Republic of Moldova, between 2009 and 2015. He also served different functions in the Foreign Ministry until this year he became Director of Sub-Saharan Africa in the Ministry of Foreign Affairs.

Finally, Decree 568/2021 ordered the transfer “from the Ministry of Foreign Affairs, International Trade and Worship to the Embassy of the Republic in the Commonwealth of Australia to the Minister Plenipotentiary of the First Class Maximum Eduardo Gowland“.

Gowland was in charge of the Antarctic Foreign Policy Directorate that belongs to the Foreign Ministry.