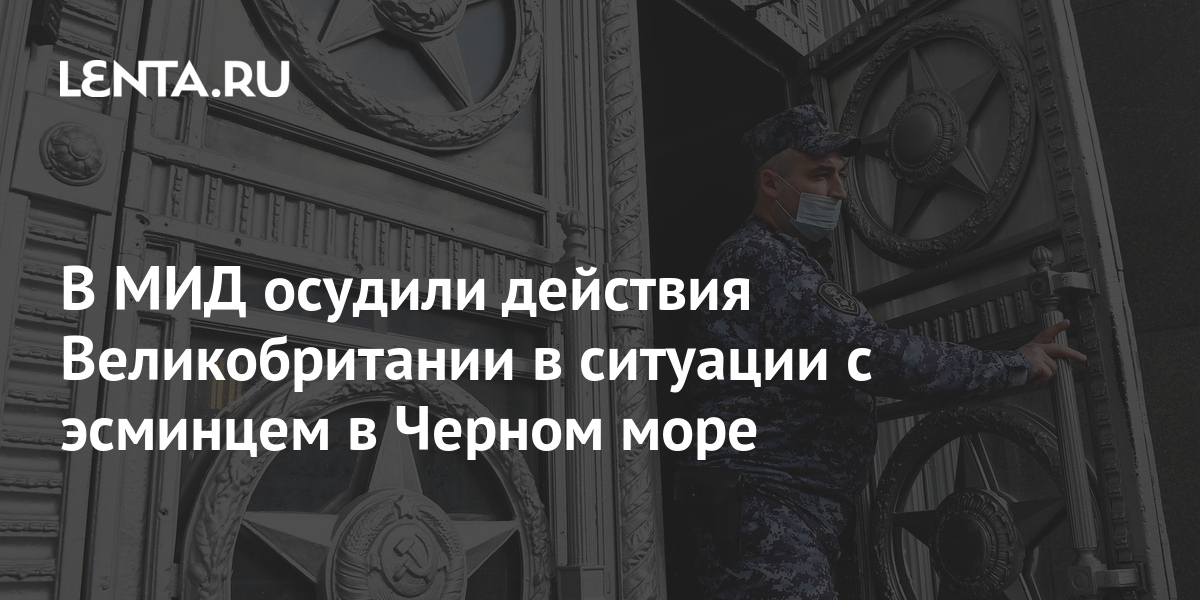 The deputy head of the Russian Ministry of Foreign Affairs, Sergei Ryabkov, said that the department had condemned London’s actions in the situation with the destroyer Defender in the Black Sea. His words convey RIA News…

“If our colleagues do not understand what the borders of Russia are, we can bomb,” the diplomat emphasized. He noted that Moscow is outraged by the position of Great Britain.

Prior to that, Foreign Ministry spokeswoman Maria Zakharova accused the Ministry of Defense and the British Embassy of lying about the circumstances of the incident. “I would like to advise the British partners: next time you want to“ peacefully enter ”, knock,” she stressed.

The British Ministry of Defense said that the destroyer made an innocent passage in the territorial waters of Ukraine in accordance with international law. The ministry also denied information that warning shots were fired by the Russian side.