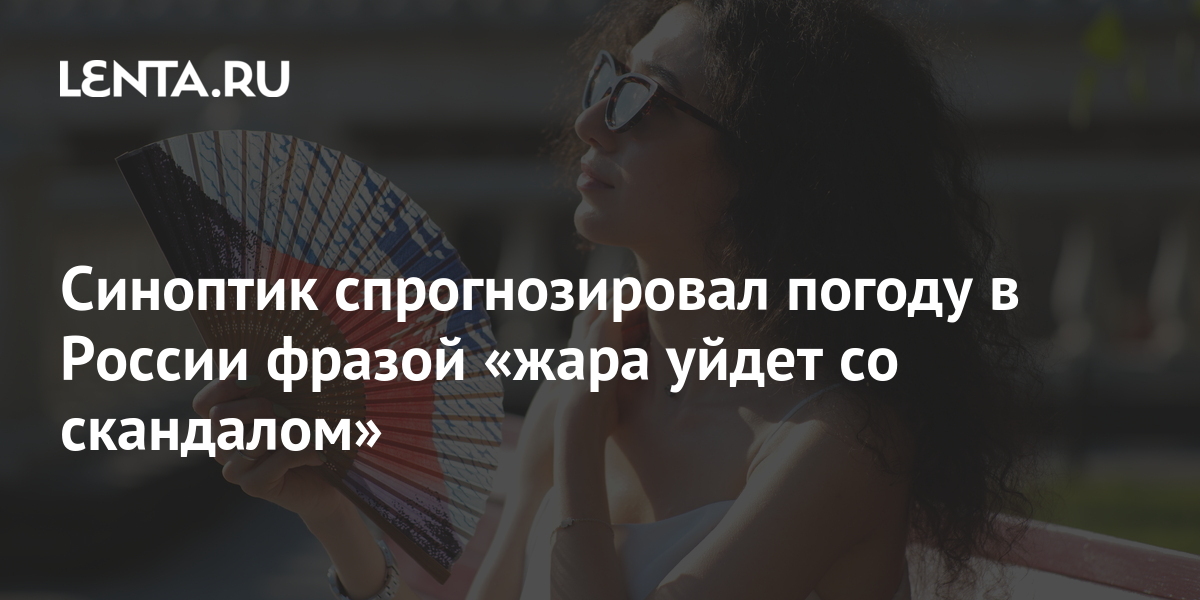 The heat from Russia will “leave with a scandal” – the appearance of tornadoes and hail is not excluded. Such a forecast in a conversation with “Lenta.ru” was given by the forecaster Alexander Shuvalov.

“I guess there is a non-zero probability of one or two tornadoes. Nobody undertakes to say when and where, everyone says that there is a risk. But let’s put tornadoes in second place, in the first place we put hail, thunderstorms and squalling wind intensification. Their likelihood is much higher. I would express my thought in this way: “The heat will go away with a scandal,” he said.

Earlier, Shuvalov said that the heat wave in Russia will end unevenly, and the timing will depend on the regions. According to him, in the middle lane the weather will begin to change on weekends, and in the north-west of the country – on Friday or Saturday.

The forecaster added that from the middle of next week in the Moscow region and the middle lane there will be significant precipitation. He urged to wait another two or three days until the temperature starts to drop.