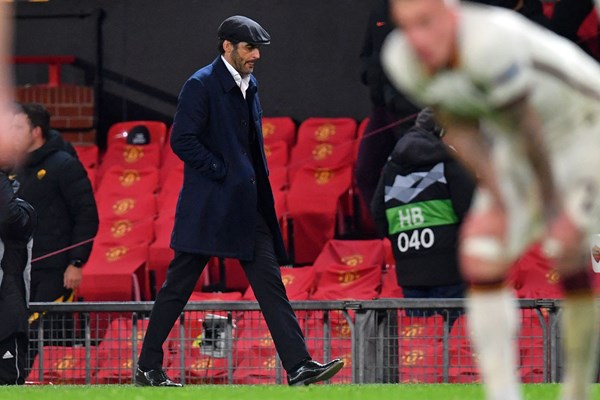 Italian football club Roma announced that its Portuguese coach Paulo Fonseca, who assumed his duties in June 2019, will leave the capital at the end of the current season.

“On behalf of all Roma members, we would like to thank Paulo Fonseca for the hard work and leadership they have shown over the past two years,” the club’s president, American businessman Dan Friedkin, said in a statement.

He added: Paulo has led the club through various challenges, including the Covid-19 pandemic and the change of owners, and he has always done so generously, in a correct and personal way.

The President of Rome concluded by saying: We wish him all the best in his future engagements, and we are convinced that he will represent a wonderful added value wherever he goes.

The coach and his crew will continue to lead Roma until the end of the current season. Fonseca had previously supervised the coaching of Porto and Braga, before moving to Ukraine with Shakhtar Danjitsk, and before joining Rome, he achieved 3 league titles and the same national cups in three seasons.

The statement quoted the coach as saying that during the past two years, we have witnessed ups and downs, but I have always done my best for this club and this city that has made me very welcome.

Fonseca concluded: “We still have some very important matches to win this season, and we will give our maximum as always. Thank you Roma.

Four stages before the end of the Italian football league, Roma are in seventh place, and the second leg of the Champions League semi-final against Manchester United, who won the first leg 6-2, is playing Thursday.

Linda Zervakis leaves Tagesschau and defends herself against spicy speculation about dismissal: “Forget it”

Weather in Germany: Expert explains coldest April in 30 years – and dampens May hopes