The flight of Nilofar Bayat from Kabul to Bilbao 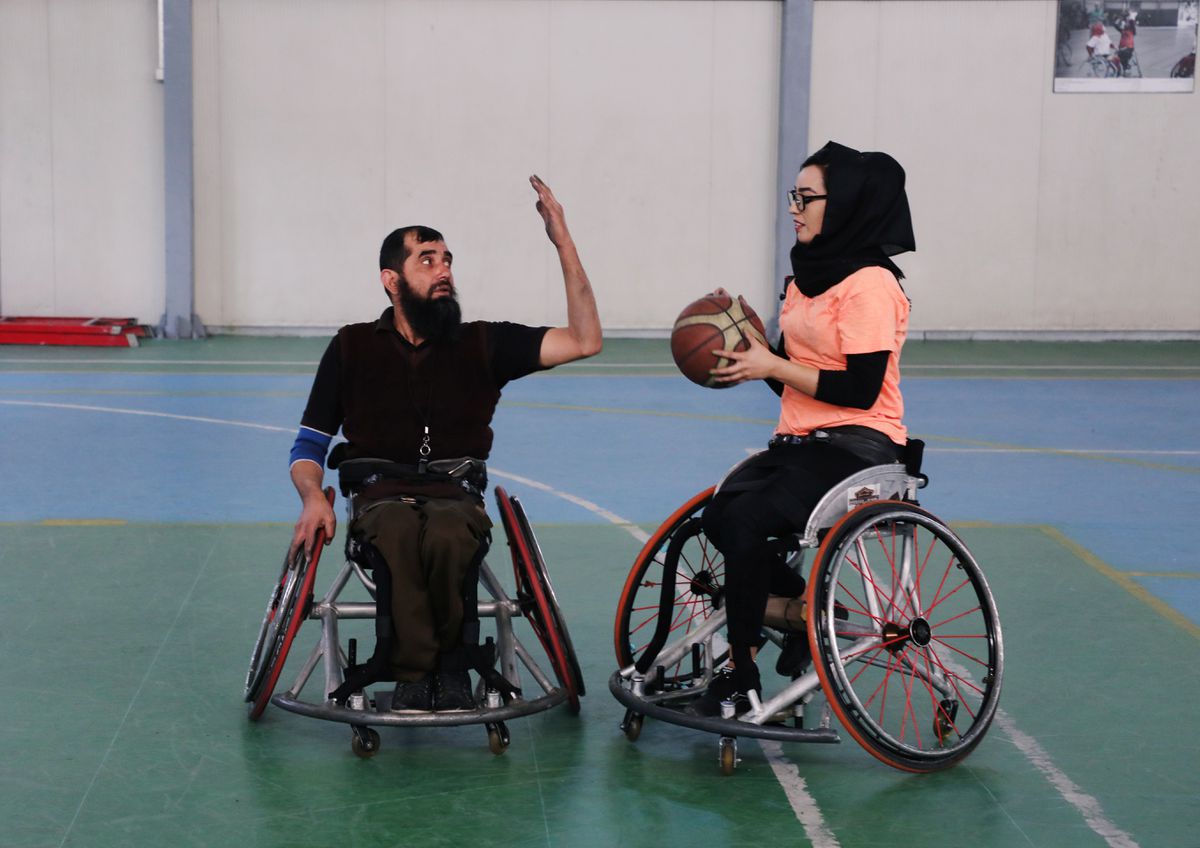 This is a film with a main actress and many supporting actresses to give the story packaging and strength, which, apparently, will have a happy ending, and is vaguely reminiscent of that of White House, on an airport runway. Good and bad, safe conduct, death lurking around. After several days of anxiety in which she feared for her life and that of her husband, Nilofar Bayat, captain of the Afghan wheelchair basketball team, left Kabul at 6.30 this Friday in the second military plane sent by Spain to evacuate Afghan collaborators, as confirmed by the defense and foreign ministries. After a stopover in Dubai, the evacuees will continue their trip to the Torrejón air base (Madrid). The efforts of a handful of people allowed the story to end well and that the athlete now ponders whether to accept the offer that came from Bilbao to play for Bidaideak.

Minutes before boarding for Tokyo, where the Paralympic Games begin next Tuesday, an example of overcoming, solidarity and friendship, Txema Alonso, president of the Bidaideak Bilbao wheelchair basketball, was still hanging on the phone waiting for news. He embarked without having them, but he believed they would arrive soon. In his club they echoed Nilofar’s call for help, asking to leave his country for fear of the Taliban. The Bilbao team reacted quickly and offered him a way out. She is dependent on the wheelchair after a missile hit her home and damaged her spinal cord. He was only two years old. A brother of his was killed in the same bombing.

Sportsman and law student, he assured days ago: “I can’t go out and I know I’m not safe here. The Taliban will kill me. They don’t like women like me. I’m scared because until 20 years ago they ruled Afghanistan, and that’s when they wounded me and I was left in wheelchairs ”. The message was sent by the athlete to her friend, the reporter Antonio Pampliega, who has traveled to Afghanistan several times and has written two books about the country, the last one, The trenches of hope (Peninsula, 2018), and was kidnapped for 299 days by Al Qaeda in Syria. He contacted the Spanish Basketball Federation through the RTVE journalist Paloma del Río. Nilofar worked for the International Committee of the Red Cross, but on Monday, the day after the Taliban entered Kabul, she was sent home. Spanish Paralympic medalist Gema Hassen-Bey also asked for help for Nilofar.

When they learned about the story at Bidaideak Bilbao, they didn’t think about it for a minute. “If you want, we can open our house to you, we offer you a place to make you feel comfortable. A club like ours only makes sense from the values ​​”, assured Txema Alonso. They spoke with Pampliega to communicate his proposal to the player. Meanwhile, in higher instances, Jorge Garbajosa, president of the Spanish Basketball Federation, transferred the information he had to the Higher Sports Council. The ministry gave the go-ahead to include Nilofar Bayat and her husband on the list of people who could get on one of the chartered planes from Spain.

But there were still quite a few steps to climb. Nilofar and her husband, Ramish, who is also disabled by the Afghan civil war, after sending all the data and documents requested from Spain, arrived on Wednesday at the entrance to the Kabul military airport, which was surrounded by Taliban forces. Inside, the US military moved, but they could not approach them with their documentation. Finally, after hours of anxiety, they did, but after going through passport controls, they did not find anyone responsible for the Spanish delegation.

“The last thing I know,” Txema Alonso commented this Thursday, “is that he had arrived at Kabul airport at night, and that there, after not finding any Spanish representative, the German consular delegation had opened a gap for him in one of their planes. They hadn’t left yet, they were waiting for the aircraft to arrive ”.

The athlete sent a message to Antonio Pampliega this Thursday, which the journalist posted in a tweet: “Antonio, I’m going to Germany. If I stay to wait for the plane from Spain they will kick me out of the airport because it doesn’t arrive until tomorrow. And I don’t want to have to go through the same thing today with the Taliban. I’m going. We speak from Frankfurt ”, it said. The Spanish Basketball Federation immediately began the procedures to transfer the couple to Spain once they had arrived in Germany. However, later the situation changed and, although she had to wait several more hours, she was located by the staff of the Spanish Embassy in Kabul, who assisted her until the departure, at 6.30 this Friday, on the second flight chartered by the Government, heading to Spain.

Txema Alonso, the president of the Basque club, is waiting for Nilofar to decide to accept his proposal to live and play in Bilbao: “Something had already appeared in the media about this girl’s situation, and we listened to the message of the International Wheelchair Basketball Federation, so it didn’t take us five minutes to make the decision, ”he says. “If she wants to play basketball, here she has a space for her to feel good about the warmth of people she doesn’t know. It will be your decision whether or not you want to stay with us ”.

“The Taliban cannot be trusted”

Nilofar Bayat contacted Spain two days ago through Cadena SER. The athlete spoke with the Hora 25 program and explained that: “They – the Taliban – ruled Afghanistan. And that’s when they wounded me and I was left in wheelchairs. They are the worst memories of my life. I know, and everyone knows, that women will never be accepted into society. They will not allow it and they will not give us the rights that we have. They don’t let us go to school, work or play sports ”, he sentenced. “Nor do they give us the right to behave as we want, they do not allow women to wear the clothes we want, work or go shopping. Yes, I’m scared … You can’t trust what they say. At any moment they can break their promises ”.

Nilofar, who learned about the offer of the Bilbao wheelchair team through Antonio Pampliega, reflected, in the radio interview, about what his life had been and what it could transform into if he continued in Afghanistan: “Until now, I was doing sports, I went to the office … I had many plans for my future and my life and I worked hard to make them come true. There was basketball … I always thought about it to improve. He had a very busy and safe life. I had many things to be proud of, to live for and to be happy with. And now I am worried about all the achievements that I am going to lose ”. Perhaps, with the help of the Bidaideak Bilbao, it is not like that.