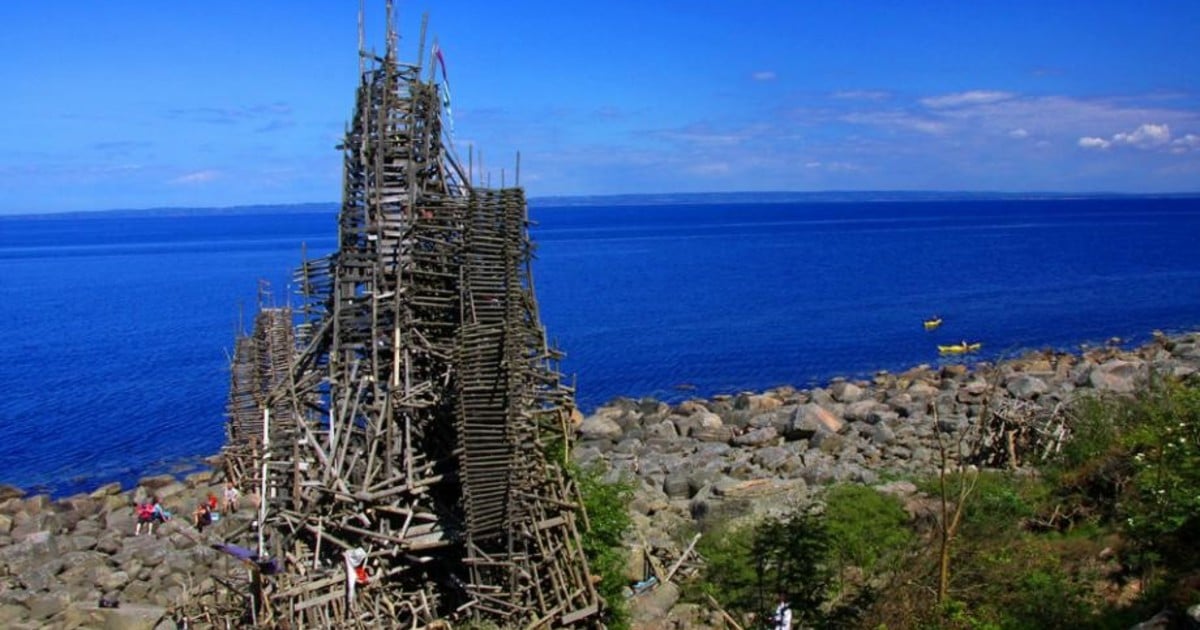 They do not have legal recognition from other countries and, many times, not even a territory. The micronations they are strange physical or virtual entities that usually have few inhabitants. Of course, some even emit passports and they grant citizenship.

The term “micronation” emerged in the ’70s to name all those spaces that a small group of people designed as a sovereign state, with its own rules and governments.

Created by committed acts of rebellion or extremely bizarre motives, micronations have their patriotic symbols: flag, anthem, seals, titles of nobility in some cases and, it could not be missing, own currency.

Currently, there are about 100 micronations around the planet.

The smallest is Sealand, a principality located just 9 kilometers off the coast of Great Britain.

Of the most varied, there is something for all tastes, ages and situations. From the small room of a house in the United States to unknown territories in untamed geographies of Asia.

Tired of your countries? Everyone is free to create a micronation and become your own king, emperor or president.

Or simply abide by the (sometimes exotic) rules of a tiny, distant micronation and nationalize. Here are some options.

Commonly known as Westarctica, was created by the former US military Travis McHenry, it is a constitutional monarchy and the official language is English.

Back then, its founder was just looking for a place “out of a simple desire to get away from everyone else”. Thus appeared the ideal place: cold, distant and lonely Antarctica.

In fact, micronation is located in a particular area of ​​the white continent called Land Marie Byrd, an unclaimed area adjacent to the Chilean Antarctic Territory and the Ross Dependency.

In 2001, McHenry claimed possession from the United Nations, created the Grand Duchy of Westarctica and self-appointed Grand Duke Travis.

Since then, its main objective is to promote the conservation of Antarctica, respect for the environment and the fight against climate change, says its creator.

In this sense, in 2014 the micronation was registered as a non-profit organization dedicated to protecting the life of this ecosystem.

According to the site Bussiness Insider, Westartica is an expanse of ice that for the moment its leader rules in the distance, since Grand Duke Travis does not have enough money to get there.

However, even at a distance, it is very busy. As he told the magazine Traveler spends “between 10 and 20 hours a day answering messages and “sending chivalric titles and noble titles. “

Who visit Sutton, a district in the southeast of London, they will only have to take a walk around the neighborhood of Wrythe, in Carshalton, to enter the dominions of this empire. Small, but empire at last.

The flag – known as the Star Austenasia– flames on the roof of the residence of Terry Austen and his son Jonathan, who on September 20, 2008 presented at the British Parliament a declaration of independence of your home.

With Terry as Emperor and Jonathan as Prime Minister (current Emperor after Terry’s abdication), the initial 100 square meters of territory (the size of his house) gradually increased by adding land in places as dissimilar as Algeria, Argentina, Slovakia, the United States, France, Greece and Turkey, among others.

Currently Austenasia has 85 citizens. Those interested in becoming your new Honorary Citizens just need to complete this form.

The Republic of Molossia rests on the lands that its President, Kevin baugh, bought in Reno, Nevada, United States, in 1998.

However, its origins date back to 1977, when it came to a nomadic territory known as Great Republic of Vuldstein, describes Business Insider.

The border between the Republic of Molossia and the United States. Photo: Kevin Baugh

“The Republic of Molossia is a sovereign and independent nation, located and completely surrounded by the territory of the United States. With a total area of ​​4.5 hectares, Molossia is one of the smallest nations in the world, but what it lacks in size it makes up for it in spirit “, they count in their Web page.

There they also clarify that micronation has its own Navy, Naval Academy, space program, railway, postal service, tourist attractions, measurement system, cinema and radio station online and even your own time zone.

In addition, it has a Bank in which they hoard their own currency: Value. They are poker chips whose value is tied to Pillsbury cookie dough.

Its current population? 34 inhabitants: 30 humans and 4 dogs. For now, no new citizens are allowed but everyone who wants to visit is welcome.

In just seven square kilometers located between Serbia and Croatia – an area known as Gornja Sliga- Vit Jedlička founded on April 13, 2015 the sovereign state of Liberland..

Located on the west bank of the Danube, the area was not claimed by any state. In reality, what happens is that after the dissolution of the former Yugoslavia, sectors were still in dispute to be officially “distributed”.

An aerial view of Liberland, which is located in the sector of land enclosed between rivers. The largest is the Danube.

Jedlicka is currently the President of the Republic of Liberland whose motto is “Live and let live”. The goal of the leader is to create a state in which there is a minimal government intervention on its citizens.

Like many other micronations, Liberland has its own money, Merits, but also allows the use of Bitcoins and other cryptocurrencies. Taxes are paid voluntarily.

Difficult to access, in addition to being bordering, the area is heavily wooded, so no one lives there at the moment. However, this did not stop many, many people from all over the world from applying for citizenship.

The history of Ladonia begins in 1980, when the artist Lars Vilks built a sculpture called Nimis in the Kullagsberg nature reserve, a protected area in Sweden.

Despite being denounced by the authorities, Vils continued to expand the work and added multiple wooden towers connected by a huge maze, which produced new confrontations with the authorities.

For this reason, in June 1996, the artist proclaimed in that territory the independent nation of Ladonia, a republican monarchy whose throne is currently held by Queen Carolyn I.

But in addition, there is a Prime Minister who coordinates ministries as unusual as All Winds, All Virtual Things That Don’t Exist, Coincidences and Destiny or … Beer!

The wooden towers of the Independent Nation of Ladonia. Photo: Web

While there is the idiom Ladonian, it only has two words: “waaaall” and “ÿp”; and the money they handle –Örtug– has a value equivalent to the Euro.

It is possible to request the citizenship by Ladonia without any cost and be part of a community that already has about 23,000 inhabitants.