The fisherman returned from the sea and found a sperm whale vomiting for 1.7 million rubles 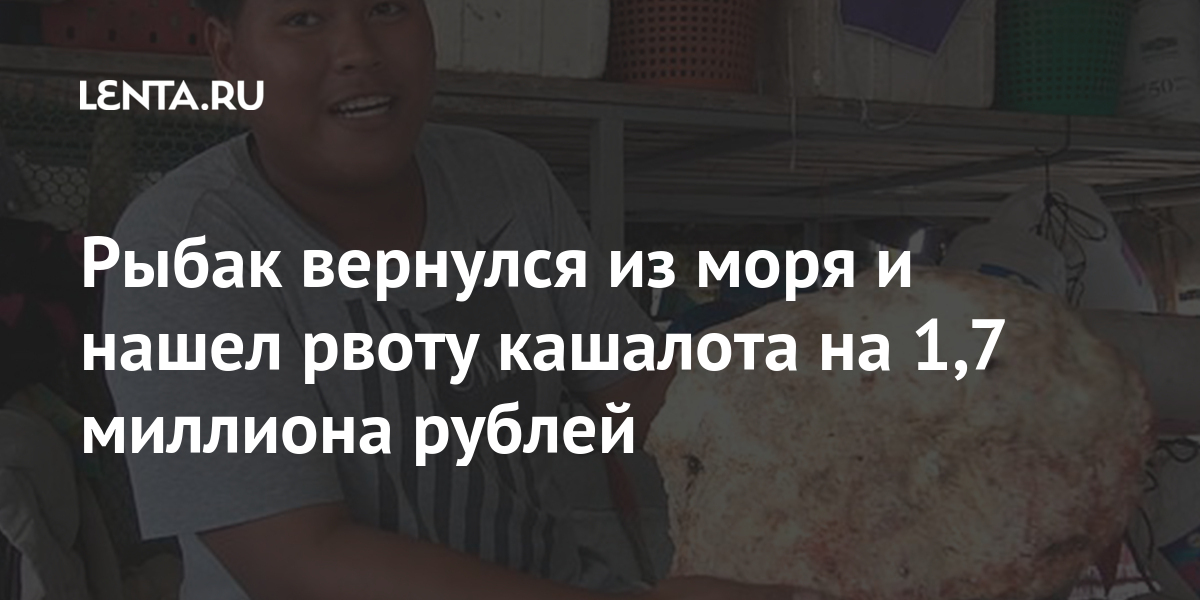 A fisherman from the Thai province of Songkhla found a piece of frozen sperm whale vomit on the beach, an extremely valuable substance. According to the Daily Mail, he plans to bail out at least 700,000 Thai baht (1.7 million rubles) for it.

20-year-old Chalermchai Mahapan stumbled upon a seven-kilogram white block shortly after mooring his boat on the beach on January 6. He was fishing for mullet that day, but the weather changed and he had to return from the sea early.

At first, the fisherman thought that he had found an ordinary stone, but he looked closely and decided to take the find home. “I had no idea what this thing was until I asked the elderly villagers who told me about the amber,” he admitted. Mahapan broke a piece from the block and set it on fire. It began to melt and emit a characteristic odor. The fisherman sent the ambergris sample to the laboratory, where it was confirmed as authentic.

Now Mahapan is waiting for a buyer who will pay him at least 700 thousand Thai baht. He is in no hurry to sell the find cheaper and hopes that the agent will find a client for him from abroad, and then he will receive even more money.

Ambergris is a waxy substance that is secreted in the intestines of sperm whales. It is often referred to as “sperm whale vomit” or “floating gold”. It is commonly used as a fixative in perfume production and can be very expensive depending on its age. The cost of ambergris on the international market is about 40 thousand dollars (3.8 million rubles) per kilogram.

Earlier, during a romantic walk along the beach in Thailand, the couple found a 15-kg piece of frozen sperm whale vomit. This amount of ambergris can cost about 600 thousand dollars (44 million rubles).

Pope Francis made a surprise visit to a Holocaust survivor

People over 80 who cannot move around will be vaccinated at home: where to sign up