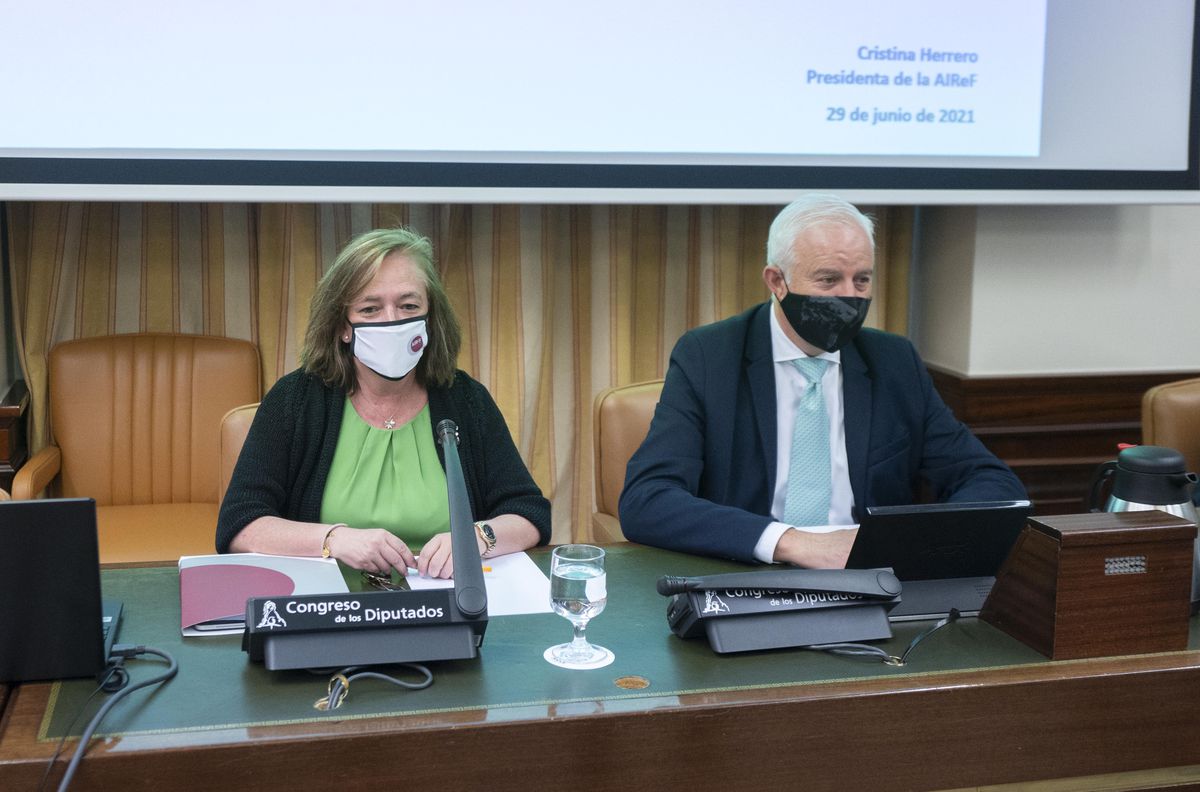 The Independent Authority for Fiscal Responsibility (Airef) has once again reproached the Government for the lack of implementation of the Stability Plan. Its president, Cristina Herrero, has insisted on the need to design a medium-term fiscal strategy to underpin the sustainability of public accounts, and has regretted the scant details of the impact that the Recovery Plan will have on the macroeconomic scenario. “The Government has already responded to the recommendations we made,” Herrero said this Tuesday. “The answer has been that the debt and the deficit are already on a downward trajectory thanks to the cyclical component. But the fiscal strategy also requires some kind of structural measure ”.

This was stated during an appearance at the Congressional Finance Committee, convened at the request of the PP, to report on the assessment of the update of the 2021-2024 Stability Plan that the Government has sent to Brussels. The forecasts contained in this document, which details the economic scenario foreseen for future years and which Herrero has defined as the “main” medium-term planning tool, had already been endorsed by the agency in April. But with more than one criticism: it does not include the impact of pending structural reforms, such as labor, tax and pensions, or medium-term fiscal planning, among other elements.

Herrero has insisted that the suspension of fiscal rules decreed after the outbreak of the pandemic, with the freezing of the Stability and Growth Pact, and the unknowns about its new design, does not justify dispensing with medium-term planning. “In 2023 we will return to a fiscal framework, whatever it may be, and to fiscal rules. In spring the European Commission will decide, but it seems that debt will be the main convergence variable (…) and what happened in 2022 will be relevant ”, he stated. “When the fiscal rules are suspended, it is necessary to say how to return to stability. The update of the stability program was a good time to do this exercise ”, he added.

The public deficit closed 2020 at 11% of GDP, compared to 2.9% the previous year. The Government foresees that this year it will fall to 8.4% (7.8%, according to Airef) and that in 2024 it will stand at 3.2% (3.5% for the Tax Authority). Debt, which has broken the 120% of GDP barrier, will remain above 112% at the end of the period analyzed. Herrero stressed this Tuesday that this increase is not exclusive to Spain, but that its position was already delicate before the arrival of the pandemic and will put it in a more vulnerable situation.

Spain started with a debt of 95% of GDP at the end of 2019, despite sustained economic growth in recent years, and Airef warns that if the structural deficit remains at levels similar to that expected for 2024 – between 3.5 % and 4.5% of GDP, the debt would stabilize at levels above 100%. “In the medium and long term, the aging of the population and a possible tightening of financing conditions are seen as the main risks.” Specifically, the agency estimates that an increase in interest rates by 100 basis points could raise interest spending by an additional 15,000 million in 2024, not counting the increasingly important weight of pension spending.

Herrero has also repeated another of the recurring recommendations of the Airef: to prevent the expenditure related to the pandemic from becoming structural, without having assigned the corresponding financing. In the case of the autonomous communities, which have been in the forefront of the fight against the pandemic, he has indicated that about 40% of the disbursements associated with the covid will become structural. A circumstance that will make it difficult to balance the accounts of the autonomous governments, which will also face a significant reduction in resources in 2022 and 2023: on the one hand, there are no extraordinary transfers from the State, unlike this year and the previous one, and another will come the negative settlements of the autonomous financing system.

He also pointed out that although European funds have a neutral effect on the deficit from an accounting point of view, this does not imply that the Recovery Plan has a neutral impact. “We foresee that some projects may become structural spending that may remain beyond the term of the plan,” he detailed, although he added that efficiency savings can also be generated that can lead to a reduction in structural spending in the medium and long term.

“What we want to put on the table is that structural reforms require structural financing, therefore any measure that may lead to an increase in structural spending will require an increase in income or a reduction in other spending items,” he concluded. Herrero recalled that on July 15 the agency will publish a new report, in which it does not plan to substantially modify its growth forecasts, of 6.6% for 2021, although it has advanced that there may be changes in the deficit estimates.