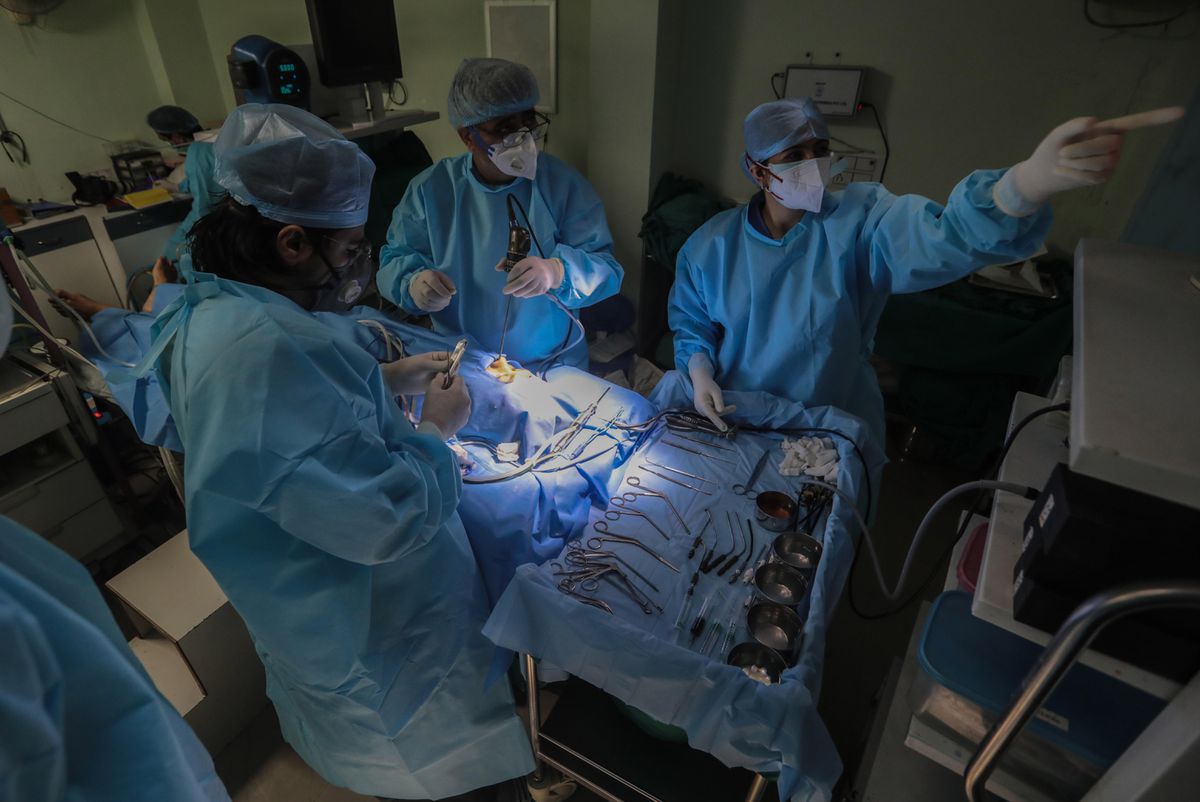 Gregorio Avendaño Jiménez, the first suspected black fungus patient in Mexico, died this Monday due to complications from the disease, according to his relatives. The 34-year-old man underwent emergency surgery in recent days to prevent the spread of the disease known as rhinocerebral mucormycosis, however, he died at the La Raza National Medical Center in Mexico City. The victim’s family has announced that it will sue the General Hospital of Zone 71 of the IMSS, in the municipality of Chalco, State of Mexico, for negligence. According to the relatives, the doctors at this medical center took many days to authorize the transfer of the patient to the hospital in the country’s capital.

What started with headaches and a small mole-like spot on the left eye turned into agony for the Avendaño Jímenez family. The first alarm signals began on May 26, their relatives announced to the local media. Far from improving the man’s facial paralysis, he was on the rise, so he was admitted on May 29 at clinic 71 in Chalco, in the State of Mexico. “He entered at the end of May [al hospital] due to anorexia and paralysis, and later, on Monday morning we spent with the ENT doctor who was the one who performed a nasal endoscopy and gave us the clinical diagnosis of black fungus, “said his younger brother, Ángel Avendaño, to local media. The victim, his brother said, had a few weeks after having overcome the covid-19 virus.

After four days in the municipal hospital, Avendaño Jiménez was transferred to the La Raza National Medical Center in Mexico City. In this IMSS hospital, he underwent surgery for more than three hours to remove the affected eye and the dead tissue from his nose and mouth. Despite the surgery, the patient continued to be reported as serious.

During the days that the patient was admitted, the IMSS avoided confirming the diagnosis of black fungus. “There is no diagnosis that indicates that the infection presented by the patient is related to conditions reported in other countries or that it is highly contagious,” the Institute declared in writing. In parallel, the Undersecretary of Health of Mexico, Hugo López-Gatell, minimized the suspicion of black fungus in the country: “It should not give the impression that it is a new epidemic wave that is going to hit the world.” “It is not a new situation that we should fear, that spreads like covid-19. The correct use of medications ensures that these conditions do not occur, “he said in one of his daily evening lectures.

Before the detection of the first case in the North American country, this strange disease had caused havoc in India, where almost 9,000 cases have been reported in recent months, according to the BBC. At least 19 Indian regions have elevated it to epidemic status. The profile that is repeated most often is that of patients already recovered from covid-19. Mucormycosis is an opportunistic fungal infection that requires a depressed immune system and therefore prevails in countries where the pandemic has hit the hardest, such as India.

The infection, which has a 54% mortality rate, is caused by a group of fungi present in the soil and in decomposing organic matter, according to the Center for Disease Control and Prevention (CDC, for its acronym in English). ) from the United States. These fungi are not harmful to most people, but they can be deadly for those with weakened immune systems, such as diabetics or cancer patients. The black fungus manifests itself in the form of ulcers and blisters and can blacken the affected area. Symptoms, in addition to facial paralysis and headaches, also include nausea, coughing, and shortness of breath.