The first shipment of 200,000 doses of the Russian Sputnik V vaccine arrived in Mexico 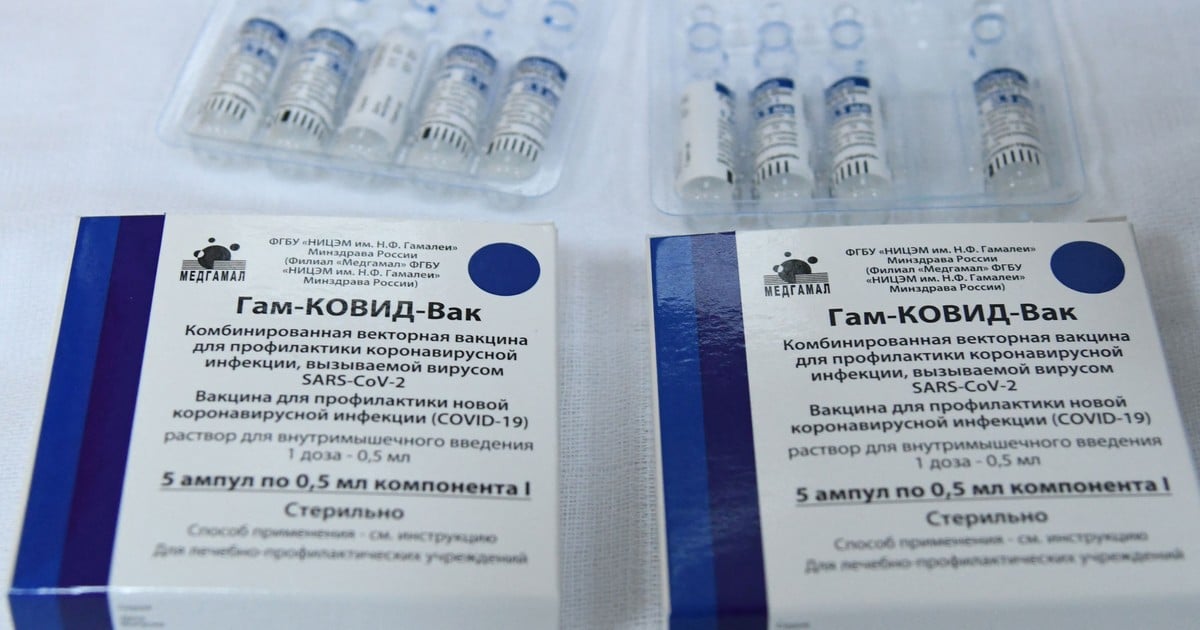 Mexico received the first 200,000 doses of the Russian vaccine on Monday night Sputnik V against the coronavirus, with which the authorities plan to continue immunizing the population over 60 years of age.

“The contract has already been signed, as you know, the advances have been made, all the procedures have already been made and today the first 200,000 doses are received,” said Mexican Foreign Minister Marcelo Ebrard upon receiving the shipment of vaccines at the Mexico City airport. .

“Other deliveries will come later, but with what we are going to give testimony today, Mexico already has this vaccine that will begin to be applied on Wednesday,” he explained.

“British Airways flight landed from Moscow, via London, with the 200,000 Sputnik V vaccines. First shipment derived from the recent conversation between presidents (Andrés Manuel) López Obrador and (Vladimir) Putin. Our gratitude,” he had written shortly before Chancellor Ebrard on his Twitter account.

The government of Andrés Manuel López Obrador signed a contract for 24 million doses of the Sputnik V vaccine, which will arrive in the coming months. Photo: EFE

The Russian ambassador to Mexico, Viktor Koronelli, said that “the first batch of Sputnik V has finally landed on Mexican soil, I am very grateful to receive it” at the international airport in the Mexican capital.

The diplomat added in a speech that “the vaccination of the population in Russia is already well advanced, but also, as Mr. Marcelo Ebrard said, we have the opportunity to supply vaccines to other nations,” as quoted by the Russian news agency Sputnik .

The antigen developed by the Nikolái Gamaleya Center for Epidemiology and Microbiology “is already authorized in more than 30 countries around the world, including European nations,” explained the Russian diplomat, together with Mexican Vice Chancellor Martha Delgado.

In Latin America, Russian vaccine supplies they are already being carried out in Argentina, Bolivia, Paraguay and Venezuela.

The Russian vaccines will be applied to people over 60 years of age starting Wednesday in three city halls of the Mexican capital.

“The joint population of these three municipalities is 190,000 people (older adults) and the number of vaccines that arrive is 200,000, precisely a brand of vaccine that we want to fit the entire population aged 60 and over, for this reason they were selected “explained the head of government of the capital, Claudia Sheinbaum on Monday.

Mexico began vaccinating its health personnel on December 24, with the serum from Pfizer / BioNtech. Photo: AFP

The contract to acquire the Sputnik V vaccine is for 24 million doses, to be administered in two applications, to 12 million people.

On Saturday, the country had received a shipment of another 200,000 vaccines manufactured by the Chinese laboratory Sinovac.

Previously, shipments of vaccines manufactured by the US laboratory Pfizer along with the German BioNTech, the British-Swedish pharmaceutical AstraZeneca and the Chinese laboratory CanSino had already arrived in Mexico, which have already been applied to the population since the end of December.

Mexico was the first country in Latin America to begin vaccinating, on December 24. The first group to receive the injection was medical personnel who care for Covid-19 patients. And it was only on February 15 that it began to vaccinate people over 60, who number about 15 million in the country, according to official data.

The government of Andrés Manuel López Obrador hopes to finish vaccinating this sector of the population by mid-April.

Mexico, with 126 million inhabitants, has so far applied 1,733,404 doses of vaccines against the coronavirus.

With 180,536 deaths, Mexico is the third country in the world in the ranking of the hardest hit by covid, only surpassed by the United States and Brazil, according to the Johns Hopkins University online registry. In total, the country registered 2,043,632 million cases.