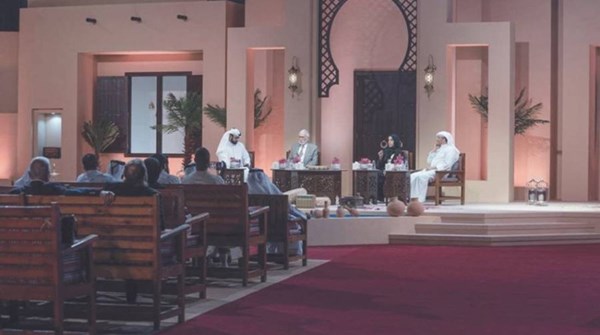 The Sharjah Ramadan Council, organized by the Sharjah Press Club of the Sharjah Government Media Office in its tenth edition, continues its efforts aimed at promoting constructive dialogue and raising awareness of societal values, in four different locations, including Sharjah, Khor Fakkan and Kalba, and hosts a group of specialists and experts to discuss 5 main themes in the period from This April 19 until next May 3, when the first session will start today at the Holy Quran Complex in Sharjah, through the religious session titled “Reasons for Happiness in the World and the Hereafter.”
Tariq Saeed Allai, Director of the Sharjah Government Media Office, confirmed that the Emirate of Sharjah, under the directives of His Highness Sheikh Dr. Sultan bin Muhammad Al Qasimi, Member of the Supreme Council and Ruler of Sharjah, has become one of the most prominent cities that confirm its constant keenness to promote the values ​​of communication.
Since its launch in 2012, the Council has held more than 50 discussion sessions, including no less than 5 annual sessions on sports, art, culture, religion, society and other vital topics, which discussed in the first of its sessions the positive repercussions and societal impact of the interventions of His Highness Sheikh Dr. Sultan bin Muhammad Al Qasimi, Member of the Supreme Council and Ruler of Sharjah Through the direct line program broadcast by the Sharjah Radio and Television Authority and his great keenness to interact directly with the issues of the citizens of the emirate and its residents, in what is considered a pioneering model in positive communication with all members of society and an example to be followed in instilling the values ​​of constructive communication.
For her part, Asma Al Juwaid, Director of the Sharjah Press Club, affirmed that the club works on the basis of its constants and mission that are compatible with the values ​​and principles of journalism, to discuss topics of interest to all individuals and to present thematically, believing in the importance of dialogue and the exchange of visions and ideas. Al-Juwaid called on the public to follow the sessions of the tenth edition of the Ramadan Majlis, either by attending the sessions in their various places or via the live broadcast on the Sharjah Government Media Office channel on the YouTube platform.

In the United States, the shooting killed three people

Details of the elimination of Suleimani have appeared