The first quarter left a fiscal deficit of 0.5% of GDP, the lowest result in six years 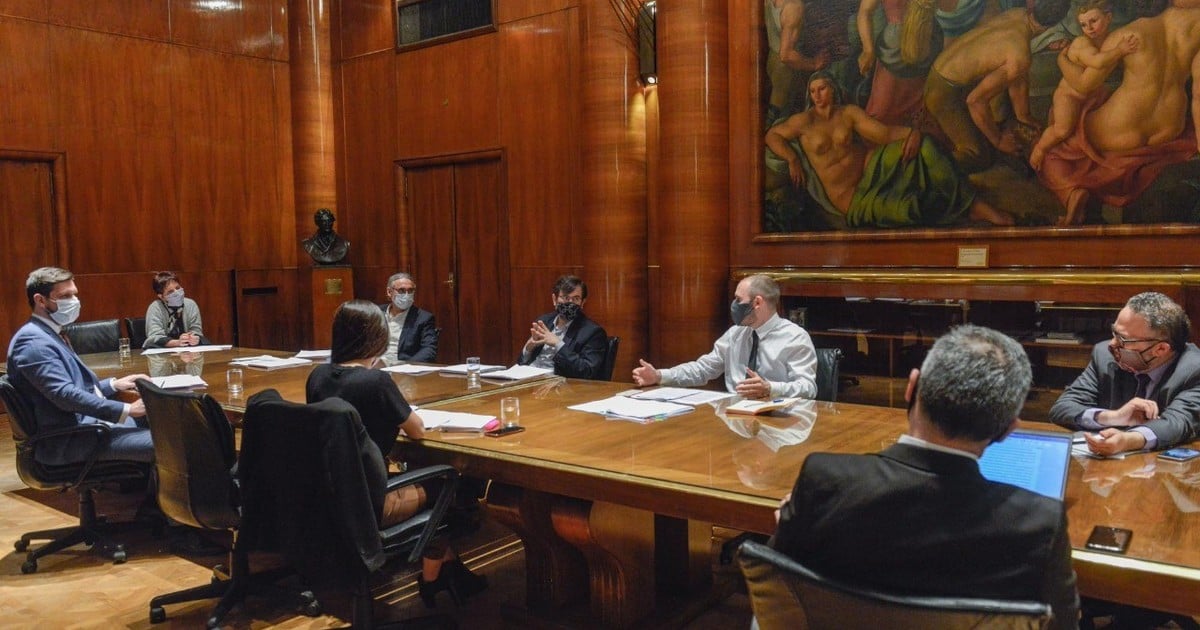 With a fiscal deficit of 0.5% of gross product, the first quarter of the year mark a setting in public accounts, which leads him to exhibit the best result in the last six years.

The accumulated fiscal deficit for the first quarter was $ 184,408 million. This result includes the payment of interest on the debt. If you look only at the public deficit, without the debt, the negative balance is equal to 0.18% of the product, below the result of last year, when spending was “fattened” by the start of the quarantine.

The data comes from the March fiscal report presented by the Ministry of Economy. Despite the progress of the quarter, the red of the public accounts grew strongly in March and reached $ 74,446 million. Thus, he multiplied by four the result of February, when the deficit had been $ 18,757 million.

In relation to February, expenses rose in March by $ 91,000 million, while income did so by $ 37,000 million. Between one month and another lhe items for social benefits jumped $ 68,000 million.

The economist Nadín Argañaraz explained that in the first quarter, total revenues grew by 10.5% in real terms compared to the same period in 2020, while primary spending was almost at the same level in constant pesos, since increased only 0.7%. Total spending, with interest included, fell by 5.7% in real terms due to the effect of the debt restructuring.

In this way, the quarter allows us to see how the Government was applying a spending adjustment. In fact, Argañaraz details that primary current spending, not counting debt payments, it fell about 6% in relevant items such as salaries and social benefits.

Instead there was hike in energy and transportation subsidies, an increase of 23.6% and 19.3% in real terms, respectively. The two items thus gained a share in the structure of national public spending.

“In the first quarter of 2021 a primary result has accumulated that is in deficit by the equivalent of 0.18% of GDP. It is much lower than what happened last year, and is more in line with the primary deficit accumulated in 2018, for example “, brand Argañaraz.

Facing the restrictions that have already been applied by the second wave of Covid and those that could be added, Argañaraz states that “the second wave of COVID-19 raises a question mainly on the spending side. The 2021 budget does not have a Covid expense contemplated “.

So far the “Covid expense” of this second wave includes the payment of a $ 15,000 bonus to almost 1 million beneficiaries of the AMBA between holders of the Universal Child Allowance (AUH) and monotax A and B. This already implies an expense almost $ 15,000 million.

In addition, the Government extended REPRO aid to private sector companies in difficulty, mainly in the gastronomic sector. This would entail an additional cost of $ 1,400 million.

But economists warn that if the restrictions on activity are deepened this will impact tax collection and revenue, which would lead to a rise in the deficit. For this year the expected red is 4.5% of the gross product.

In March, capital spending was the main driver of primary spending, with a rise of $ 23,639 million, a jump of 142.4%. This dynamic is explained by the increase in investment by public companies, in addition to greater capital transfers to the provinces.

In this area, the assistance for water sanitation works ($ 2,961 million), the transfers for the Education sector ($ 1,745 million) and items for the development of housing for $ 1,603 million.

The report also states that in March $ 6.240 million to the acquisition of vaccines.

I am: imitators and cast request UCI bed for program producer

Three routes under consideration for tram to Arenal