The first phone call between Macron and Biden 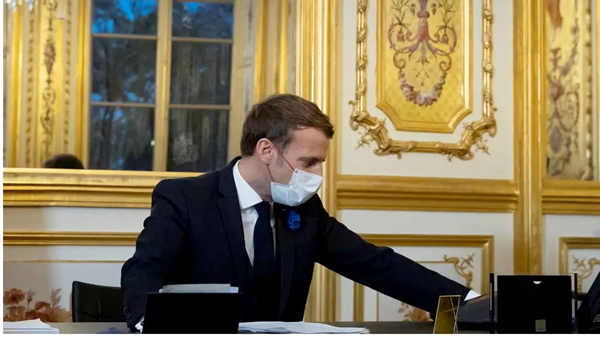 The French Presidency announced that President Emmanuel Macron will have the first telephone conversation with the new US President, Joe Biden, on Sunday evening.
The Elysee said that the conversation would allow “to confirm that the basic principles still exist – the principles of a common history that make us America’s oldest ally (…) – and to say that we will always be this reliable ally who always stands by them.”
The source added that “we must also map out the main axes of an action agenda for the coming months on climate, vaccine distribution in the world, health reform and global trade.”
Washington rejoined the Paris climate agreement and the World Health Organization after a four-year break under the Donald Trump administration.
The French presidency also stressed the importance Macron attaches to “the issue of European sovereignty, strategic independence, the future of NATO, and also his desire to succeed for and with Africa.”
Macron and Biden had a telephone conversation on November 10, days after the presidential election. Biden stressed at the time his desire to revitalize bilateral and Atlantic relations, especially through NATO and the European Union, which were often bad in the era of Donald Trump.
The Elysee said that Macron will be the first head of state in the European Union to receive a call from Joe Biden since the latter arrived at the White House on Wednesday, which indicates “a desire for close cooperation between the two presidents.”
Macron wants to “build a renewed dialogue” between the European Union and the United States, according to the French presidency. She explained, “The matter is about launching a very frank dialogue without denying the differences, especially on digital and commercial issues.”
Macron, who came to power in 2017, had never met Biden, who was Vice President Barack Obama between 2009 and 2017.

It’s urgent ! The post from Dr Christophe Prudhomme. The vultures from Pfizer