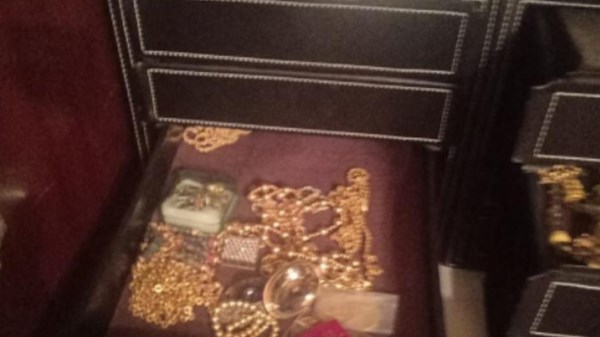 The issue of the discovery of jewels, gold, antiquities and precious stones in one of the apartments in the Zamalek neighborhood, south of Cairo, is still a matter of controversy and the interest of the Egyptians, who called it “Ali Baba’s Cave”, for its precious contents that exceed one billion Egyptian pounds and go back to all ages.

In the first official move for the owner of the apartment in the State of Kuwait, the Egyptian lawyer of cassation and supreme constitutionality Khaled Abu Bakr, in his capacity as an agent for Counselor Ahmed Abdel Fattah Hassan, counselor at the Kuwaiti Court of Cassation and former Vice-President of the State Council, announced that he had submitted a request to the Egyptian Minister of Justice, Counselor Omar Marwan, to find out the reason for the storming of his apartment in Zamalek, demanding that the issue be stopped in the media.

The lawyer of the owner of the apartment said in his request that the media should be alerted that the issues under investigation cannot be addressed in the media in this way, so as not to affect the course of the investigation.

Abu Bakr explained that his client works in the State of Kuwait and has an apartment located at 20 Mansour Muhammad Street in Zamalek, south of Cairo, where he resides when he comes to Cairo for vacations, and he was surprised by many calls from neighbors saying that there are people who break the apartment, and it seems that they are people who follow the state according to oral accounts, and then my client was surprised With a huge media campaign against him and his son, the sanctity of his home was violated, and his responsibility was questioned. He was also surprised by the video and photos of his home that were reported by the media, and they released descriptions and names that affect his reputation and history.

The Egyptian lawyer added that talking about holding a press conference by the Ministry of Justice does not conform to the correct law, pointing out that holding it may affect the ongoing investigations, which we repeat that we do not know and do not know their course.

The lawyer of the owner of the apartment confirmed that they were surprised that the matter was related to the Ministry of Justice or that it was under the supervision of the Ministry of Justice, according to television statements, and that there were committees to inventory the contents of his client’s apartment in his absence and without his presence, demanding to know the reason for breaking the apartment door and the reason for the existence of all these committees and to inquire about his presence as an agent for the owner The apartment is for all the work carried out by these committees whose cause or legal basis is unknown, as mentioned.